Waitress Zoe Spawton spotted Ali Akdeniz walking past her Berlin cafe every morning around 9 o’clock while she was starting up the café. Naturally, the mustached 83-year-old stood out in his impeccably tailored suits and bold ensembles usually topped off with a knitted beanie from Nike, a sequins skull baseball cap or a silver chain around his neck.

His outfits were so put together and he obviously took great pride in his appearance," explained Spawton. He also had a typical walk, he obviously had a bit of swag.

Ali came to Berlin 45 years ago from his native Turkey. He says he has always made an effort with his wardrobe. He always loved fashion, particularly his own fashion. But at his age you have to go that extra mile to look good. He’s an upright citizen and had a respectable career. So that is how he dresses. He dresses the classic suit in bright colors like electric blue, red, pale pink or green. And there's also the full army camouflage with the army jacket, army trousers and army hat. And let's not forget his triple denim ensemble. 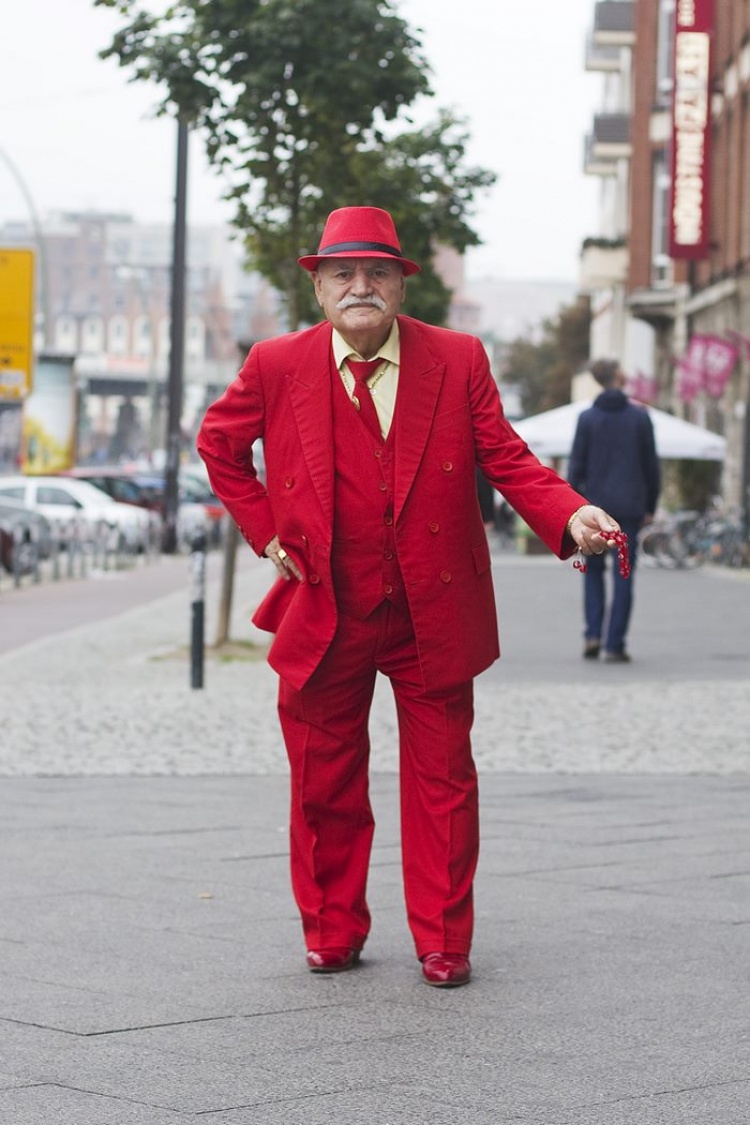 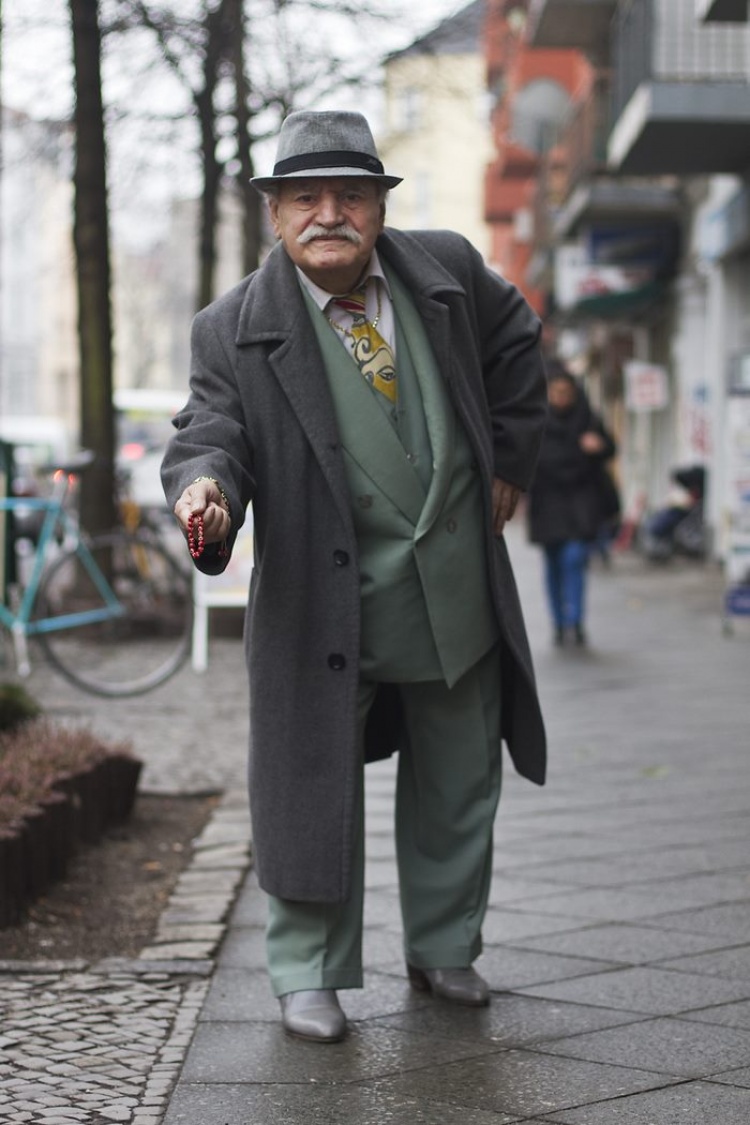 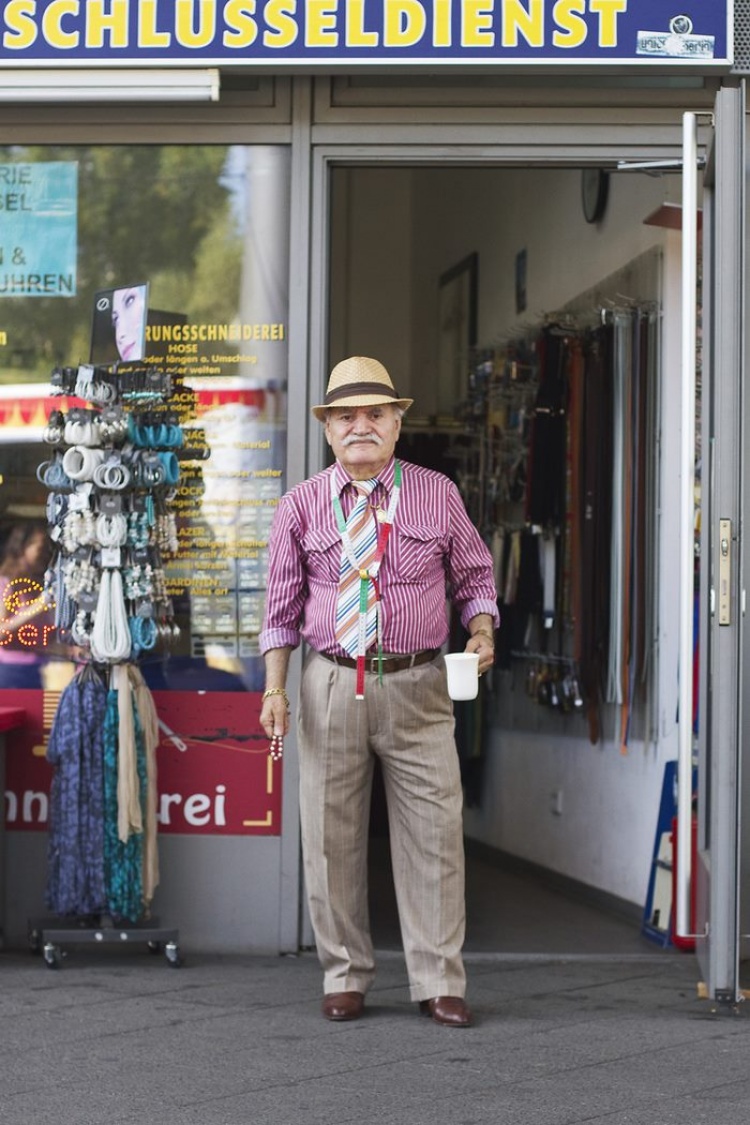 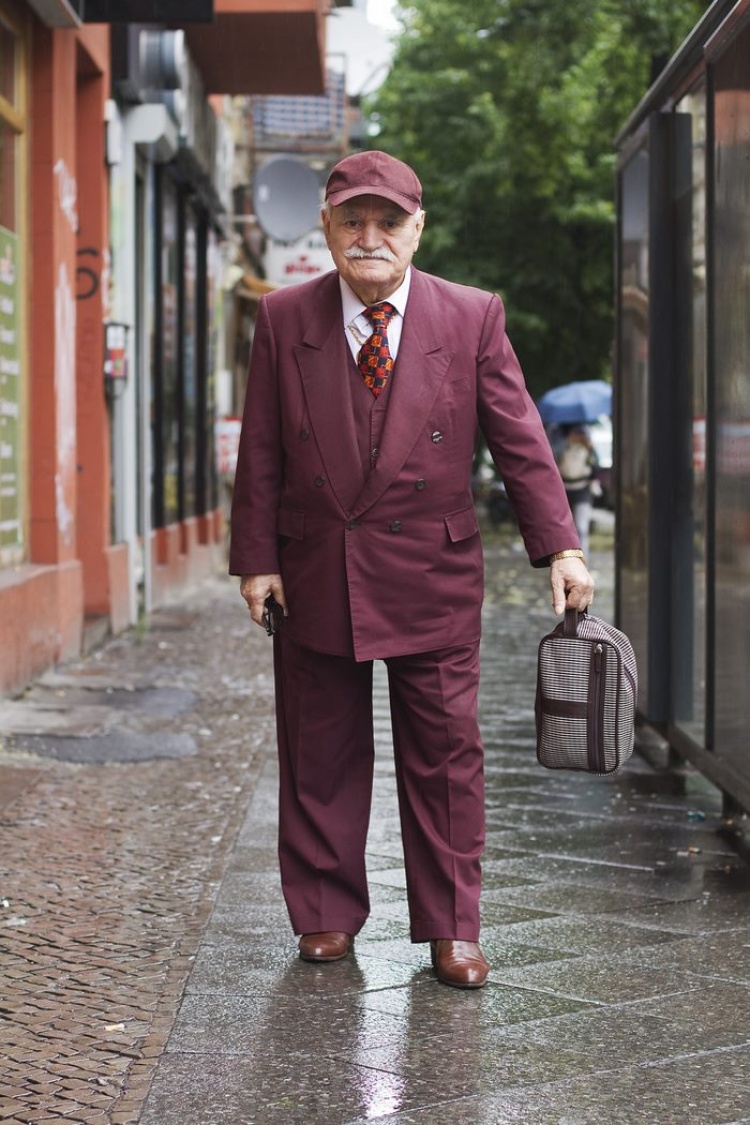 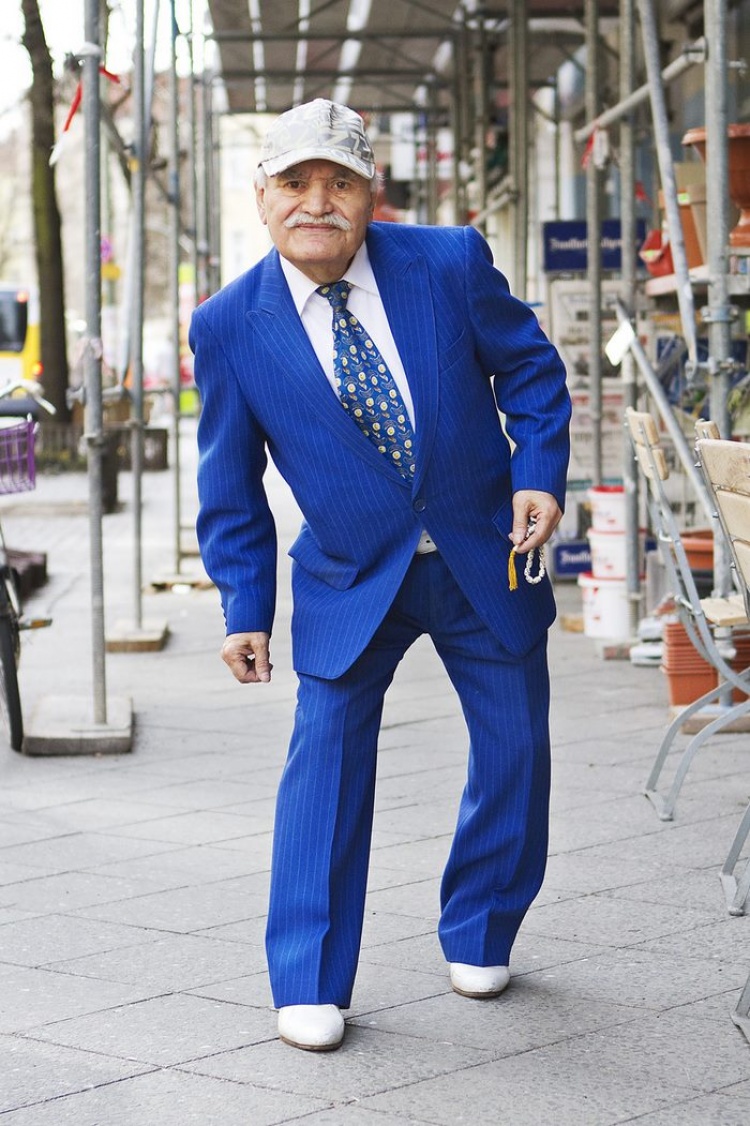 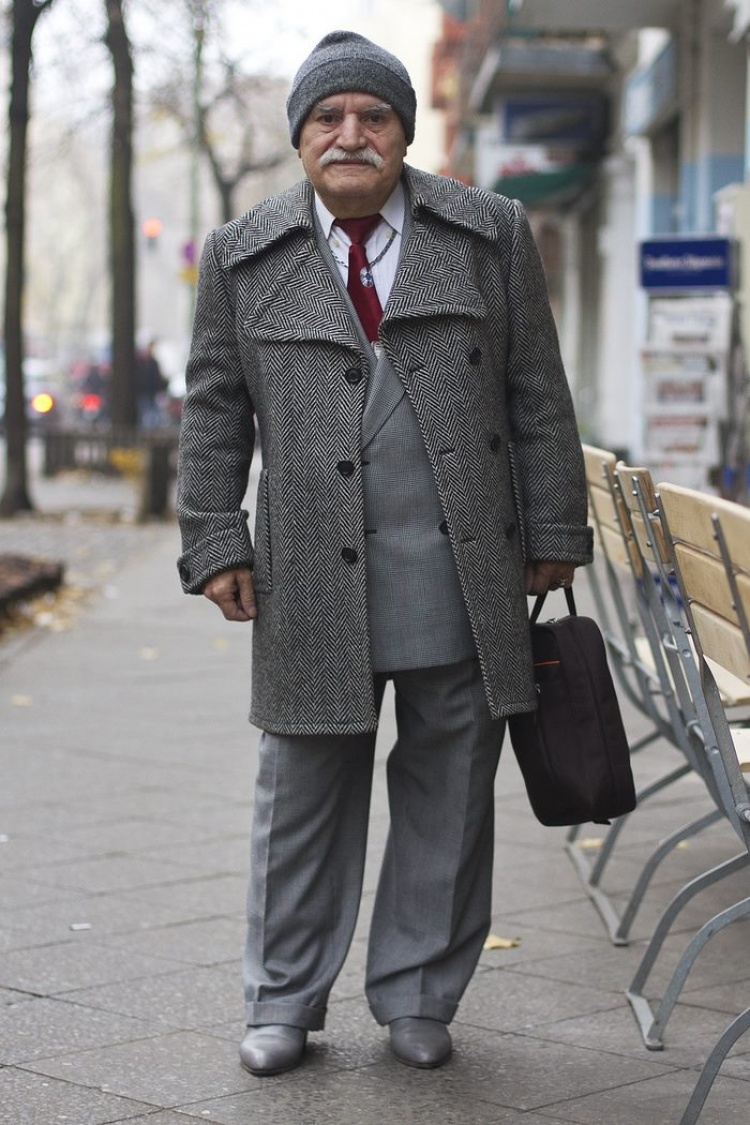 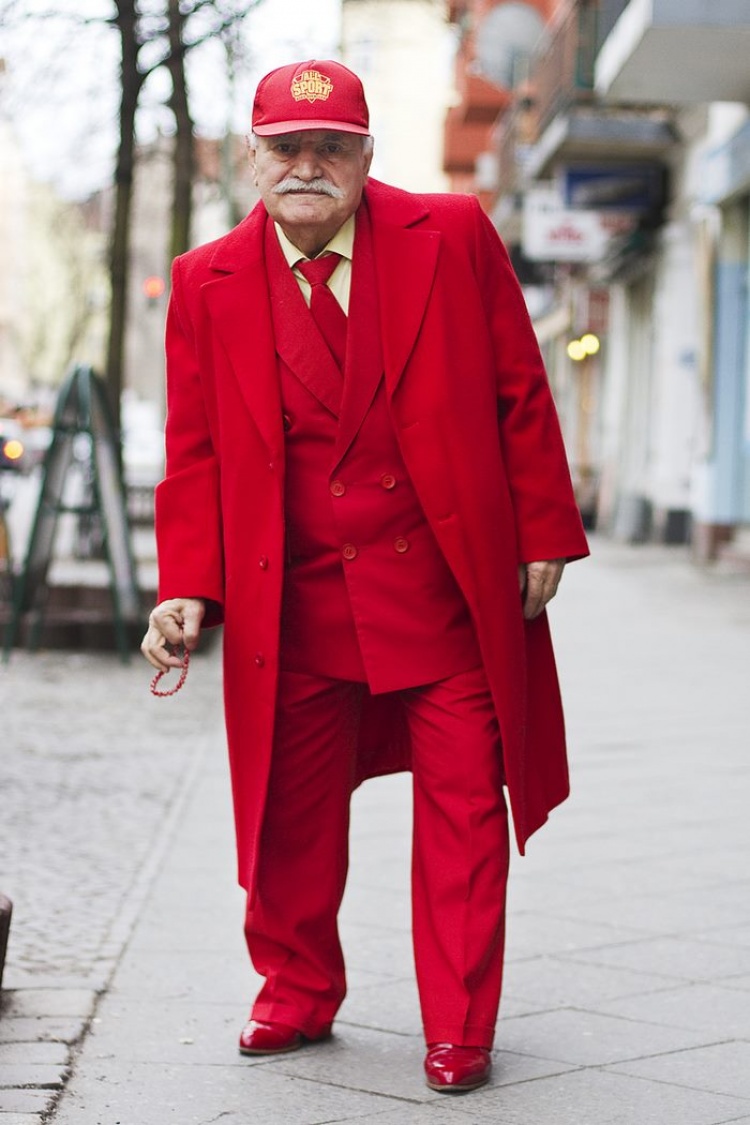