"a polka-dot has the form of the sun, which is a symbol of the energy of the whole world and our living life, and also the form of the moon, which is calm. Round, soft, colorful, senseless and unknowing. Polka-dots become movement ... Polka dots are a way to infinity." - Yoyoi Kasuma 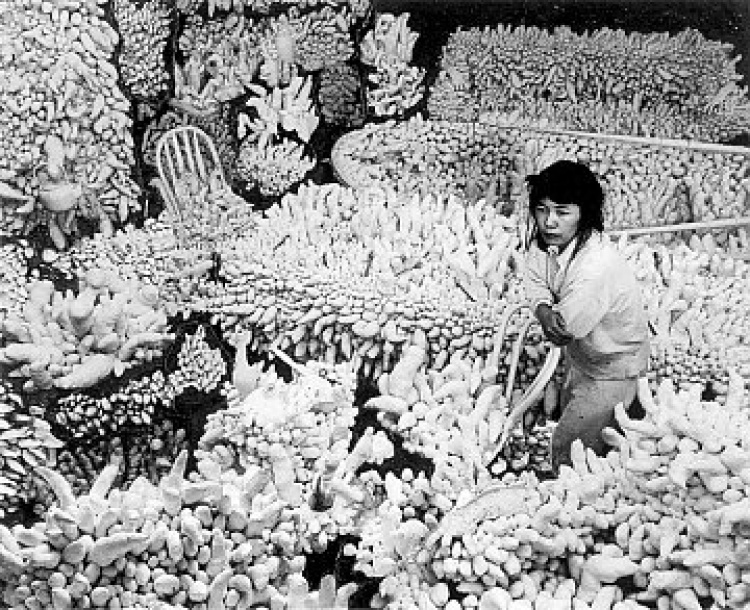 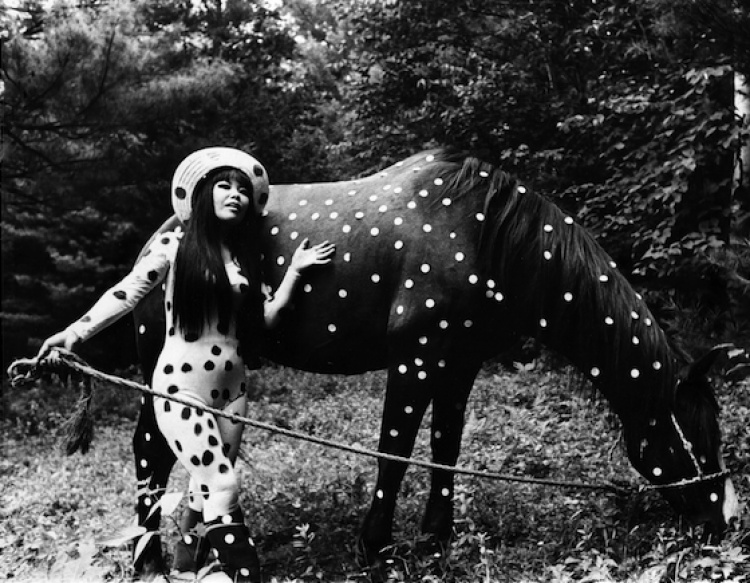 The queen of dots - That's my interpretation of the Japanese artist Yoyoi Kasuma. The inspiring woman has been blowing our minds for decades and keeps on surprising us with her explosive installations, known and travelling all over the world.

Kasuma got discovered in the sixties, when she was living and working in New York. She exhibited next to artists as Andy Warhol and George Segal and was a main figure in the pop-art movement - Her own specific style can be called New York-avant garde. Kasuma got international attention when she came out with the polkadot horse and self portrait (second picture).

This can be seen as the moment where she discovered the polkadot in her art and got obsessed with it. She began covering entire rooms, trees and what not with dots and became the Queen of dots. Her installations are overwelming and give you the feeling that you step into another world completely.

"One day I was looking at the red flower patterns of the tablecloth on a table, and when I looked up I saw the same pattern covering the ceiling, the windows and the walls, and finally all over the room, my body and the universe. I felt as if I had begun to self-obliterate, to revolve in the infinity of endless time and the absoluteness of space, and be reduced to nothingness. As I realized it was actually happening and not just in my imagination, I was frightened. I knew I had to run away lest I should be deprived of my life by the spell of the red flowers. I ran desperately up the stairs. The steps below me began to fall apart and I fell down the stairs straining my ankle." - Yoyoi Kasuma 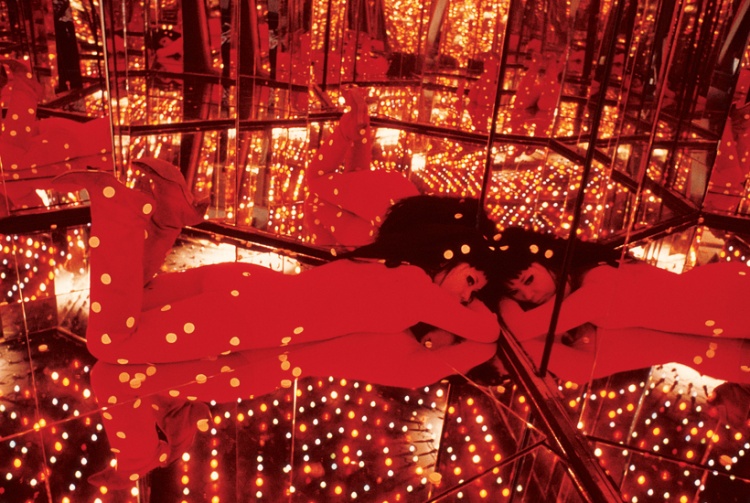 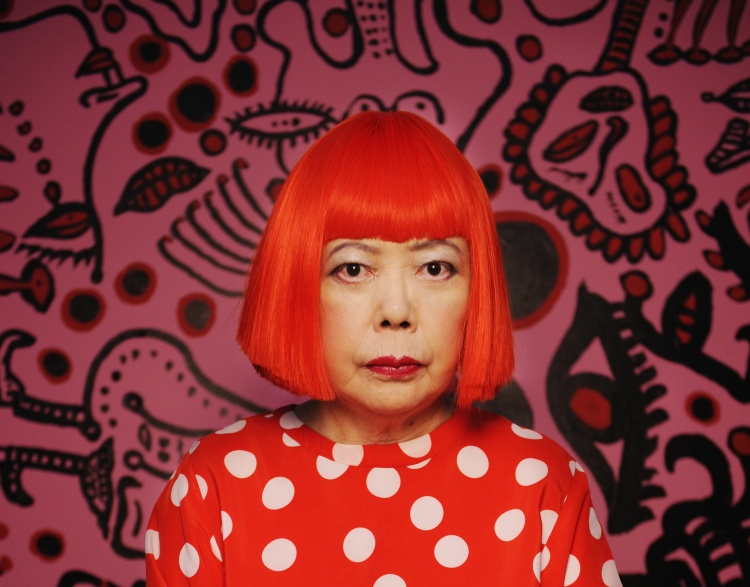 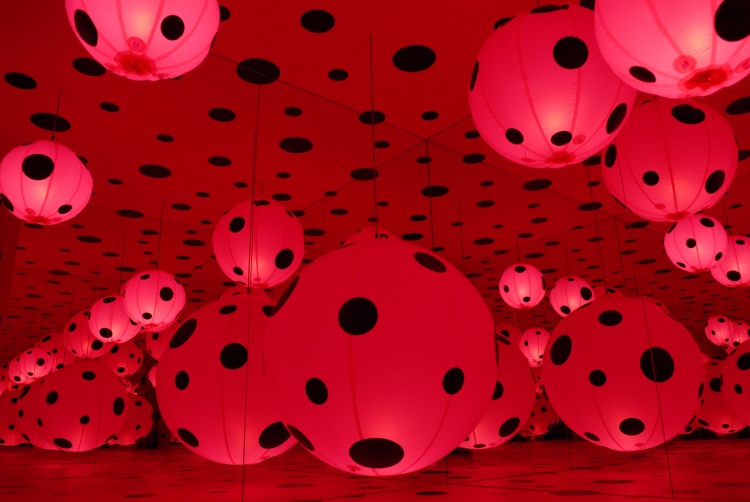 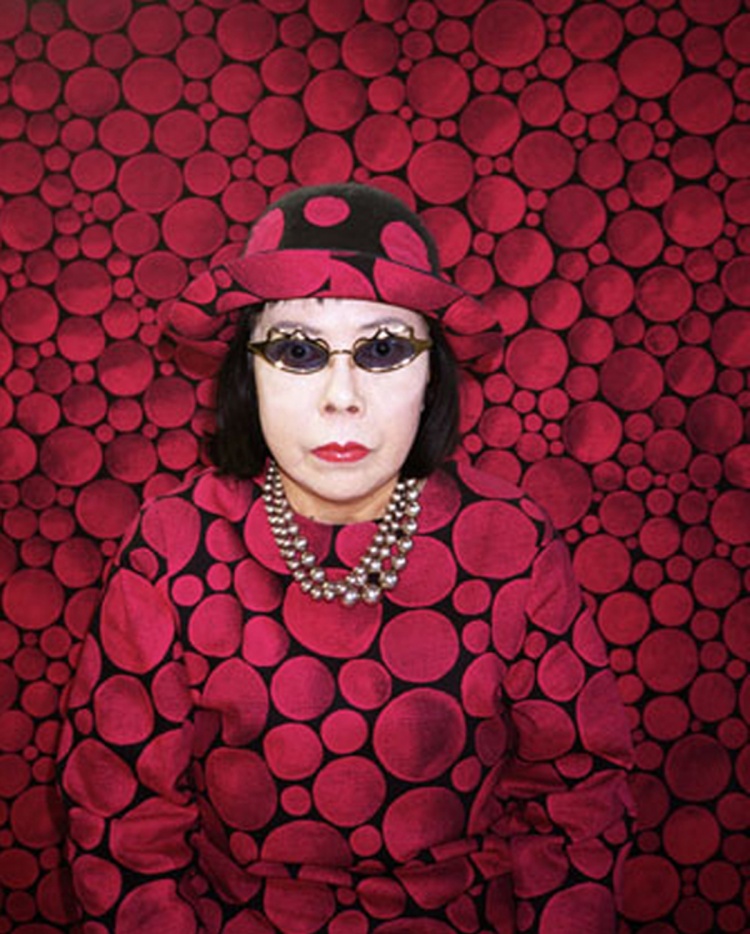 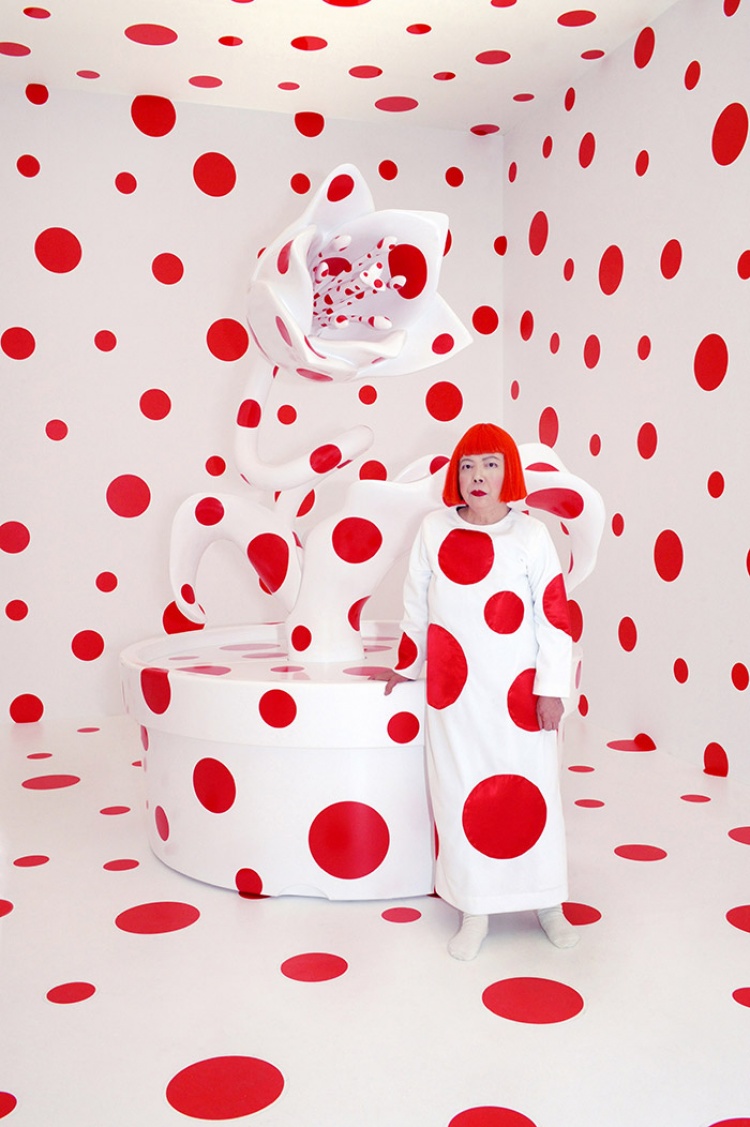 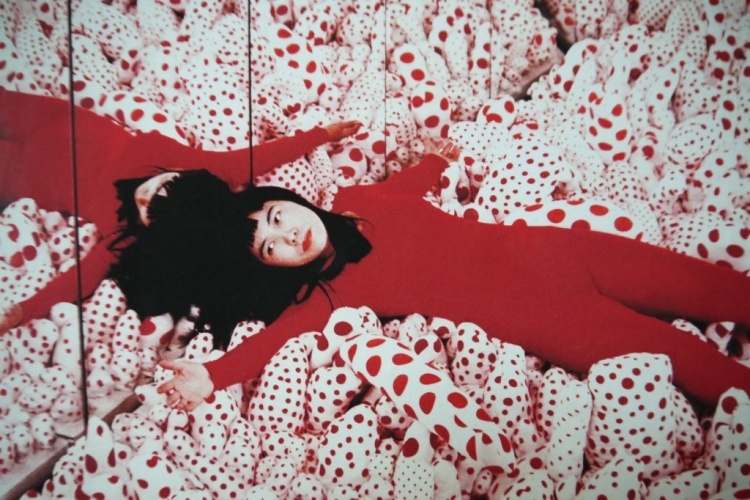 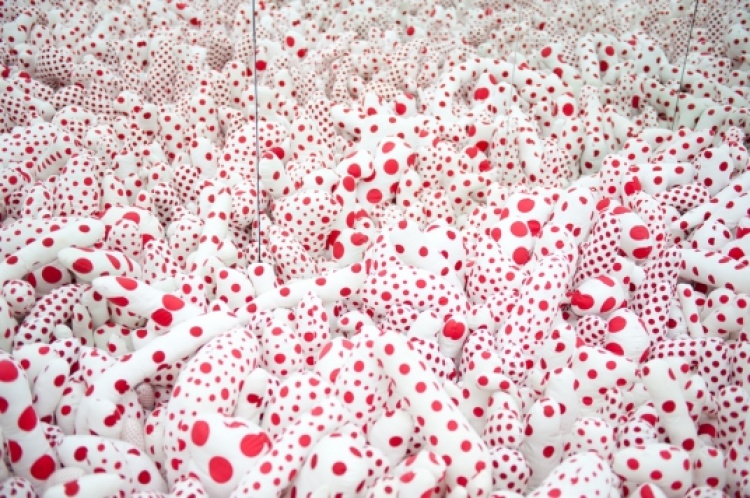 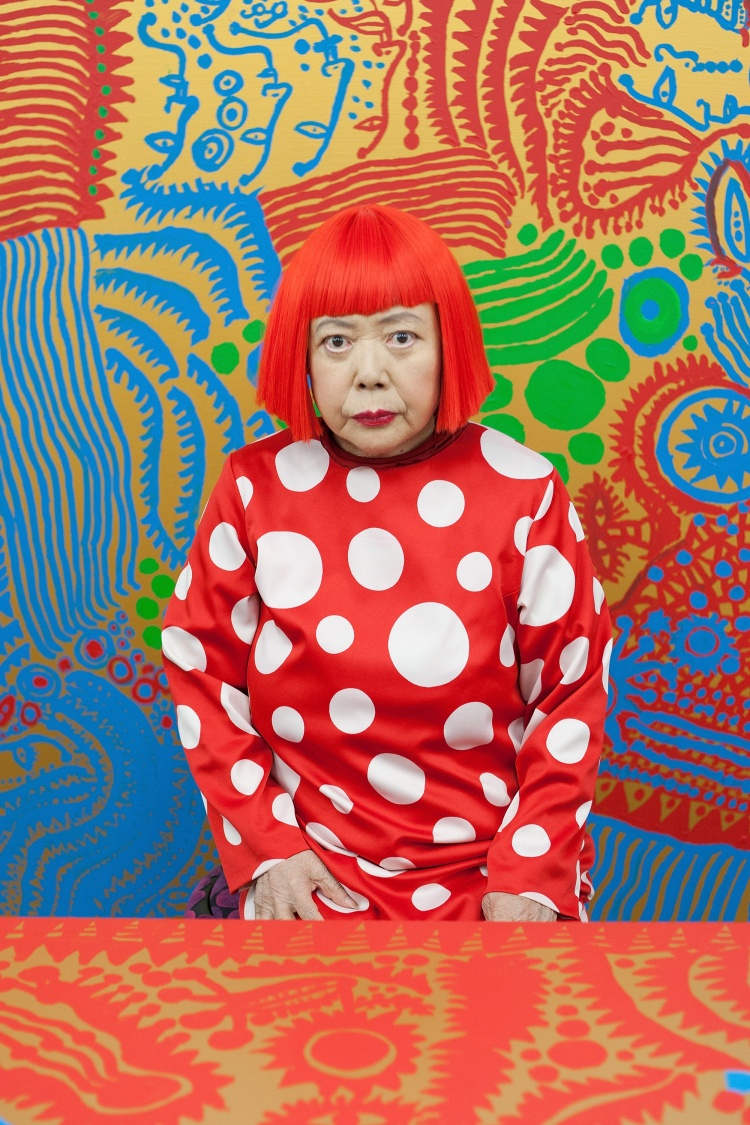 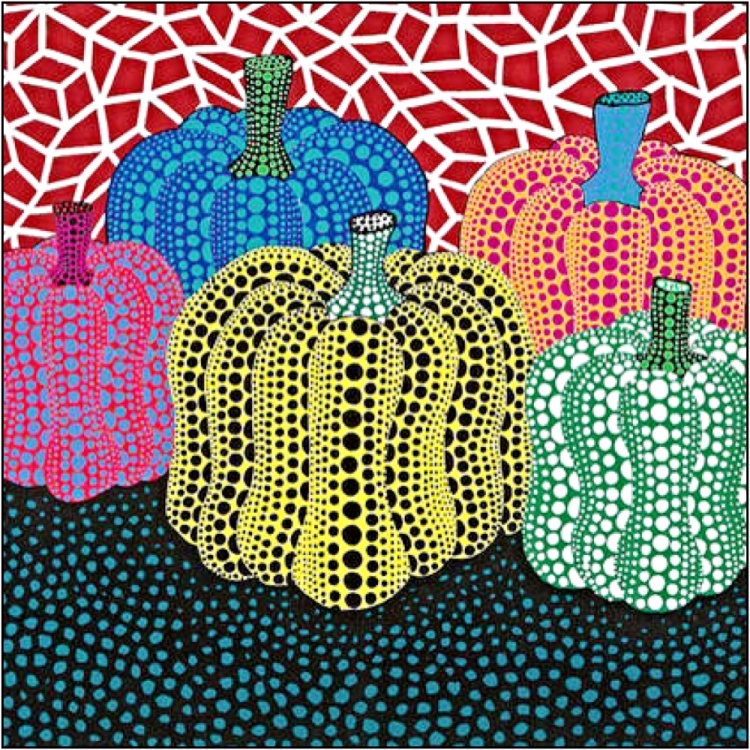 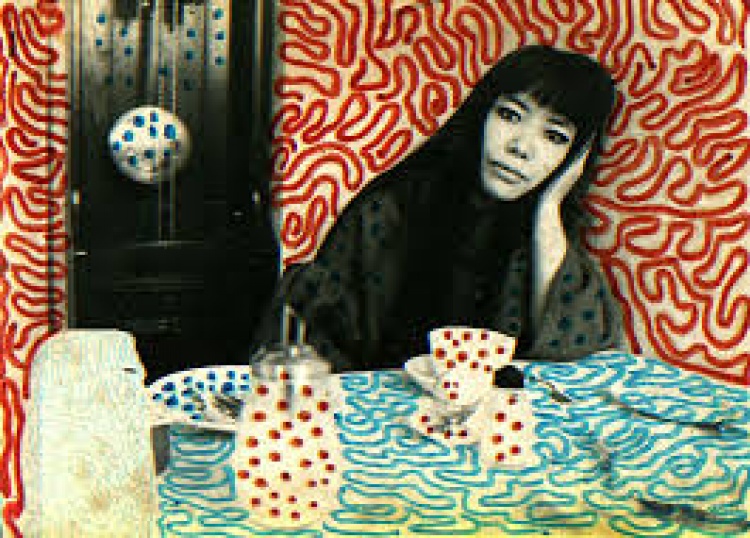 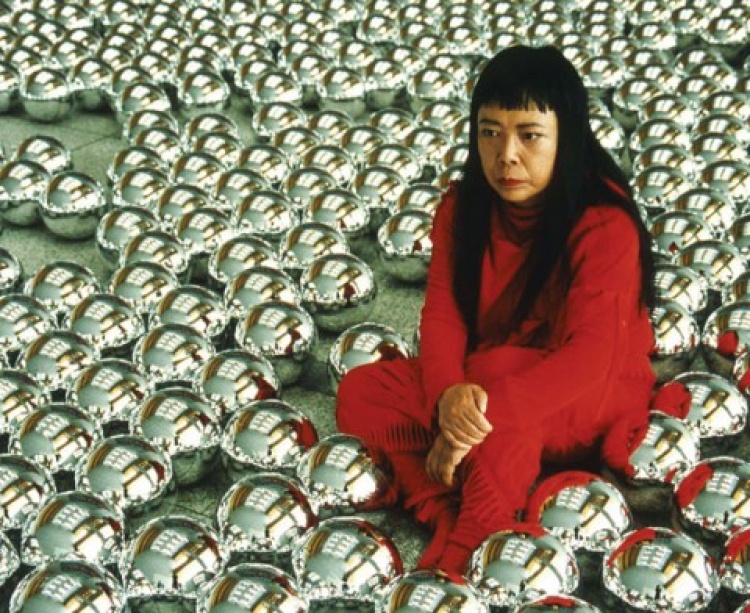 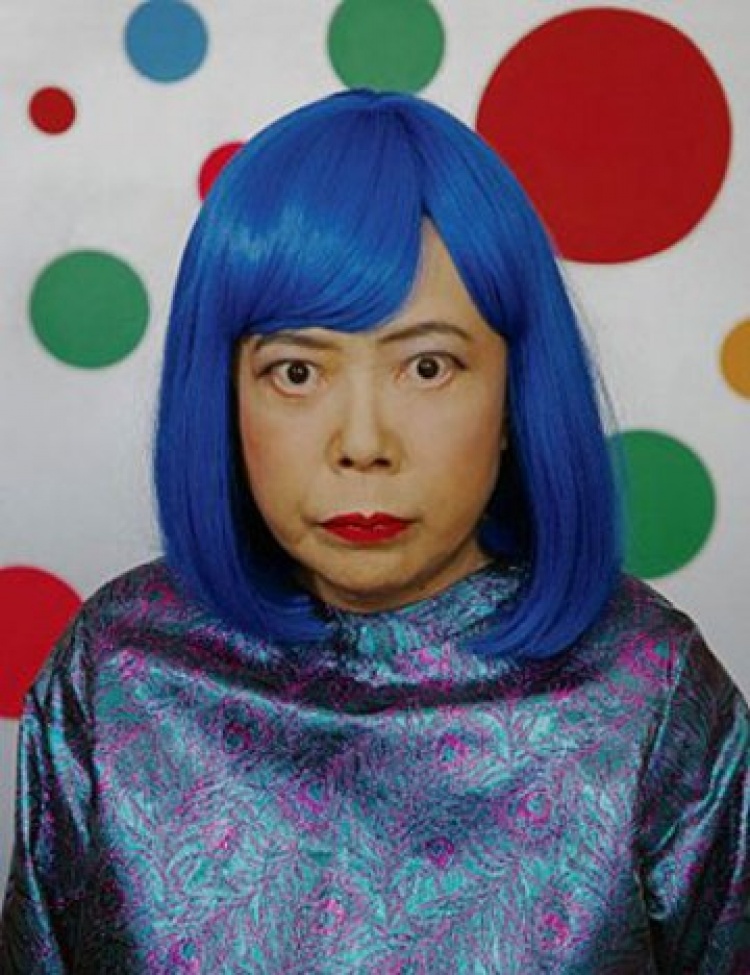 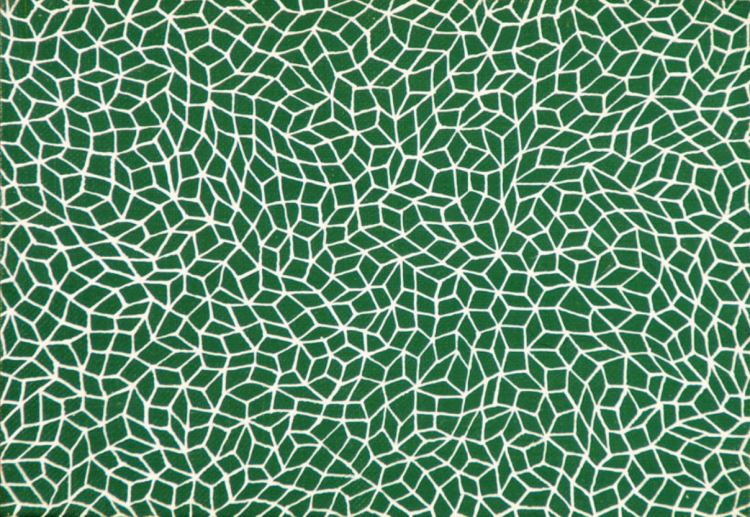 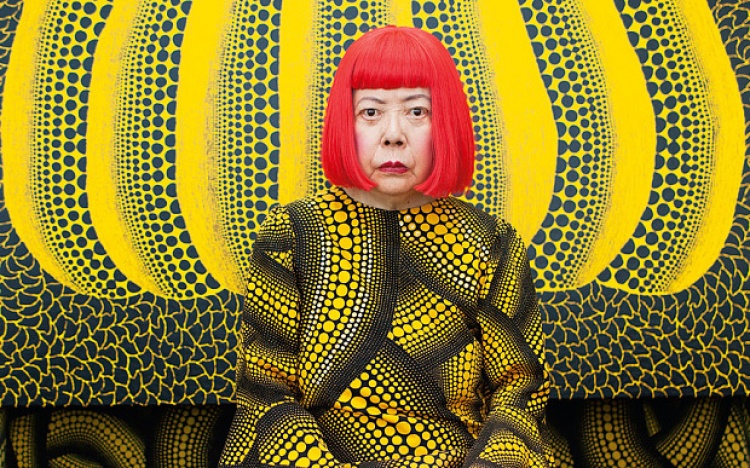 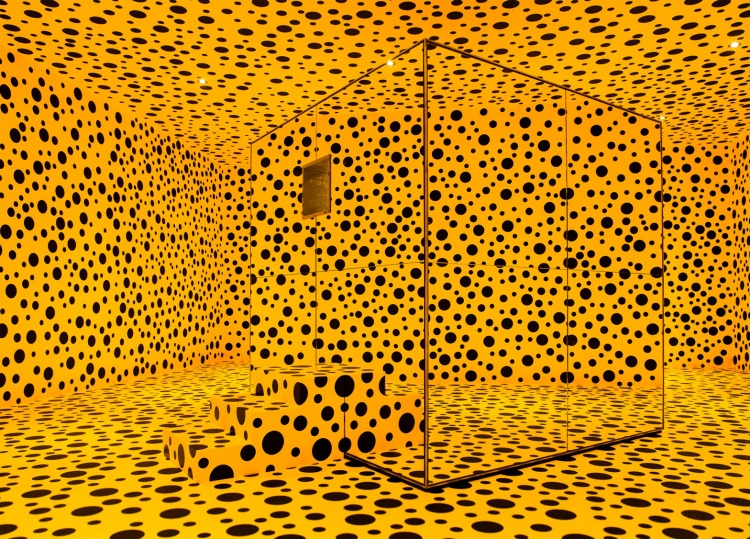 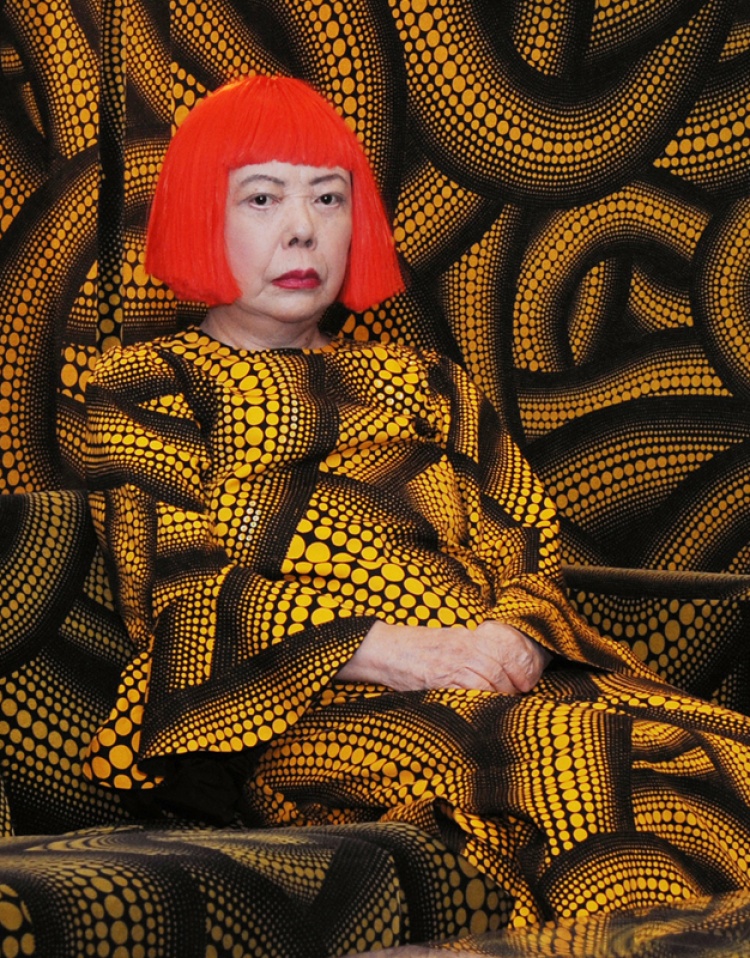 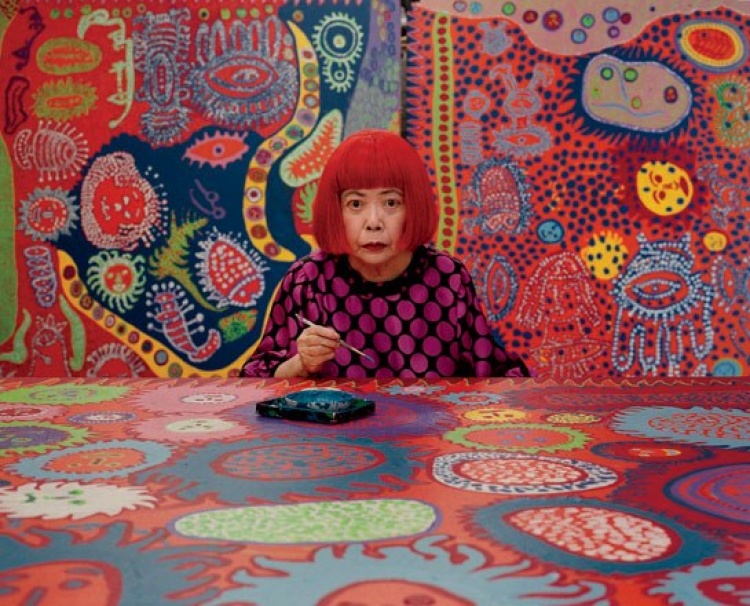 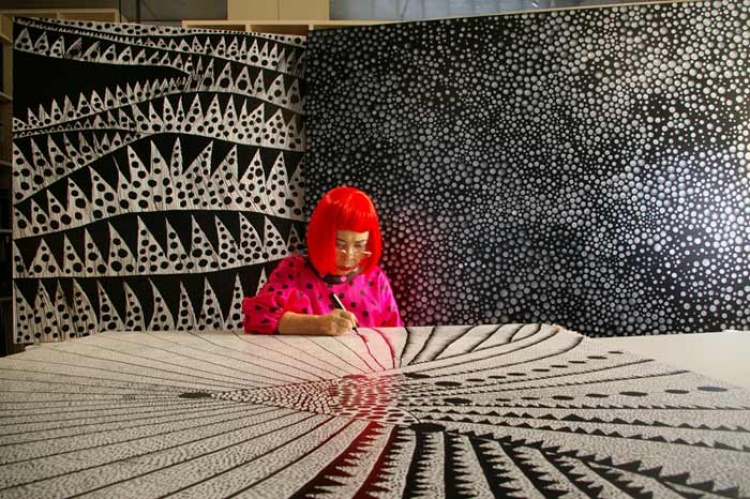 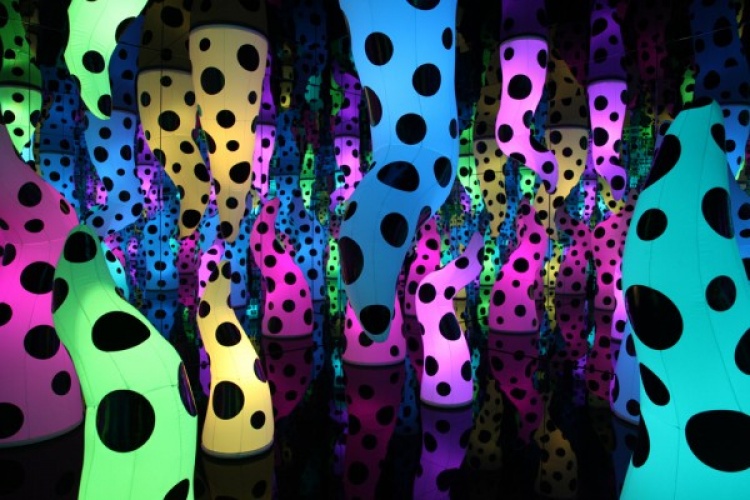