New Catalogue (artists Luke Batten and Jonathan Sadler) has created a series of original editions that fit into popular culture while expanding on traditional photography genres. The series “Big Ten Co-Eds with Ski Masks” examines elements of American iconography that are hilarious and vaguely disturbing. New Catalogue had been watching a documentary on the activism in the 1960’s relating to poverty, labour relations and the Vietnam War. Demonstrating students in 1964 caught their attention in this documentary. Many were dressed in ties, jackets, preppy skirts and sweaters. They looked part of the established. Luke and Jonathan started to look at activists and realized there is no recognizable look. They created a mash-up of the 1964 preppy students activists and militant anti war activists. 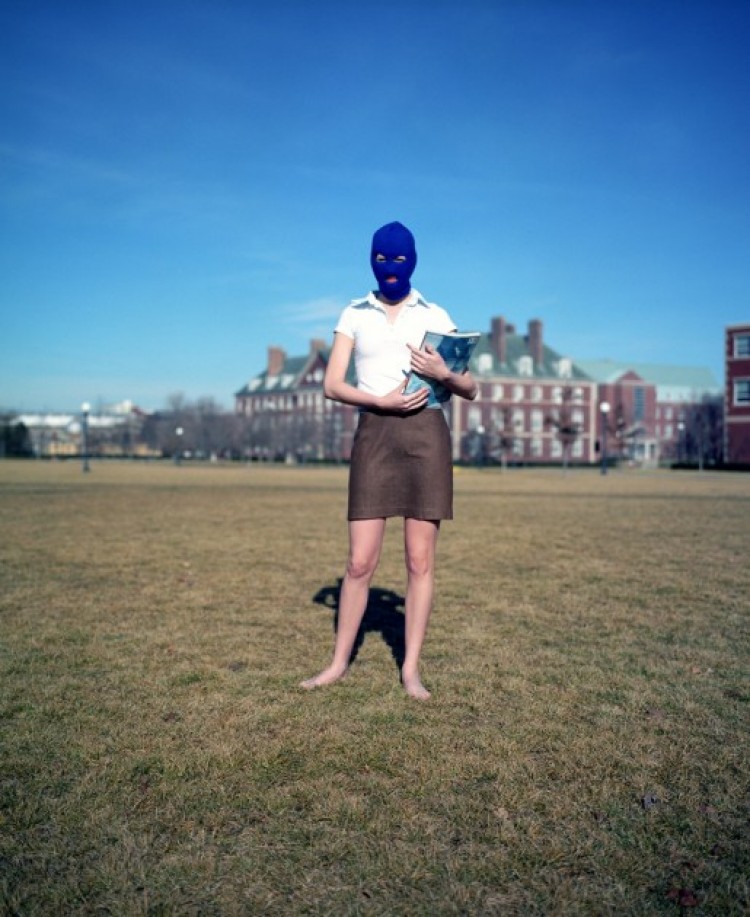 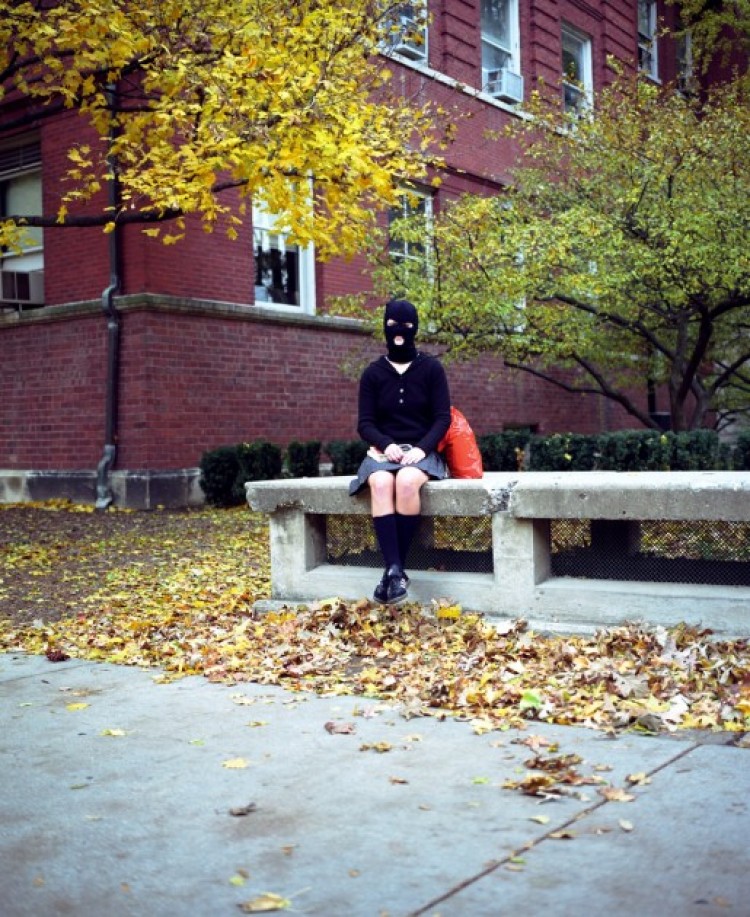 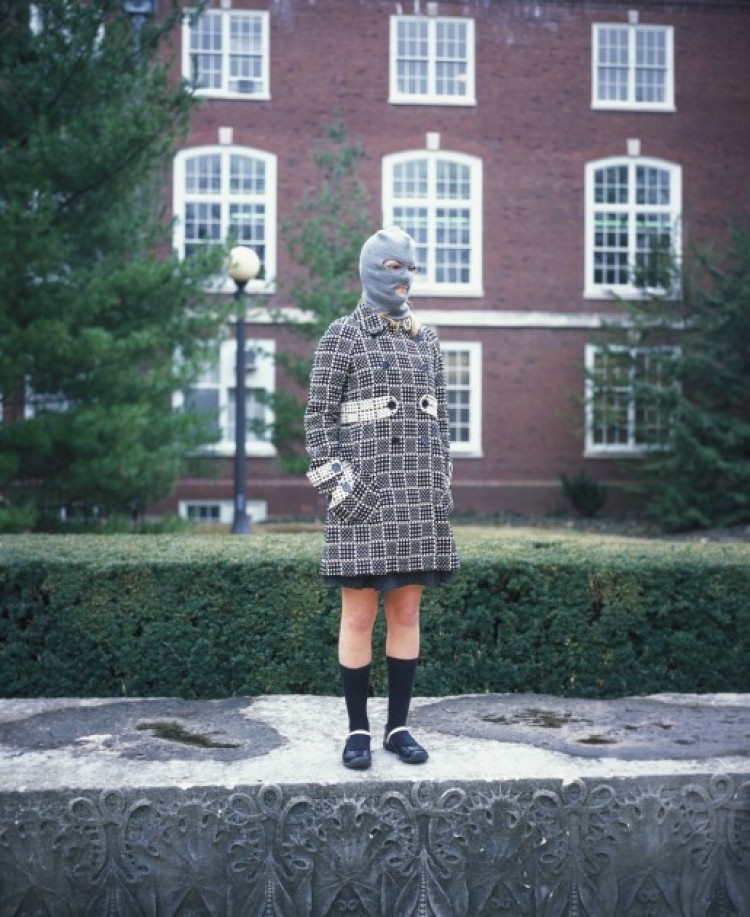 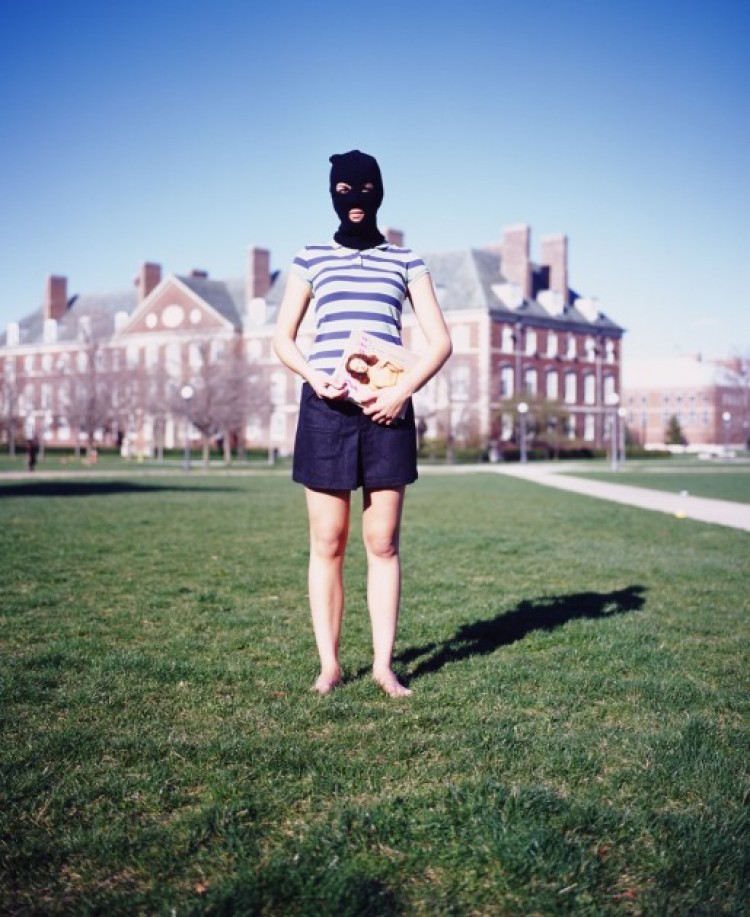 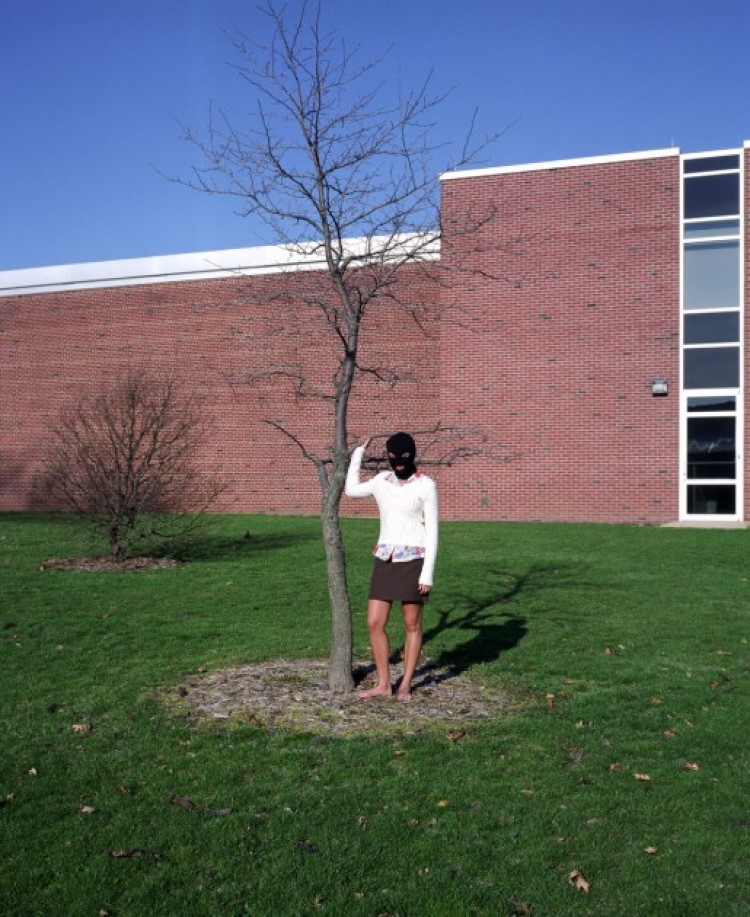 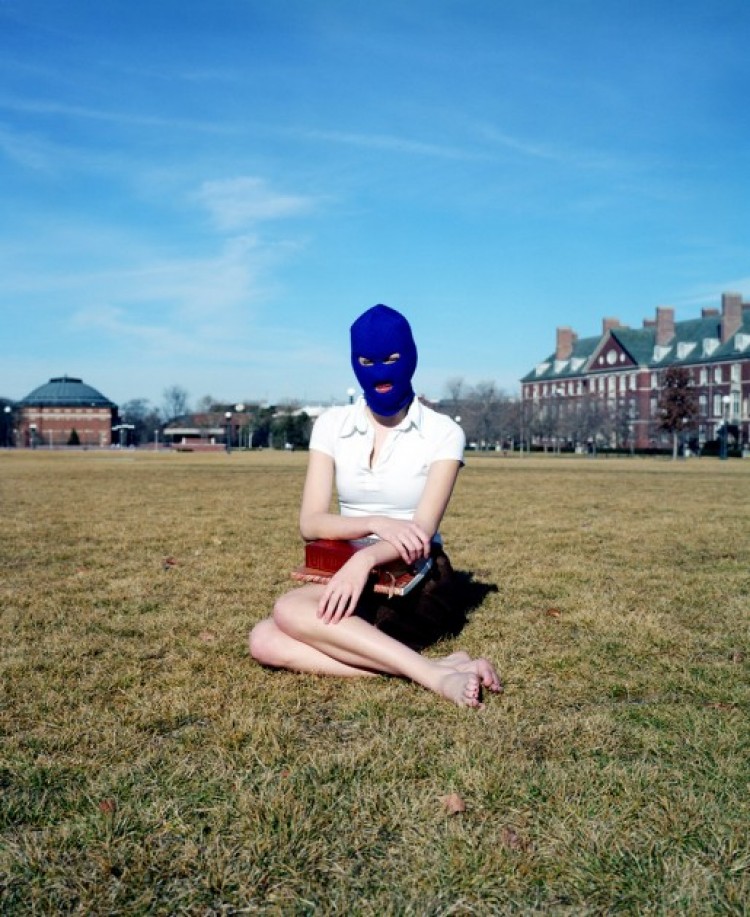 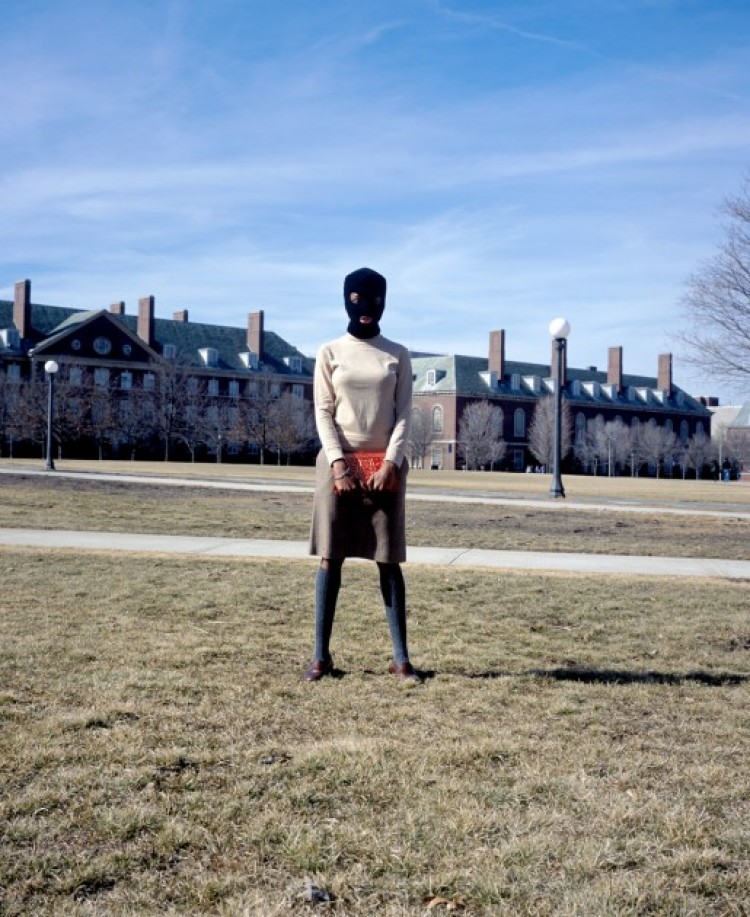