North Korea is famously secretive. Confiscating tourists’ mobile phones upon arrival in the country and going through their camera or memory card to check for unauthorized photos. No world wide web, no information allowed from outside North Korea; welcome to the North Korean regime.

Photographer and writer Oliver Wainwright launched his tumbler site “North Korean Interiors” after his first trip to North Korea. The images have a common theme throughout the established interiors. They remind me of a cool, new design restaurant and they look like a decor straight out of a Wes Anderson film. It’s a fascinating photographic tour of North Korea’s colorful and bizarre interiors. Furnishing and decor are mainly symmetrically calculated, a different consistent style of childish color ranges, a symphony of pastel colors; candy colored theatres, apple green and sky blue sport clubs or classrooms.

After his trip Wainwright revealed; “Kindergarten kitsch is the logical next step for a regime intent on projecting an image of carefree prosperity. It is architecture and anaesthetic, a powerful tool for the state to infantilize its people”. Of course we have to keep in mind North Korea did the final editing for the selection of Wainwright’s photographs. 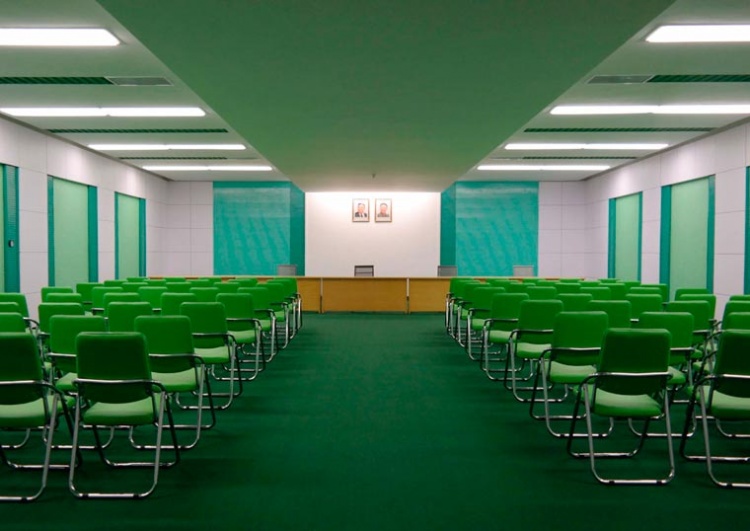 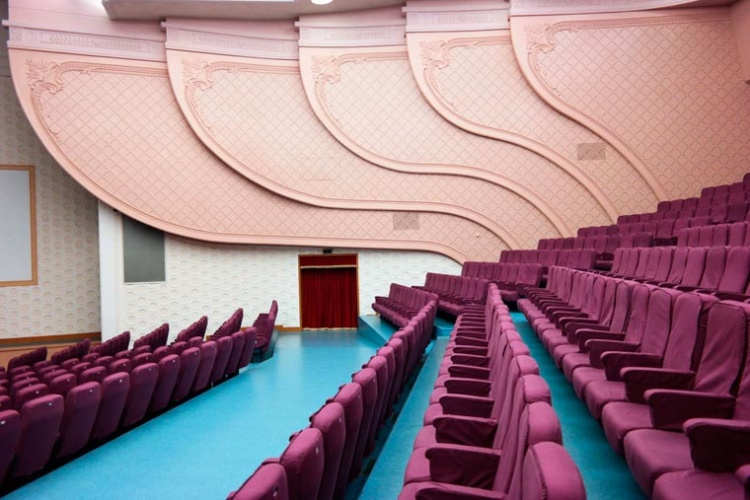 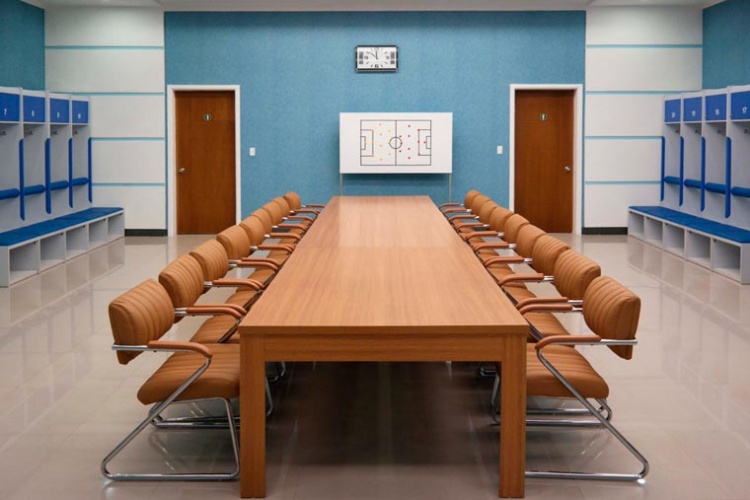 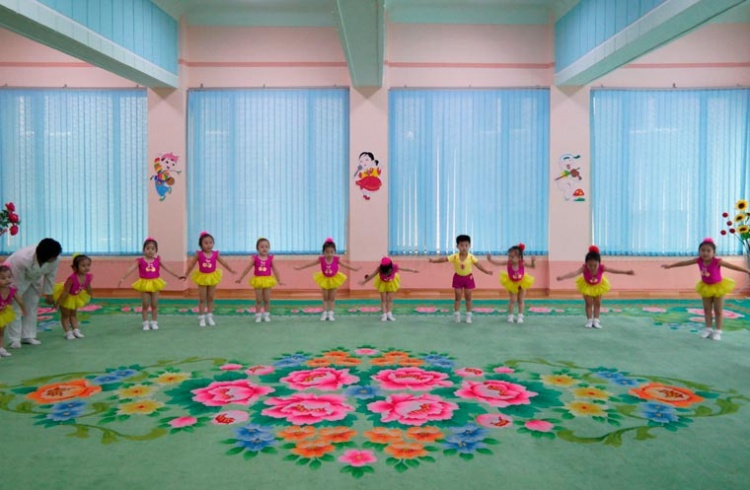 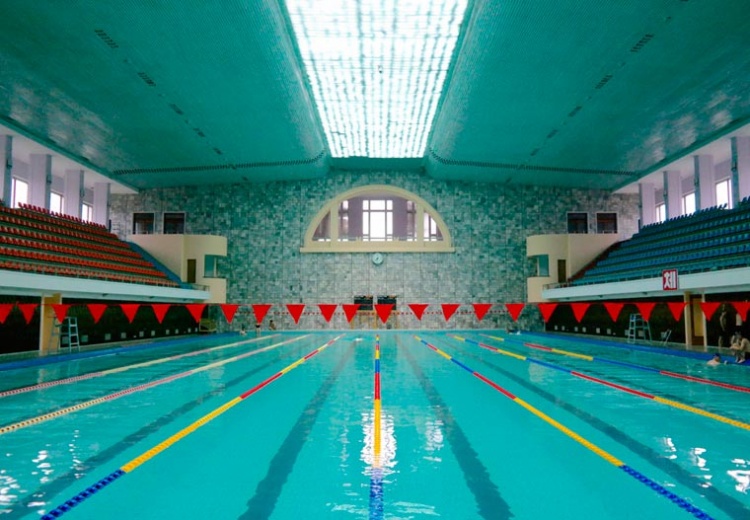 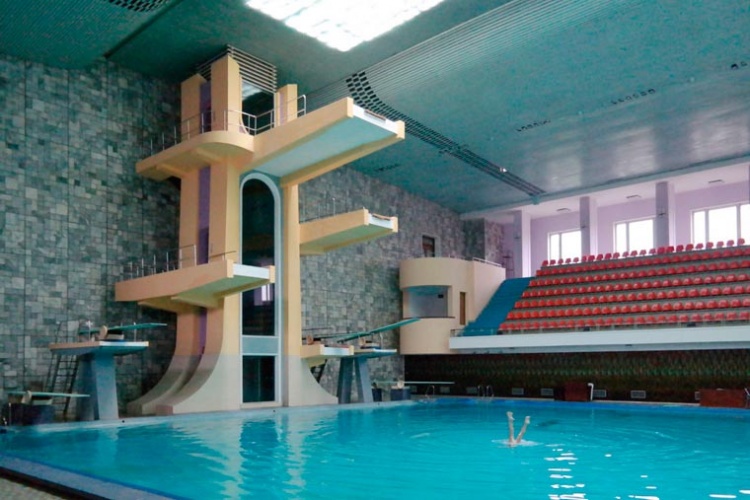 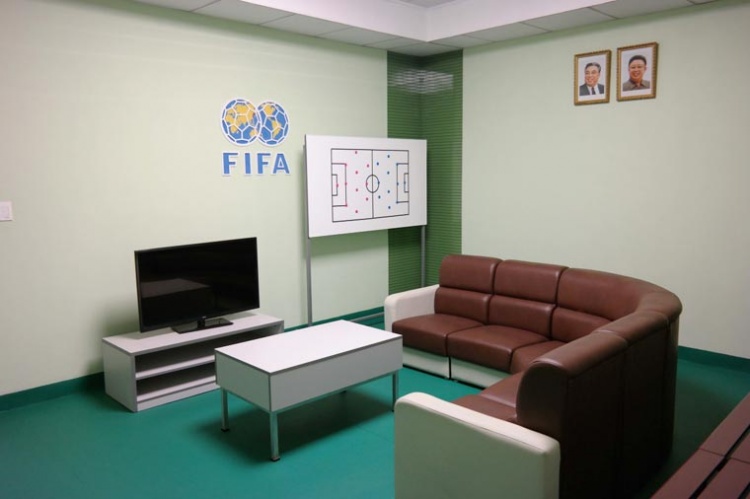 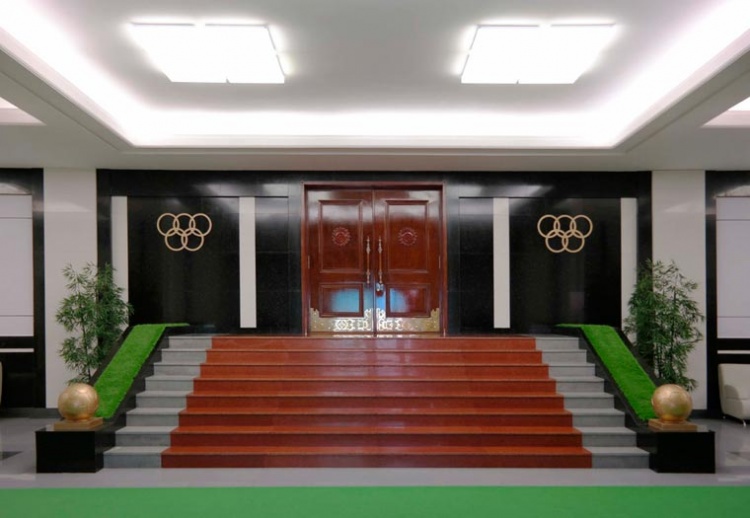 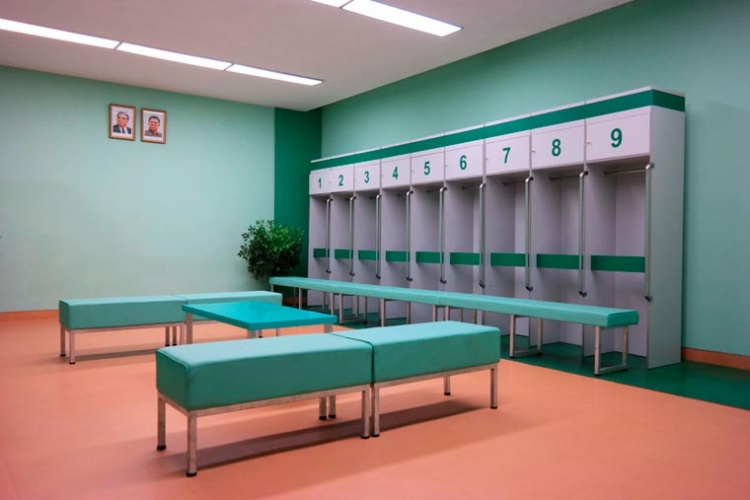