This week we'd like to introduce you to Jim Shaw. Jim Shaw is an American artist who’s work is moving between painting, sculpture and drawing. Within his thematic works he builds connections between his own psyche and America’s larger political, social, and spiritual histories. Shaw uses, quite often fairly ugly imagery he finds in thrift stores and flea markets across the USA. Using comic books, record covers, conspiracy magazines, and obscure religious iconography he produces a portrait of the nation’s subconscious. By mix and matching his own view on twenty-century life, with actual imagery of that time an eclectic display occurs.

Shaw’s way of working could be best described as ‘camp psycho-kitsch,’ the works he makes are all undated and the titles he gives them are their best descriptions: Yellow Surfer and Egg in Curl; Vietnam, LSD, JFK, Flag, Flowers etc; Depressive Figure in Concrete Landscape. Not alone do the works ooze out a certain absurd feel, the titles on their own kind of give it away. 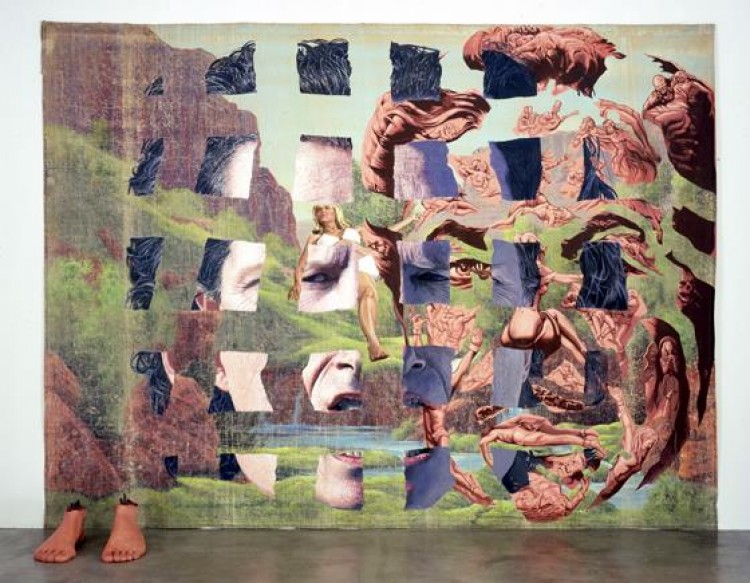 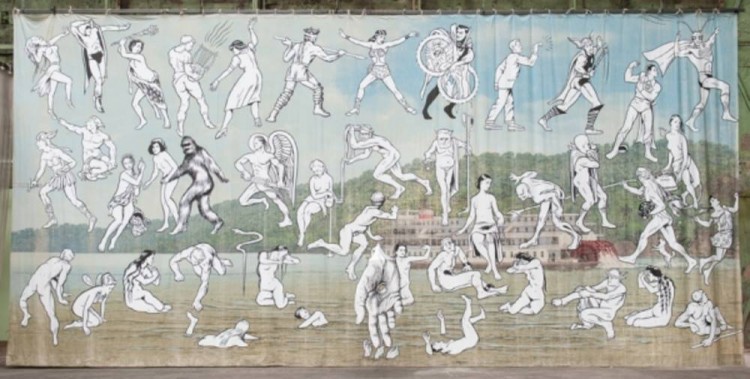