For a couple of years now I have this book that I once bought about Israeli designer, architect and artist Ron Arad. I realized I never took the effort to really have a look what's inside. The reason I bought the book was that I was drawn to it by its cover, which pictures one of Arad's iconic chairs called the Ripple Chair. When I started reading about this chair I found out that there’s a whole story behind it that even includes fashion. The chair that has the shape of the number eight is made from injection-molded thermoplastic. From what? You might think now. Well, Arad is known for his use of new materials and techniques. When he comes across something new he prefers to be the first to use or explore it in one of his projects. According to the book Ron Arad No Discipline, an exhibition that was held in the MoMa in New York, in 2006 Ron Arad collaborated with fashion designer Issey Miyake to design an 'outfit' for the Ripple Chair. This was part of the concept called A Piece of Cloth (A-POC) which was initiated by Miyake and textile engineer Dai Fujiwara. The intention was to design an outfit for the chair that could also be worn by its owner. The Ripple 'jacket' can be worn by using the two openings as armholes. 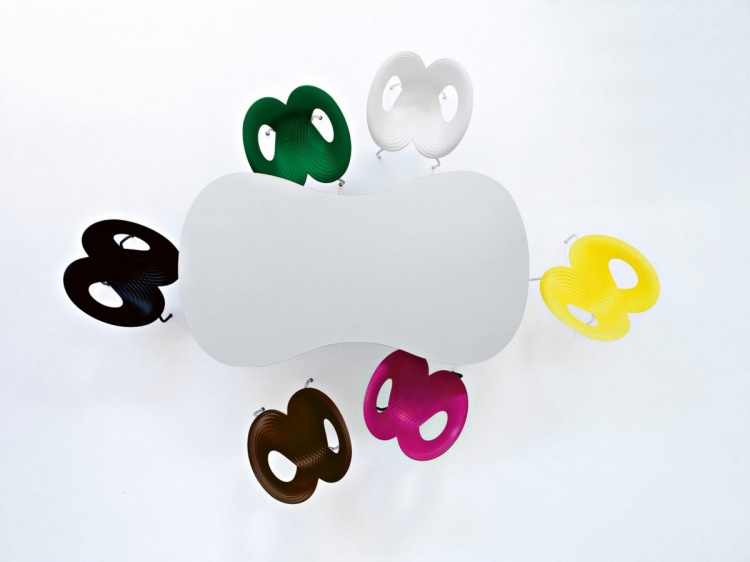 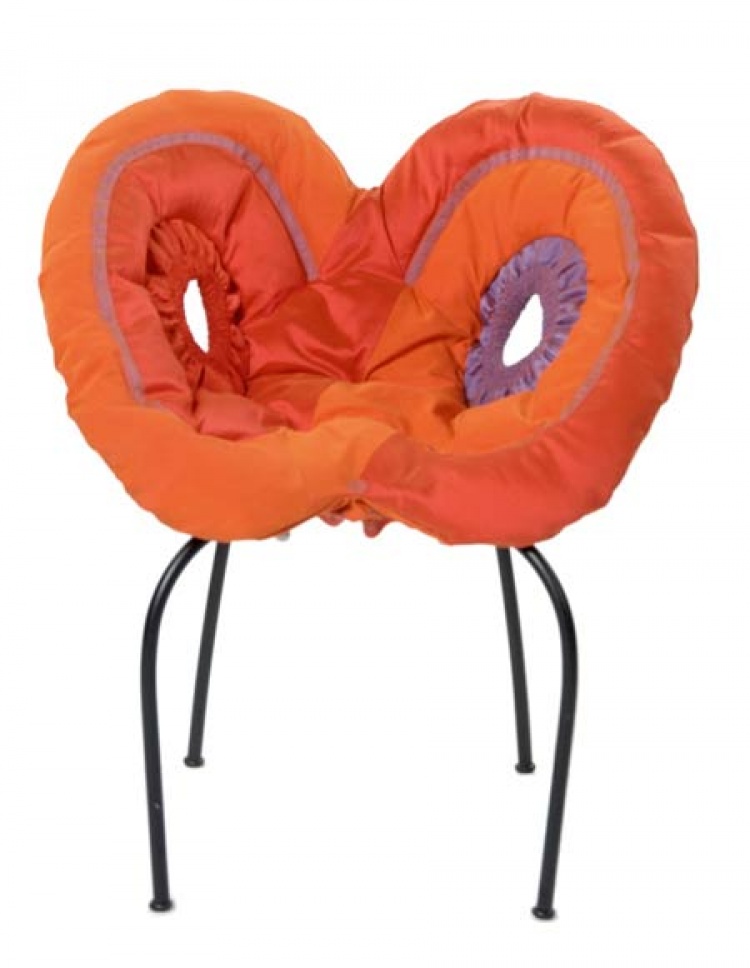