Heartbreaking, stunning infrared photography from The Congo, that’s “Infra”. Infra, a book from photographer Richard Mosse’s, offers a radical rethinking of how to depict a conflict as complex as the ongoing war in Congo. Mosse brings to this subject the use of a type of color infrared film called Kodak Aerochrome. This camera was developed during the Cold War in conjunction with the US military. Flying at height with an aerial camera, this film was able to cut through the ultraviolet haze, reading the infrared light spectrum bounced off the earth below. Chlorophyll in the landscape’s foliage reflects infrared light, which is invisible to the human eye. Meanwhile, the earth and other contours absorb it. The green camouflage netting above hidden enemy sites absorbs infrared light while the surrounding vegetation bounces it directly back into the sky. In this way, the film technology was used to reveal an enemy’s location. By reading the landscape’s heat, the military had a way to perceive its hidden enemy.

Originally developed for military reconnaissance and now discontinued, it registers an invisible spectrum of infrared light, rendering the green landscape in vivid hues of lavender, crimson, and hot pink. The results offer a traditional reportage, underlining the growing tension between art, fiction, and photojournalism. Mosse’s work highlights the ineffable nature of current events in today’s Congo. 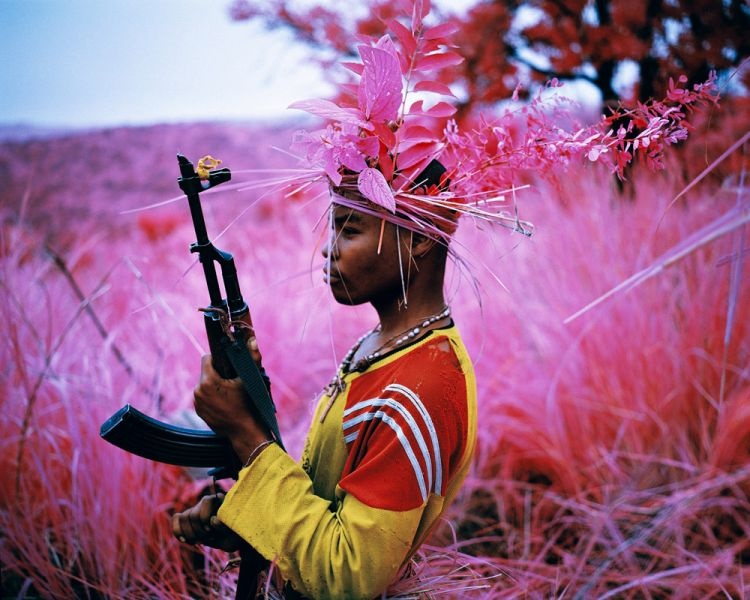 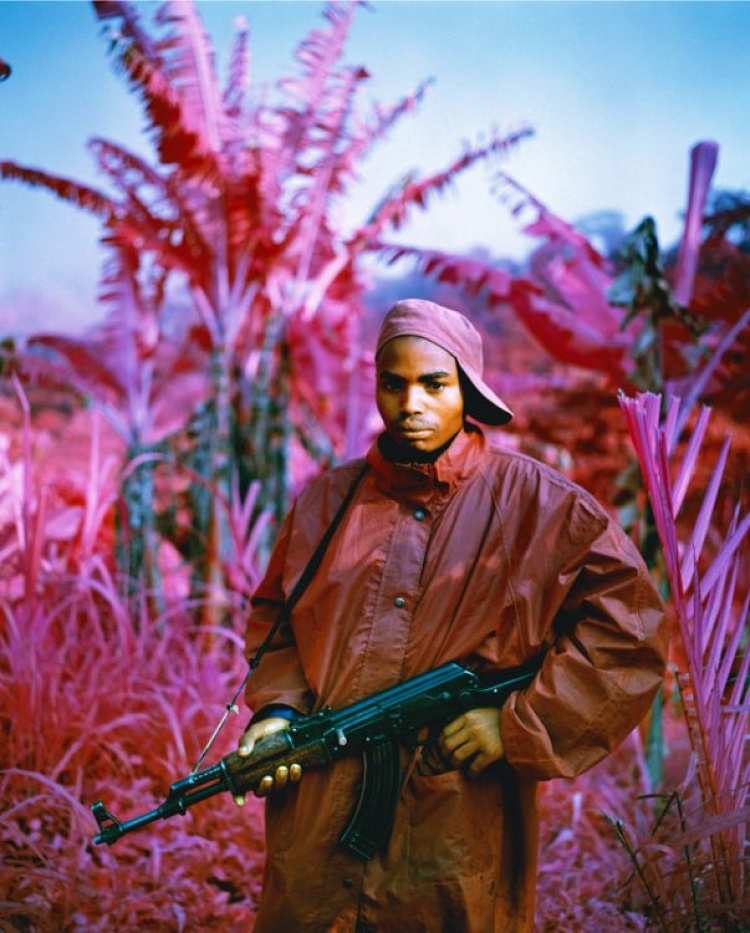 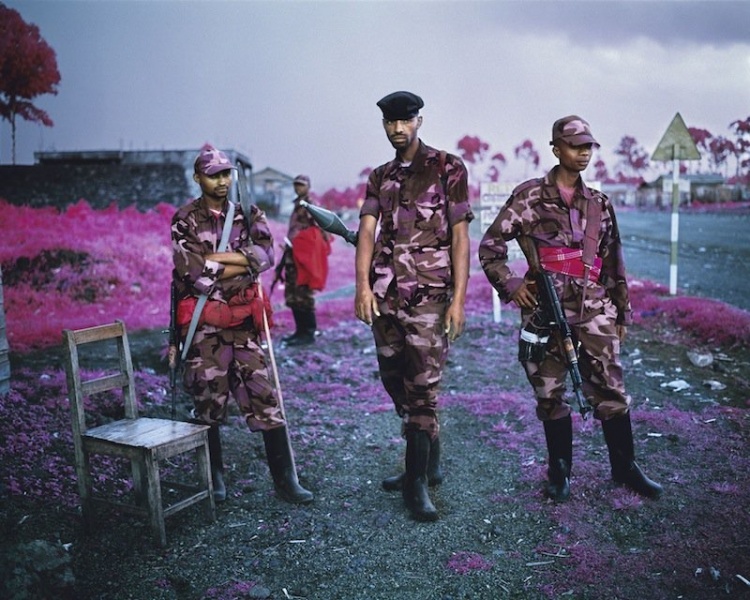 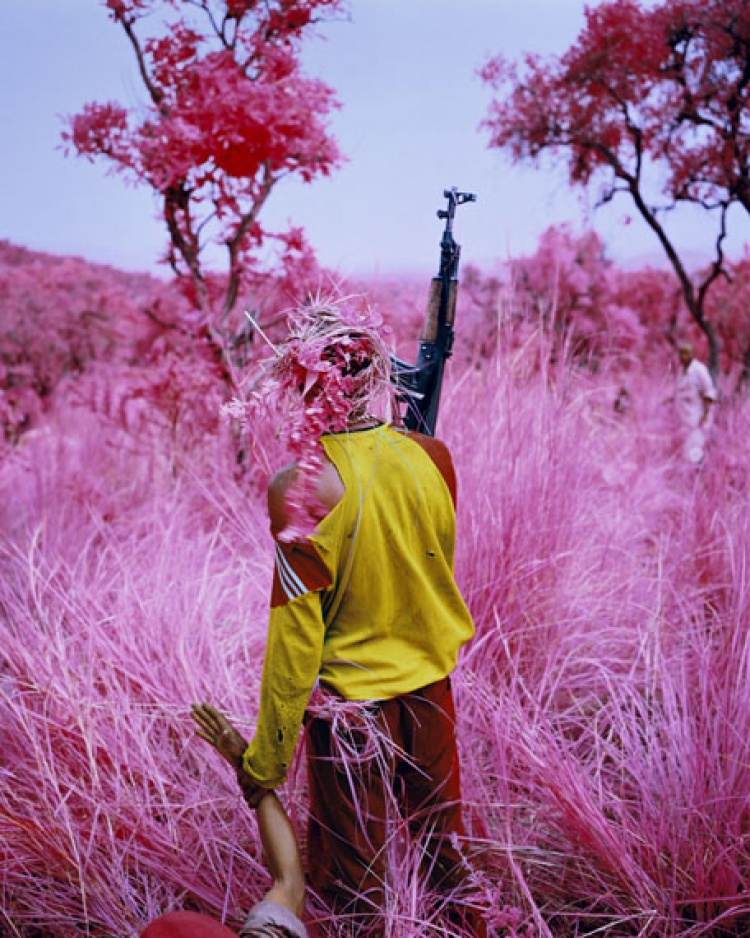 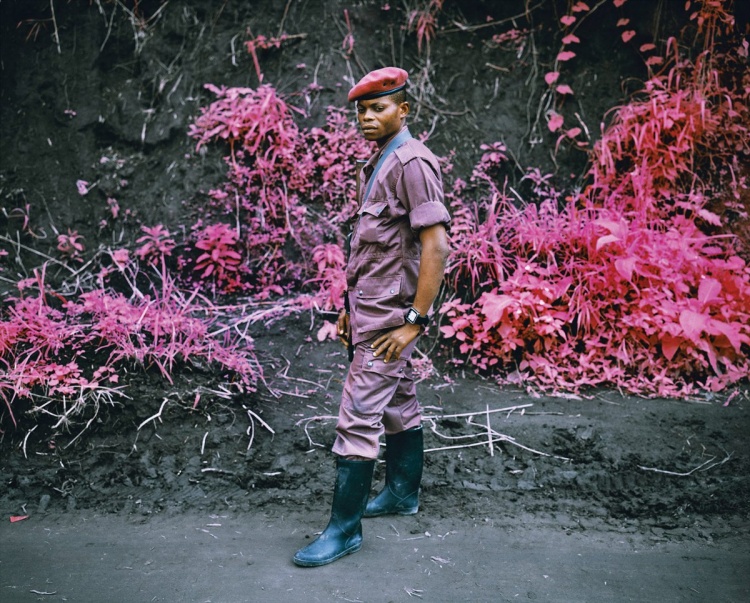 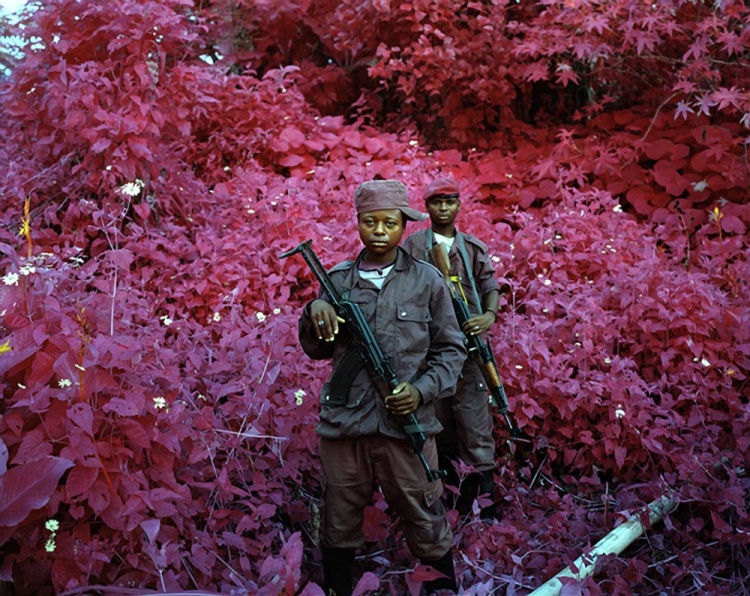 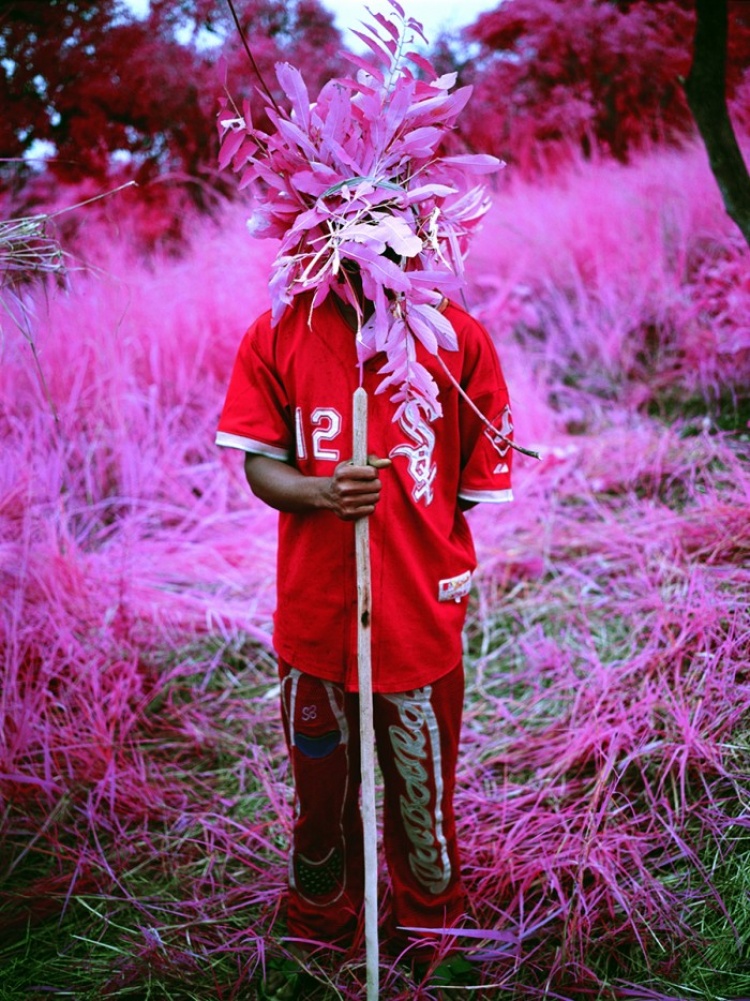