//Take me to Church

Forgive me Father, for I have skimmed. At first glance this colossal concreted structure looks more like a crossing between an abstract art installation and a Dutch hunebed; but is in fact the Church of the Most Holy Trinity in Vienna, also known as the Wotruba church, named after its architect Fritz Wotruba. It’s not so surprising that he’s actually trained as a sculptor instead of an architect. The church is 30 m long, 22 m wide, and 15.5 m high. It consists of 152 asymmetrically arranged concrete blocks of a size between 0.84 m3 to 64 m3, weighing from 1.8 to 141 tons; the highest block measures 13.10m. Wotruba’s work has clearly been influenced by Picasso, dissolving figurative shapes into geometrical abstraction with the shape of the cube as the primary form. 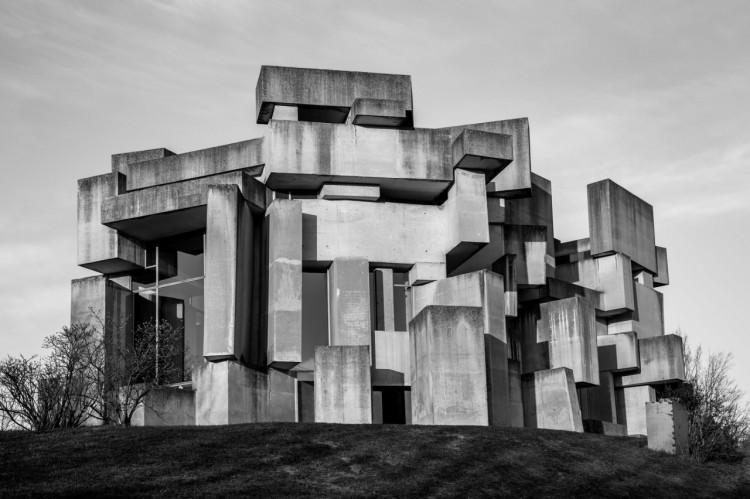 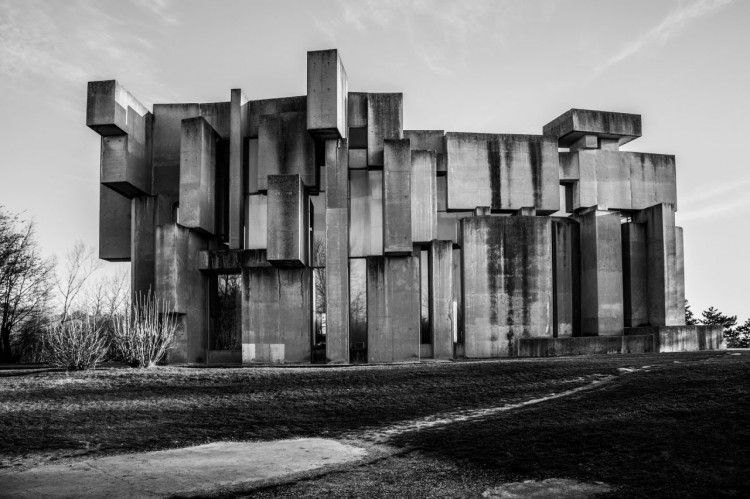 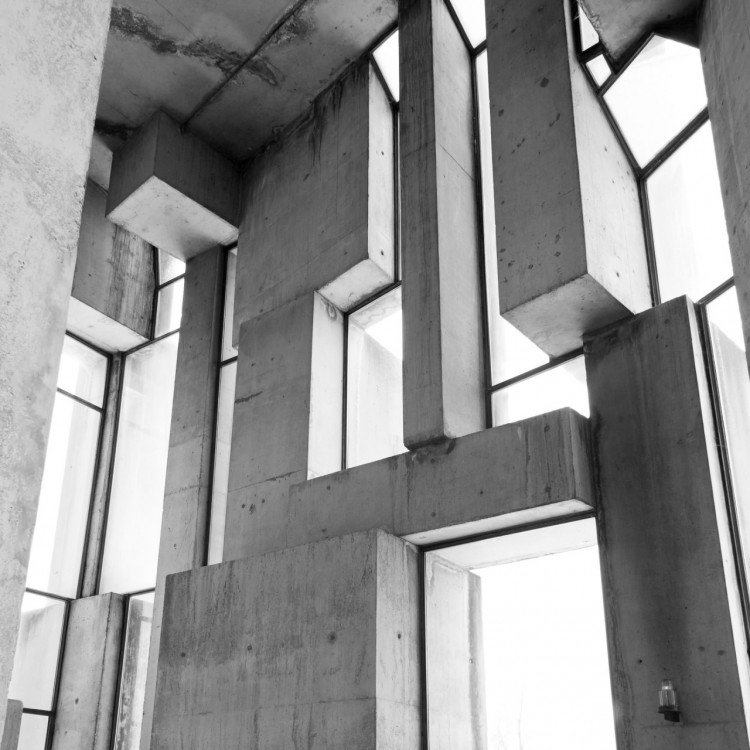 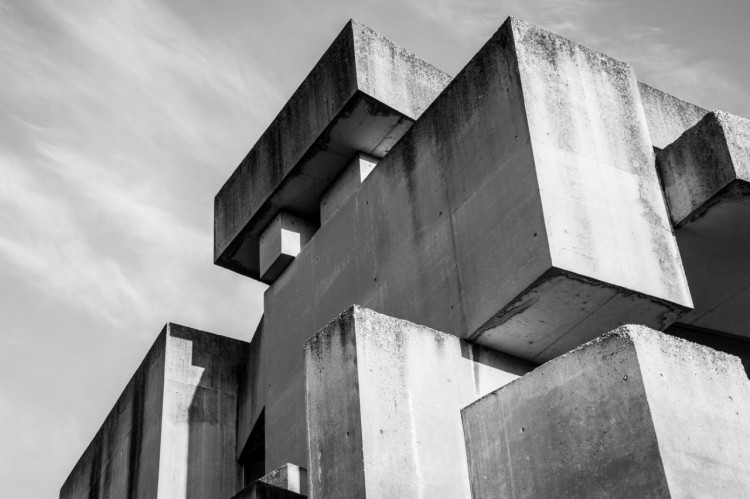