A vase could just be a functional object to put flowers in and a candleholder could simply hold a candle. But what happens when a design duo is given the possibility to create their vision on these ordinary useful objects? Studio Daphna Laurens collaborated with the Nationaal Glasmuseum, based in Leerdam, and came up with a reinterpretation of the vase and the candleholder. The starting point for both designs is the manufacturing process that the museum is known for, namely mouth blown glass. The vase that was created is called the Disko and is made from glass and anodised aluminium. It consists of two components; a cylinder shape that is surrounded by a ‘disk’. These two parts create a truly unique silhouette for a vase.

What stood central to the creation of the candleholder are the following four ingredients: colour, form, function and production process. This design is called Formy and is built up from two separate pieces of coloured glass that once they are put together overlap in the middle, which creates a third colour.

The Disko and the Formy are both sold under the label that is called By Nationaal Glasmuseum Leerdam. 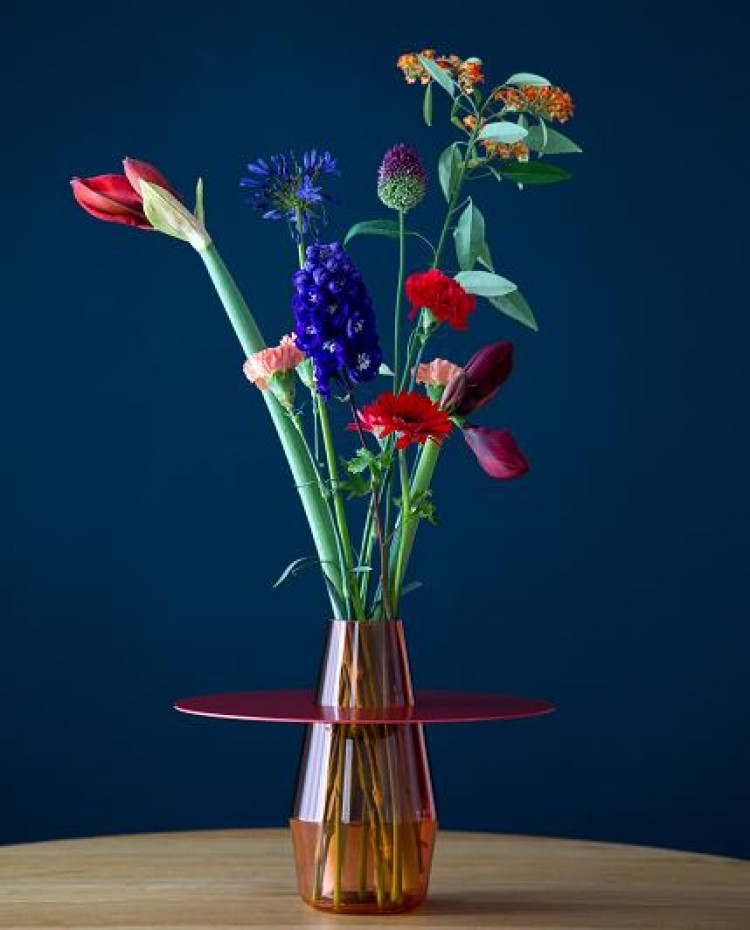 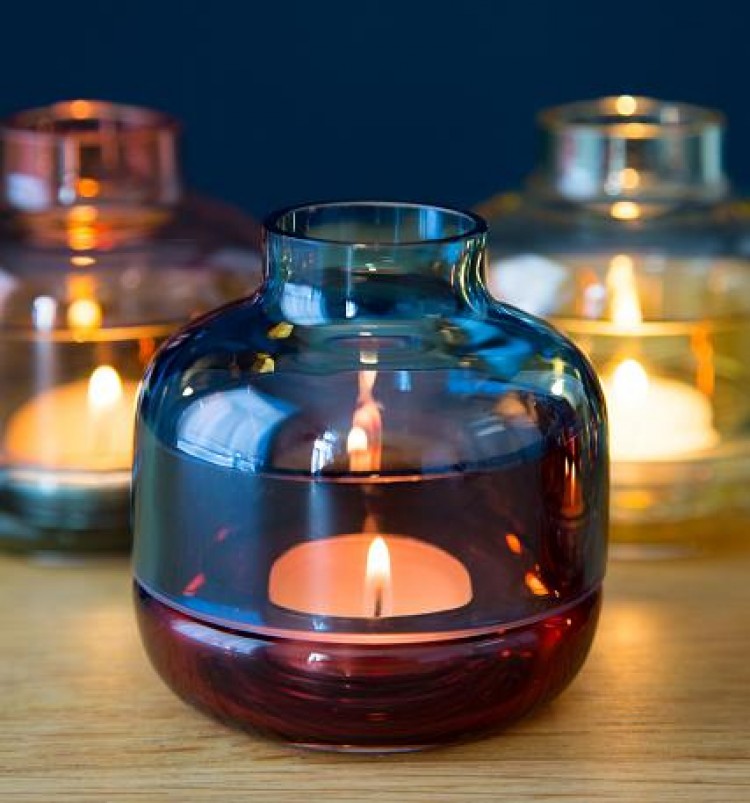