Sonia Delaunay was a Ukrainian French artist, born in Gradizhsk, Ukraine, in 1885. She started as a painter, but due to the Russian Revolution she could no longer sell her paintings and was forced to change her profession into a designer of clothing, textiles and theatre costumes which turned out to be a great success. After the crisis years she started painting again, together with her husband Robert Delaunay who was a painter as well.

At the beginning of the twentieth century it was highly unusual that fashion designers and artists collaborated. Sonia Delaunay was therefore an exception for that time. She combined the world of fashion with painting. Together with her husband she developed a theory called 'Simultanism'. This is a theory of color based on scientific research from which it appeared that a color seems to change once it is placed next to a particular other color, or that some color combinations result in an illusion of movement. The Delaunay Couple therefore worked a lot with contrasting or dissonant colors. Sonia was inspired by Russian folk art, the prism and street lightning.

On the internet I found photos of an old book that showcases her work: 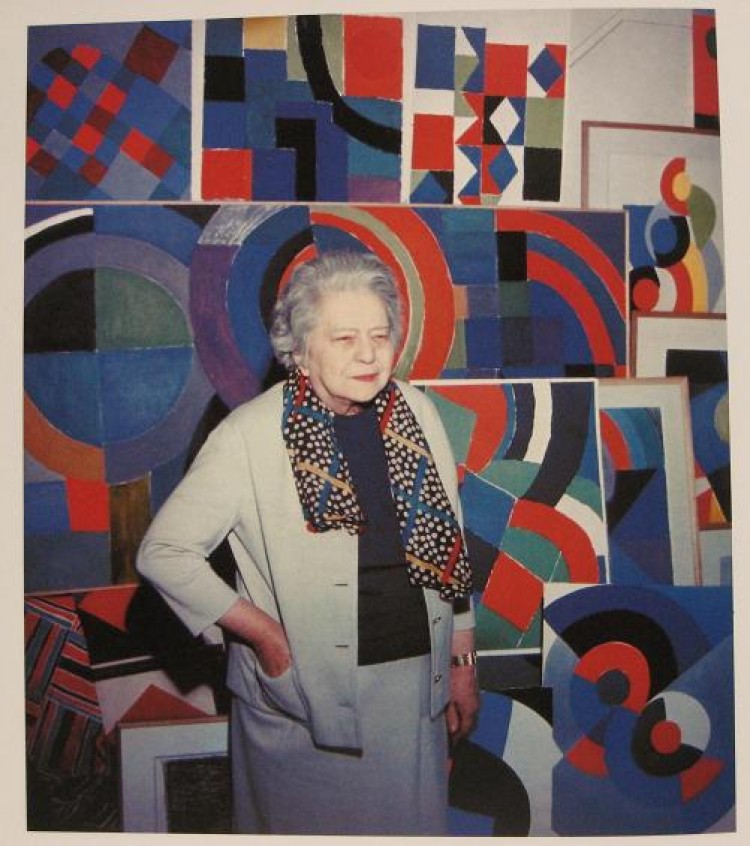 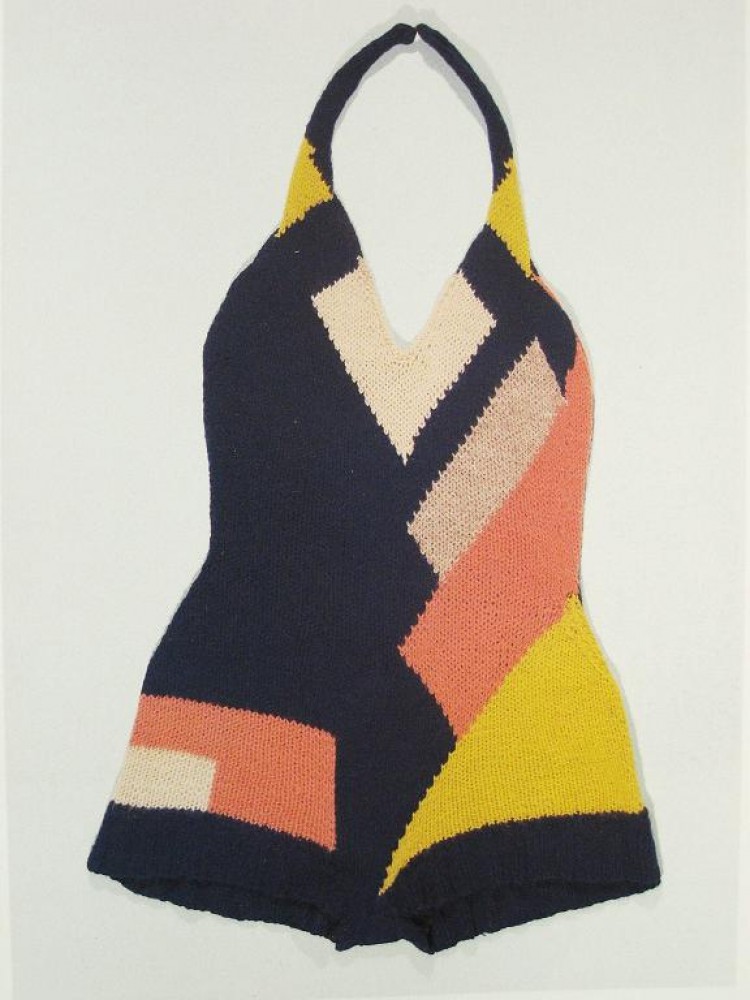 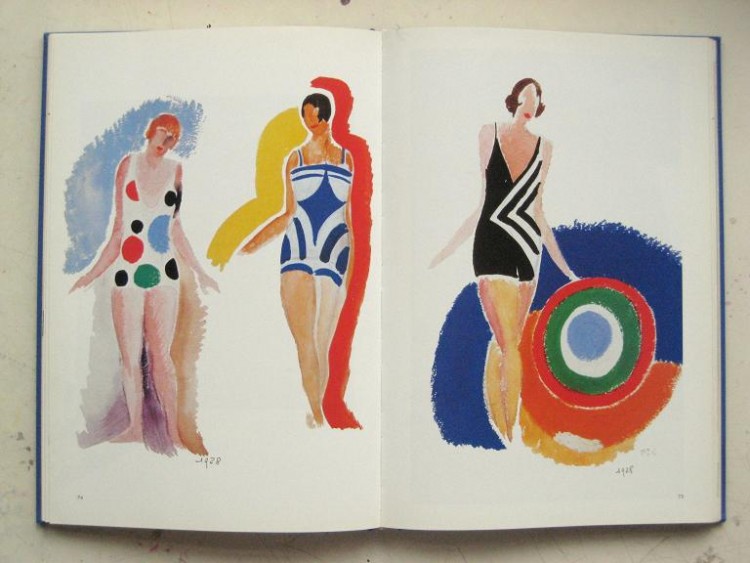 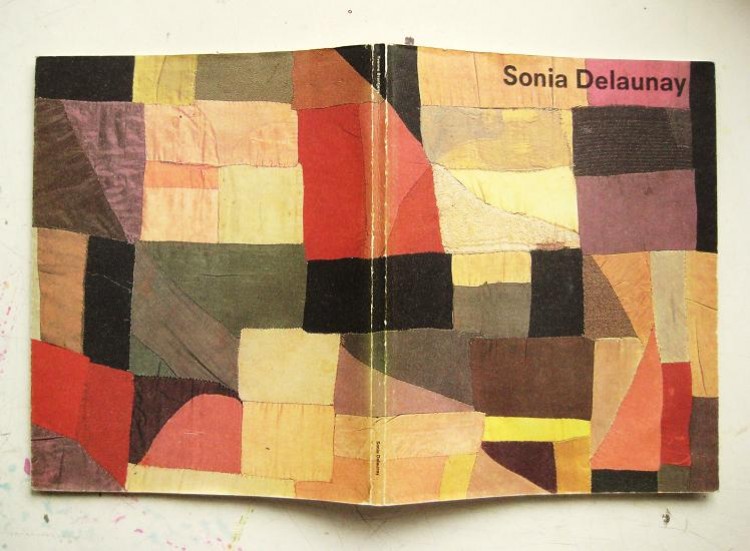 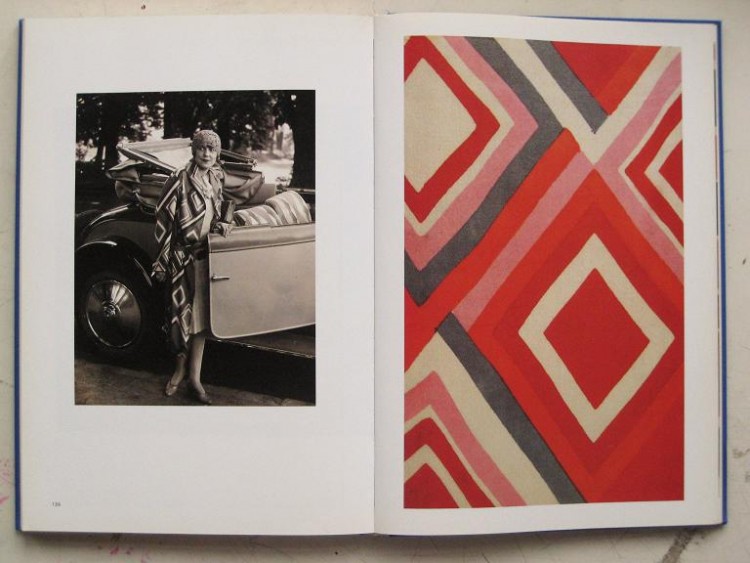 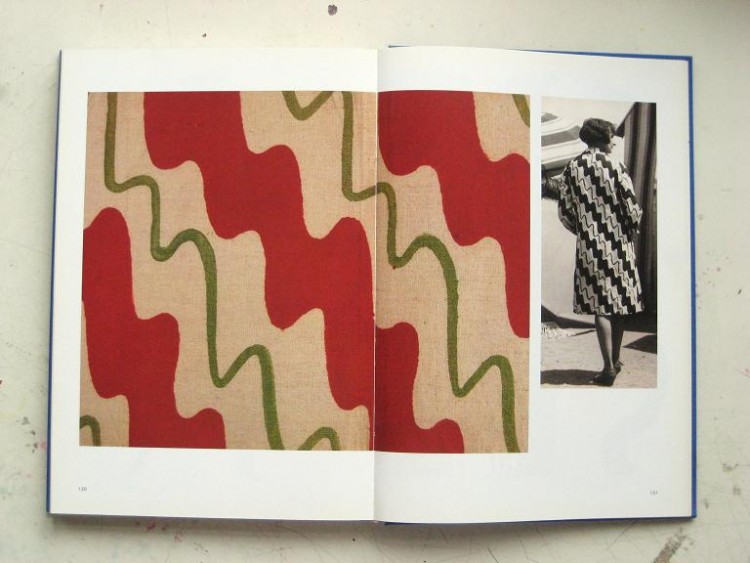