It could not have escaped the attention of anyone living in Holland that this small country was hit by a heath wave last week. Apparently the tropical temperatures caused for an increasing of drinking water with 15 percent. A smart and eco-friendly way to stay hydrated during these hot and sweaty days is provided by a design that was introduced in 2009 by Dutch entrepreneur Merijn Everaarts. After seeing a documentary about the 'plastic soup', a floating 'island' in the ocean, which is the result of the huge amount of plastic waste that is produced worldwide, he became inspired to produce a reusable bottle for tap water which he called Dopper. This bottle is not only environment-friendly; it is also aesthetically pleasing and comes in various colors. Moreover, drinking water from the Dopper is a healthy choice as it is made from polypropyleen, which is a material that is free from toxic substances, as opposed to most of the disposable plastic water bottles. The design of the Dopper is well thought. It consists of three parts, of which the top cap can be removed for drinking quickly, for examples while you’re on the way. Additionally, the middle part and the cap can be transformed into a drinking cup, which can be placed on a table when they're turned upside down. 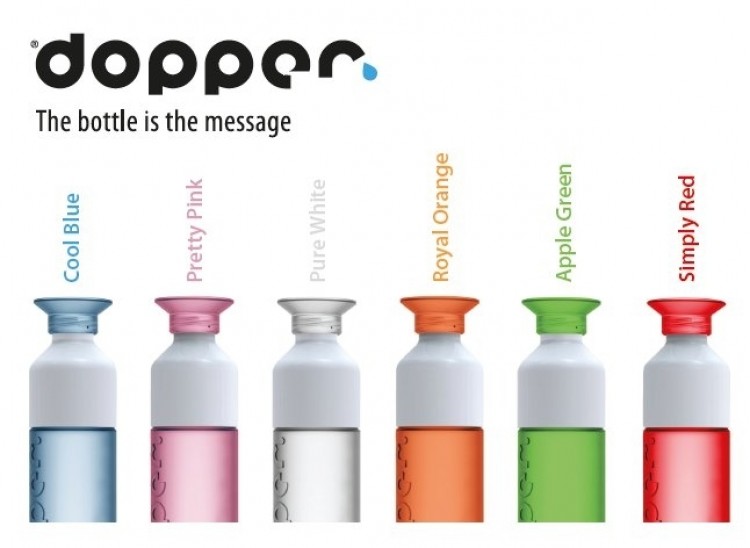 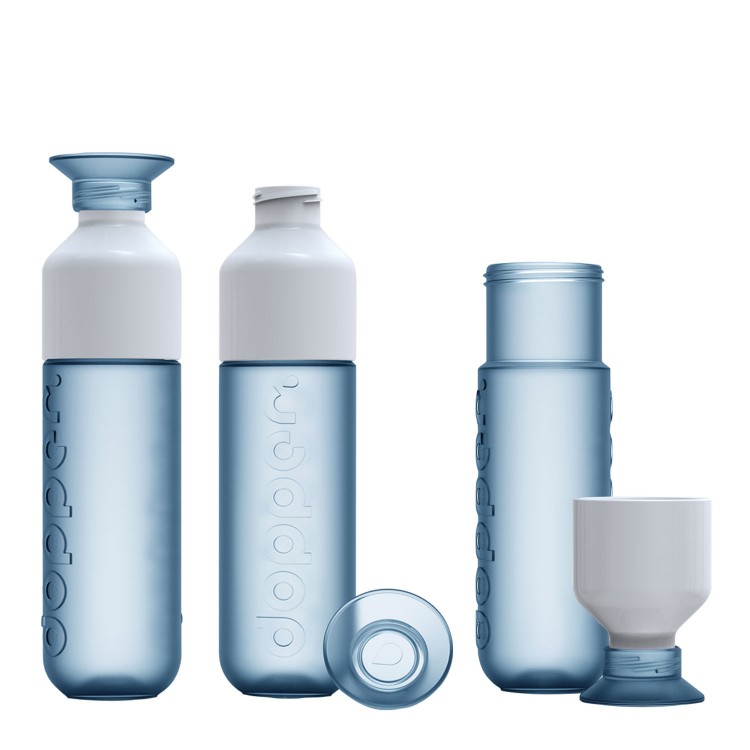