First, I would like you to take a look at the photo below: 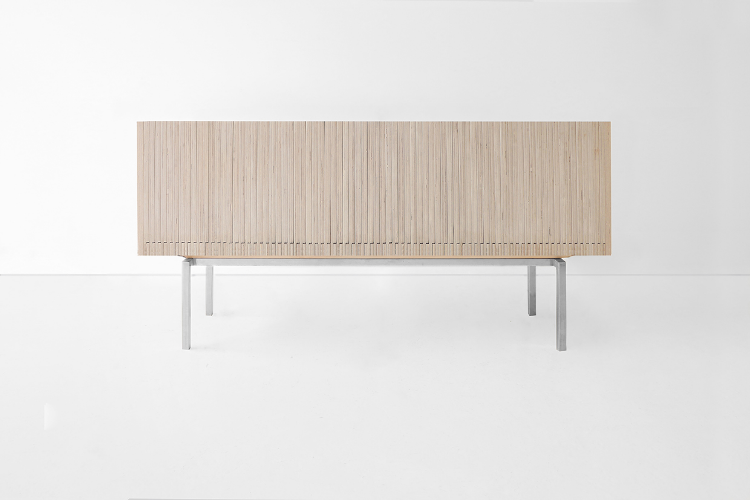 The photo pictures a seemingly austere and minimalistic cabinet made from wood, resting on a metal frame. I said 'seemingly' as this design does not turn out to be as ​simplistic as it appears on first sight. In order to find out what secret lies (literally) behind this design take a look at the next photo: 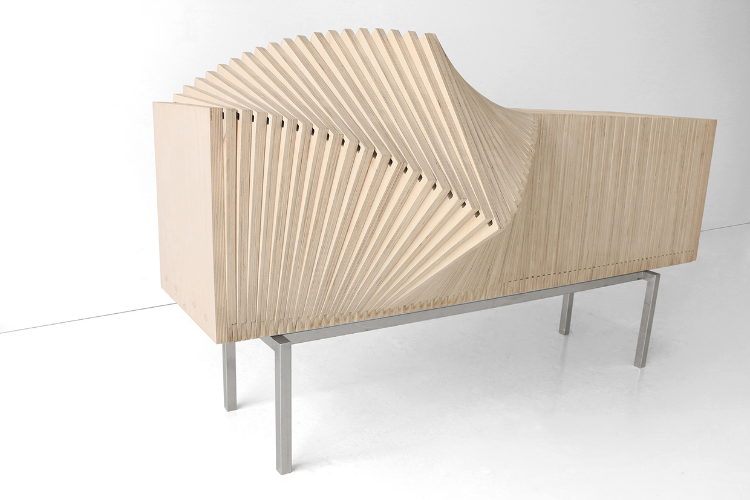 This photo shows the inventive way by which the cabinet is opened. When pulling one of the wooden parts to the front, the adjoining parts automatically follow as a result of an indigenous system that attaches all the bars to each other. The Wave Cabinet is designed by New York based designer and artist Sebastian ErraZuriz and owes its name to the organic movement that follows when the cabinet is opened. It might not be the most practical piece of furniture you can imagine, yet that was not ErraZuriz's intention. He beautifully describes the idea behind the creation of this cabinet by stating he invites to 'break open the box as a literal metaphor for reminding the viewer to stop and look again.'

Let yourself get blown away by the magic of the Wave Cabinet: