This week we’d like to introduce you to Jan Schoonhoven. This Dutch artist was together with Armando, Jan Henderikse, Henk Peeters and for some time Herman de Vries the leading figure of the ZERO group. The ZERO group created a new artistic period in Holland from 1960 – 1965.

Schoonhovens oeuvre is strongly inspired by the works of Piero Manzoni. Manzoni propagates a non-representative art wherein the artists’ signature is least visible. Schoonhoven took Manzoni’s thoughts and composed them into his own works. Within his works Schoonhoven wanted to reflect the essence of reality. Themes like order, rhythm, play of light and minimal use of color helped Schoonhoven portray his view on the world around us. 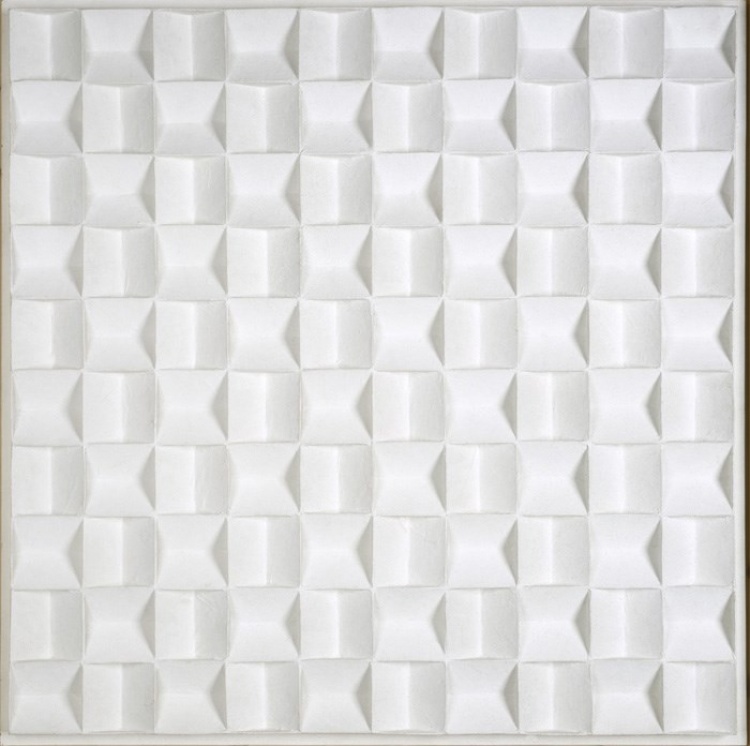 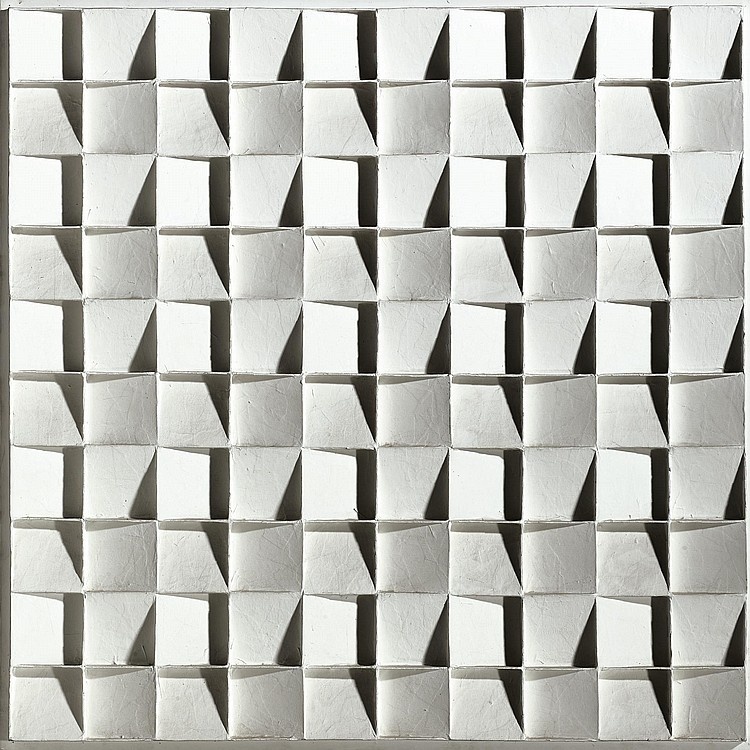 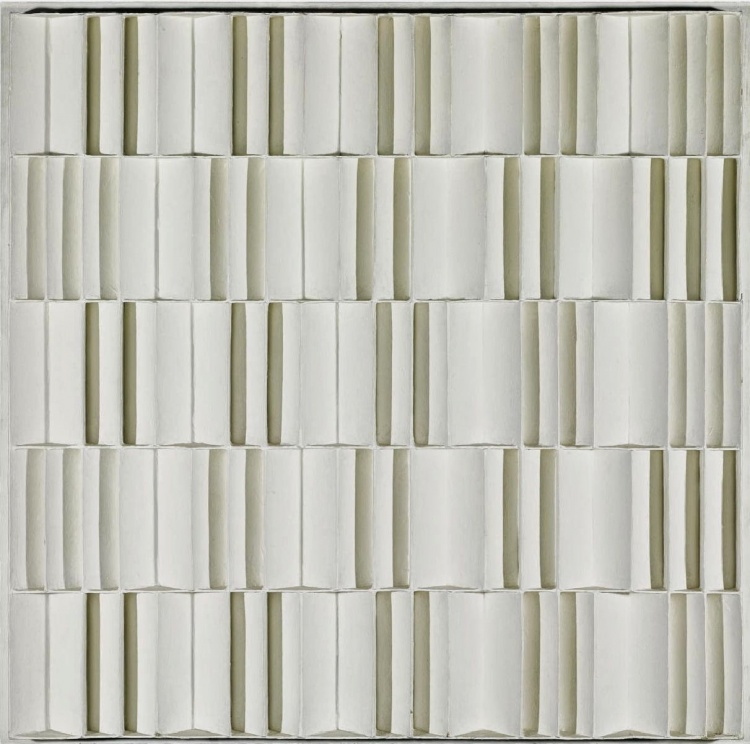