The question that photographer Hiroshi Sugimoto asked himself in 1976 sounded interesting: What happens if you shoot a whole movie in a single frame? To discover the answer, he smuggled a large-format camera into St. Marks Cinema in Manhattan’s East Village and set it up at the back of the theater. The exposure time was the full length of the film; the only light used was from the running projector. The resulting photograph gave him the answer he wanted: The glowing white screen looked like a portal to another dimension. That trip to St. Marks Cinema sparked a photo series that is continuing for over 40 years. Sugimoto has photographed classic movie palaces built in the 1920s and ‘30s, drive-ins from the ‘40s and ‘50s, the ruins of abandoned theaters, and historic theaters in Europe, all with a large-format camera and film-length exposure time. In this series “Theaters” the photographs, which seem to condense not just all the light, but all the emotion of an entire film and theaters appear as divine and inspiring as cathedrals. 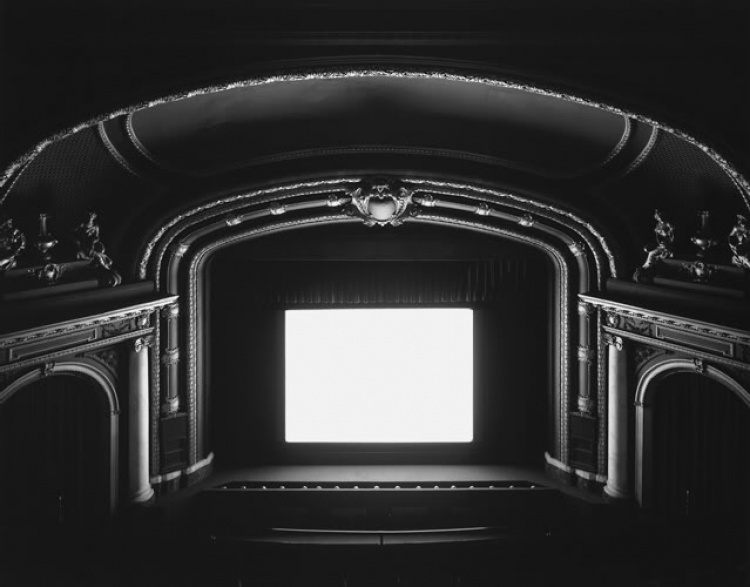 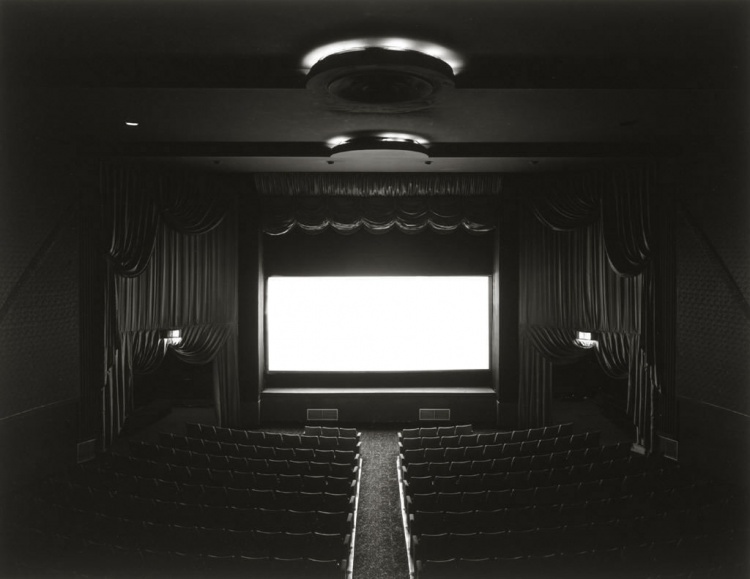 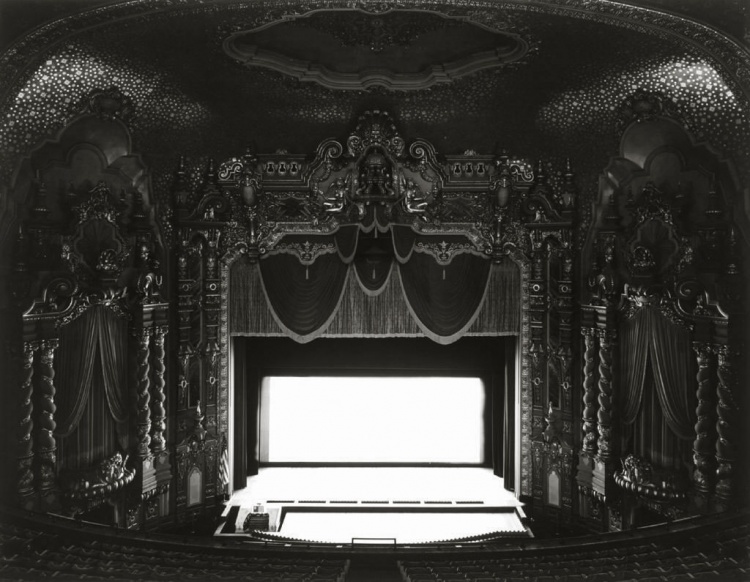 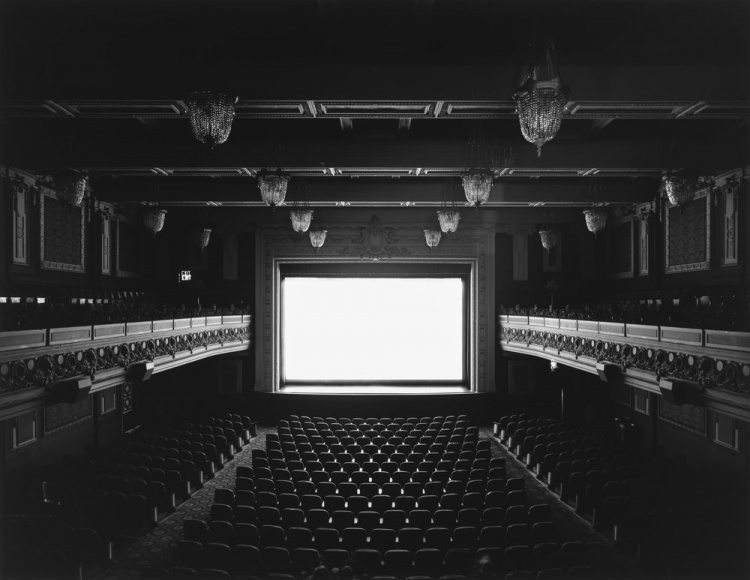 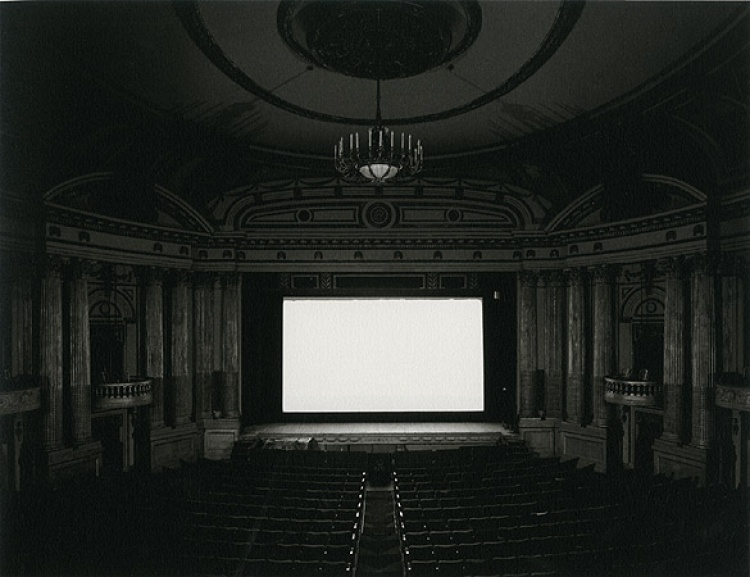 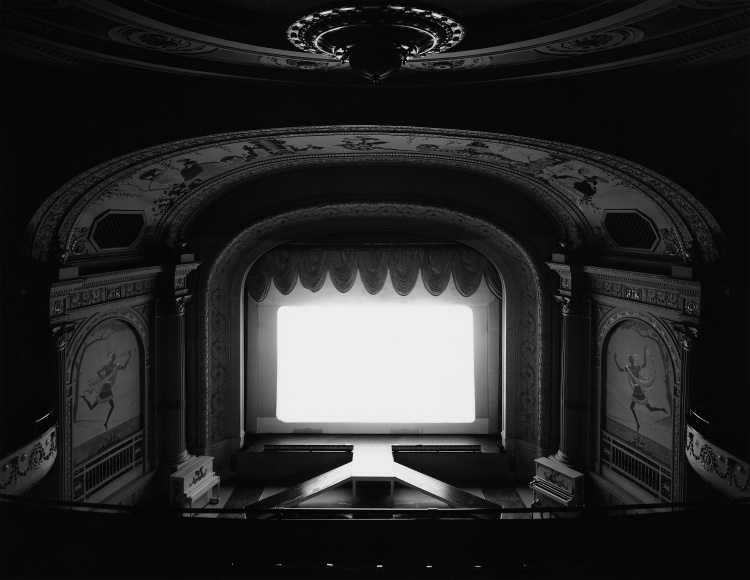 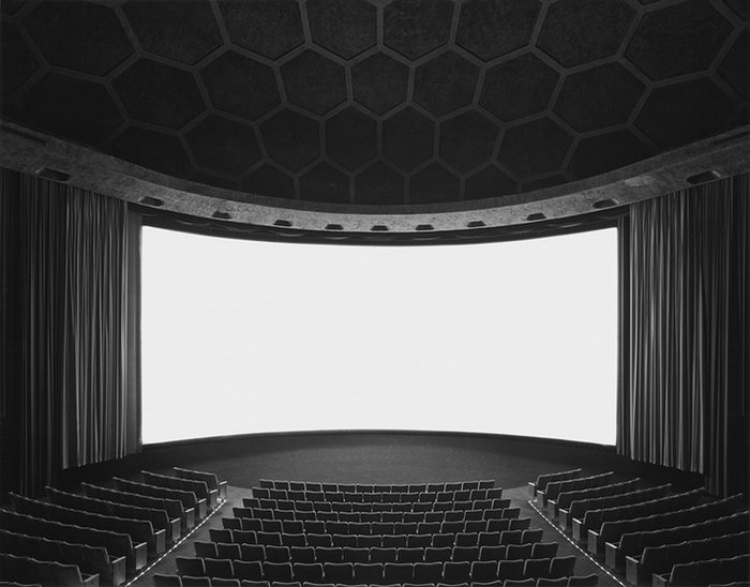