Making music... by building instruments, learning about them, playing on them, in front of an audience, for yourself, your songs, popular songs. Making art in the social, cultural, historical, political context of making music... showing, describing, questioning it.

That art 'about' music – another categorizing headline of mine, hope you are fine with that – has a long tradition in the production of painters, but also developed into an increasing 'musical art' since the 18th and especially in the 20th century. A more or less critcial examination of music as a characteristic of our society, of humankind in general, can be found especially in cubism, in fluxus or other conceptual art. These artists might want to demand more respect for music or just change our point of view, simply put almost vanishing traditions and rituals into perspective.

To cut it shorter now, here is an example of the modern artistic strategy of 'destruction art' – a term that Gustav Metzger came up with – in this case means destructing musical objects: Joseph Beuys did it, Wolf Vostell did, Günther Uecker and Arman too. Up to you to make up your mind. 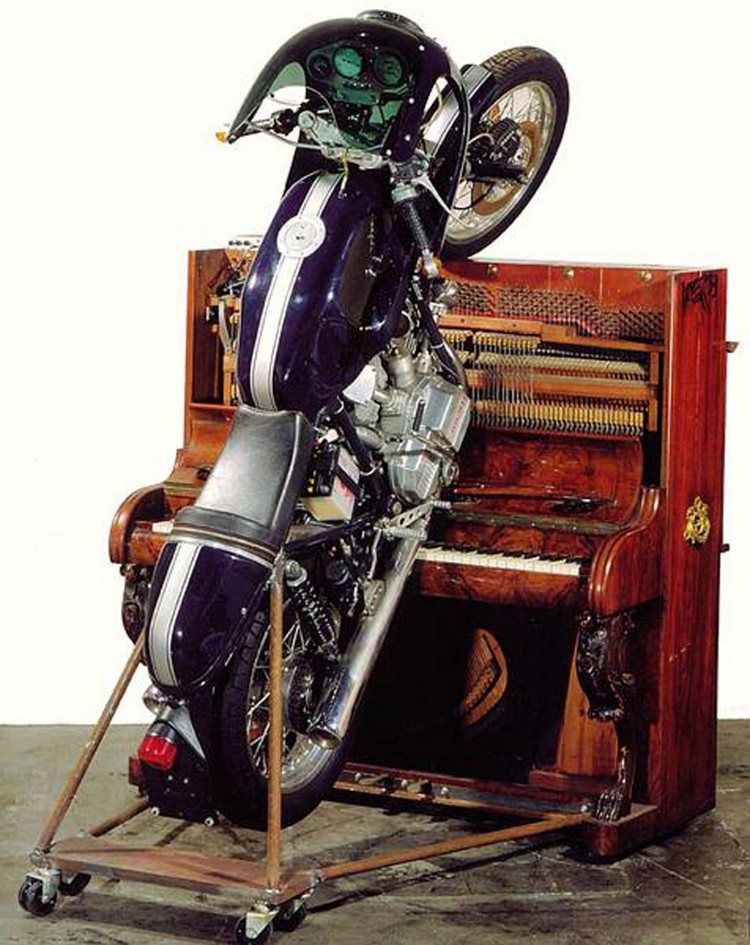 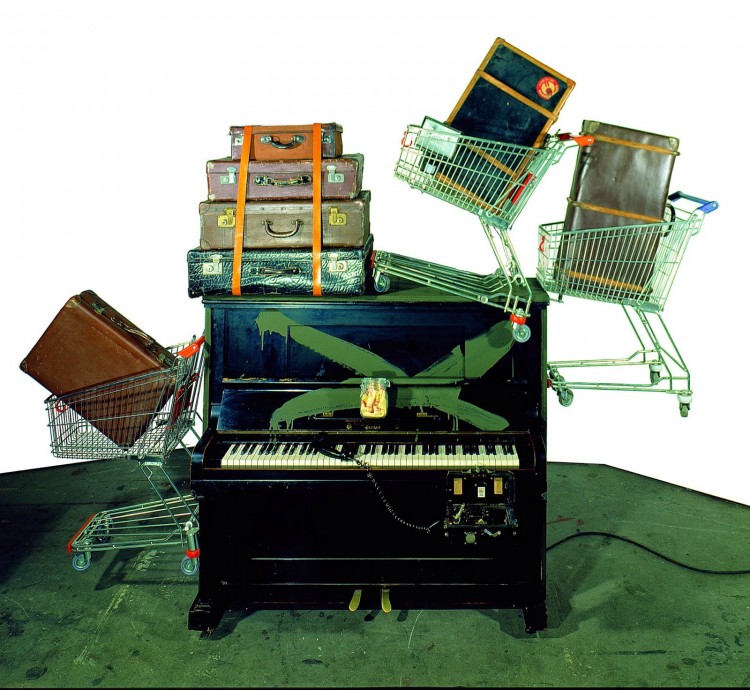 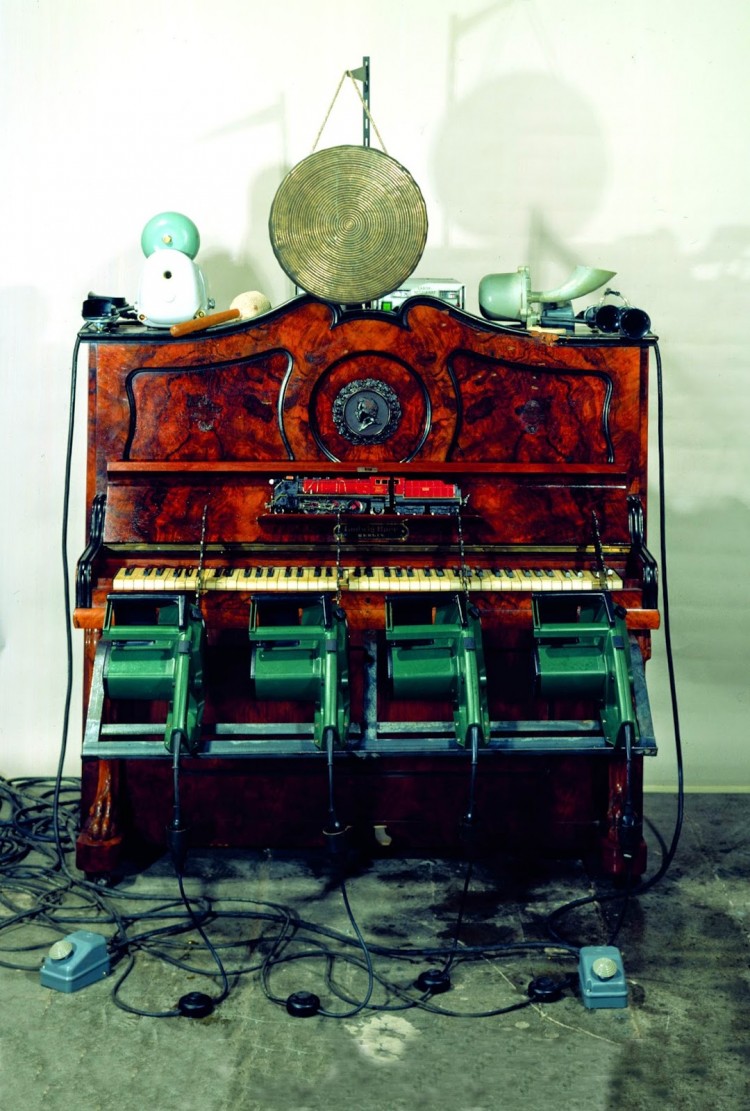 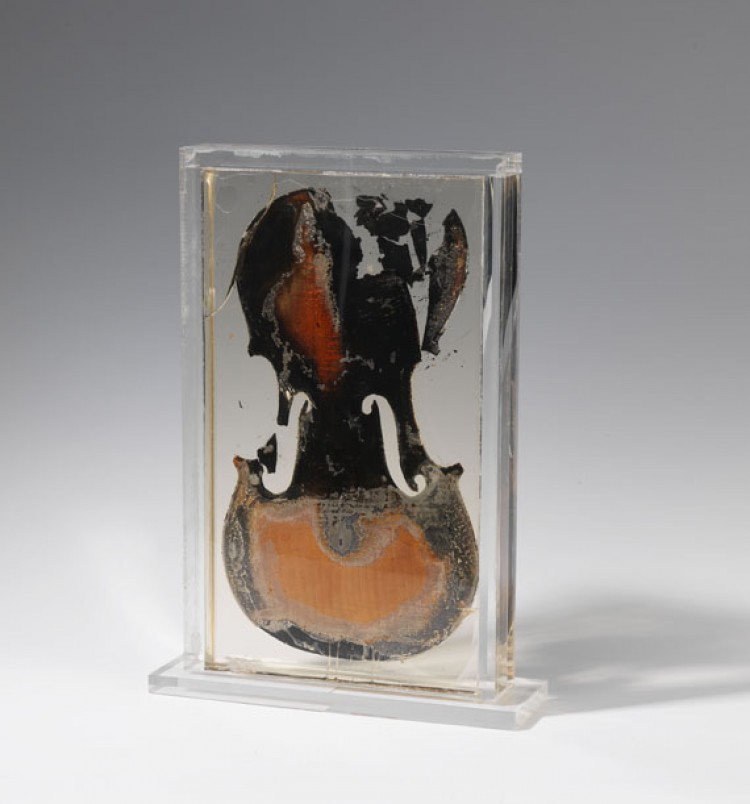 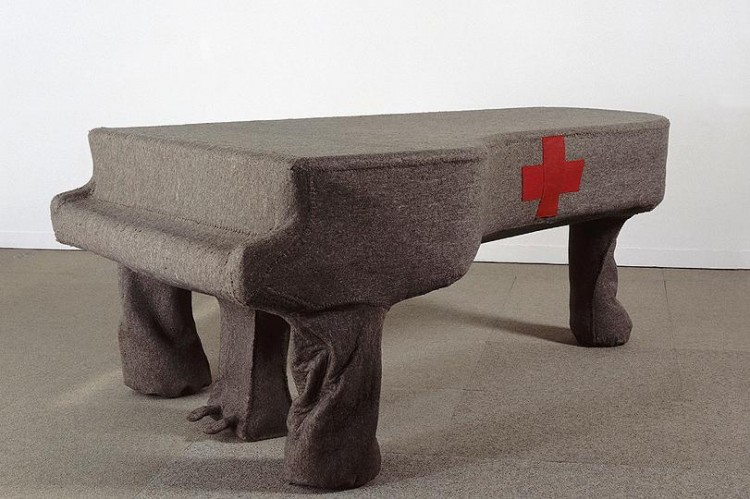