With eyes all over the world focussed on The United States of America, it was only a matter of waiting until the fashion world was going to respond to the current political situation.

First there was Demna Gvasalia, creative director of Balenciaga, who decided to take the political conversation in a new direction with a collection inspired by Bernie Sanders. Balenciaga's Fall 2017 menswear collection showed the Sander's campaing logo with pieces featuring a similar font and red and white curved lines. The accessories, such as the Balenciaga pin, are inspired by the campain and readlly brought it to the people through fashion.

Now, the legendary Raf Simons took American politics to the runway in his menswear collection. As The Business of Fashion puts it very well: "For him to deem New York worthy feels substantial, his endorsement of the city working to further legitimise its entire men's fashion industry."  The collection was filled with slogans such as "Walk with me", and "Any way out of this" - the combination with barrier tape gives the viewer the feeling they are back in the recent demonstrations against de decisions of Donald Trump as the president of the USA. 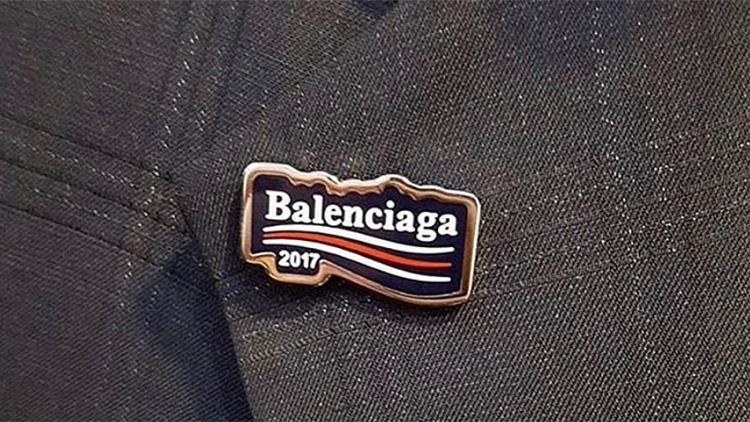 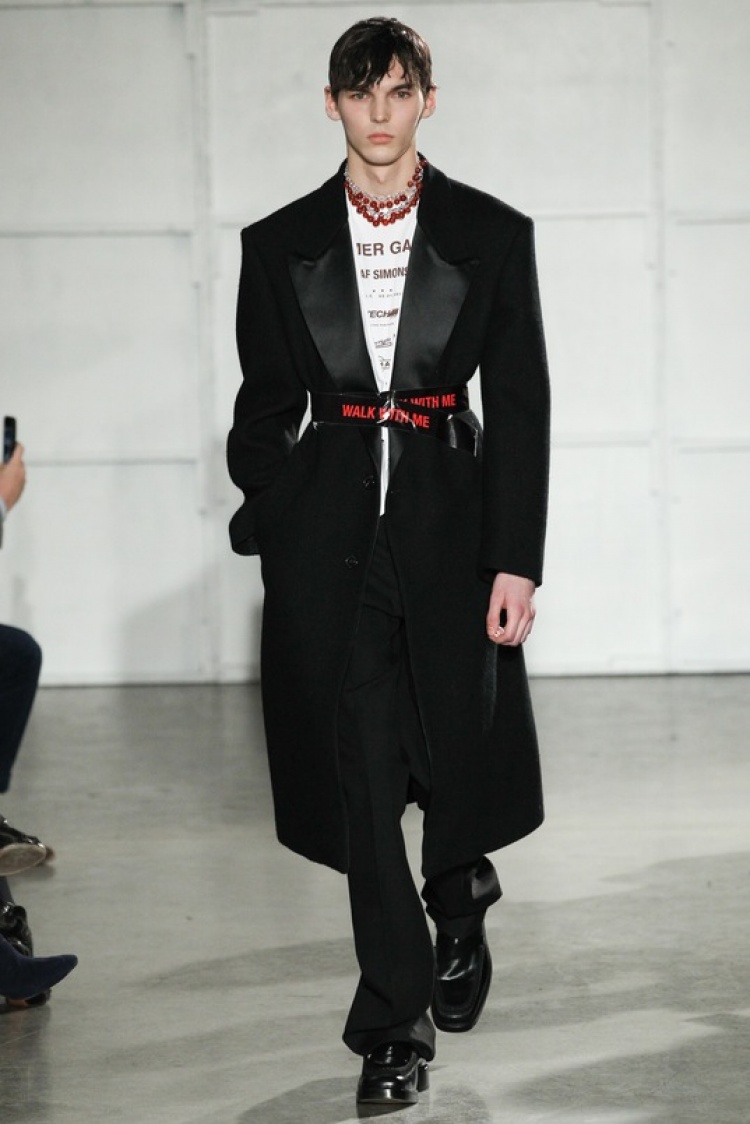 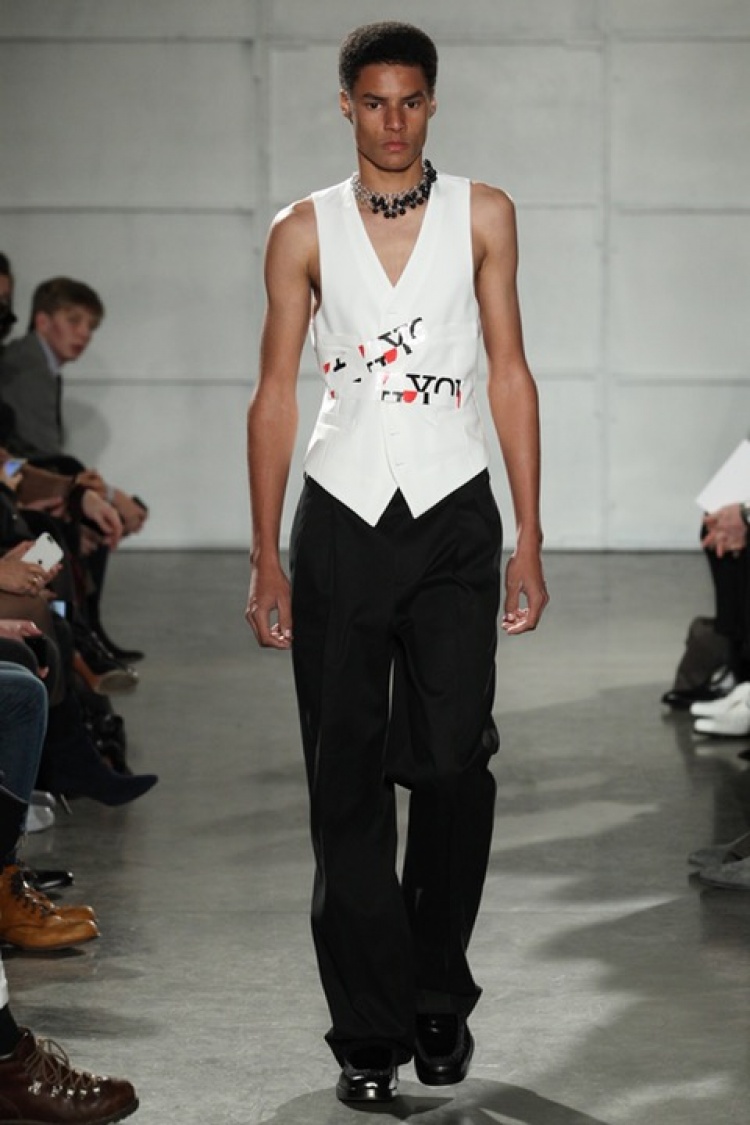 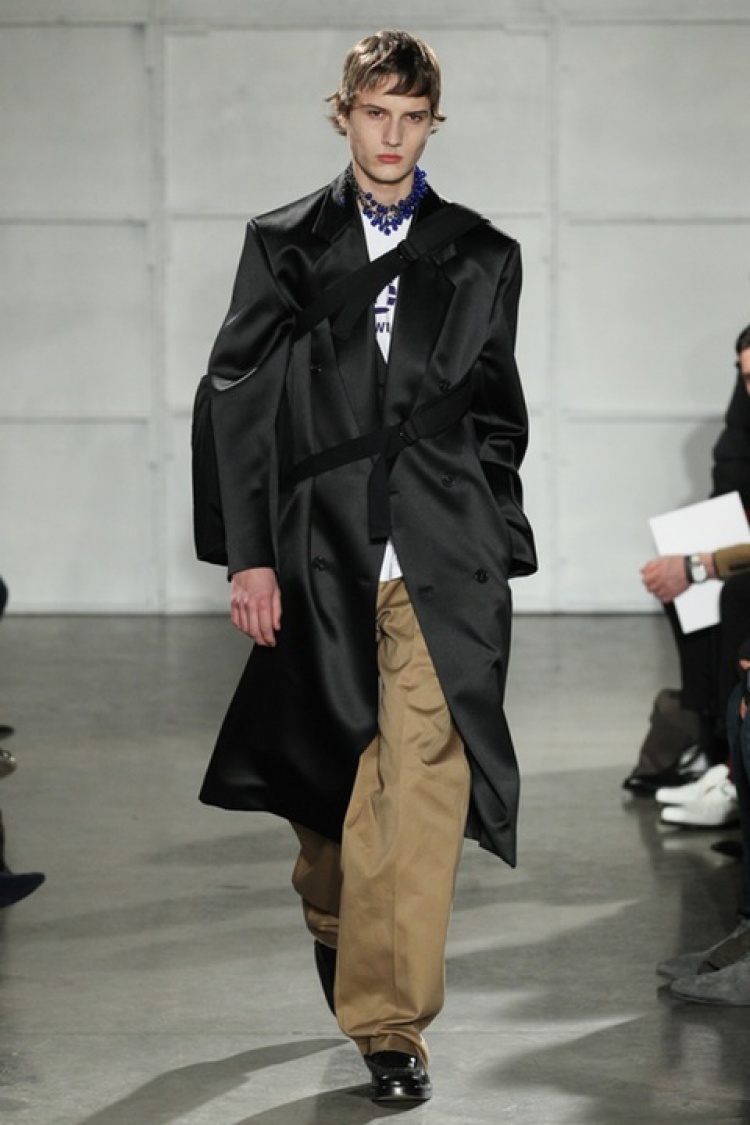 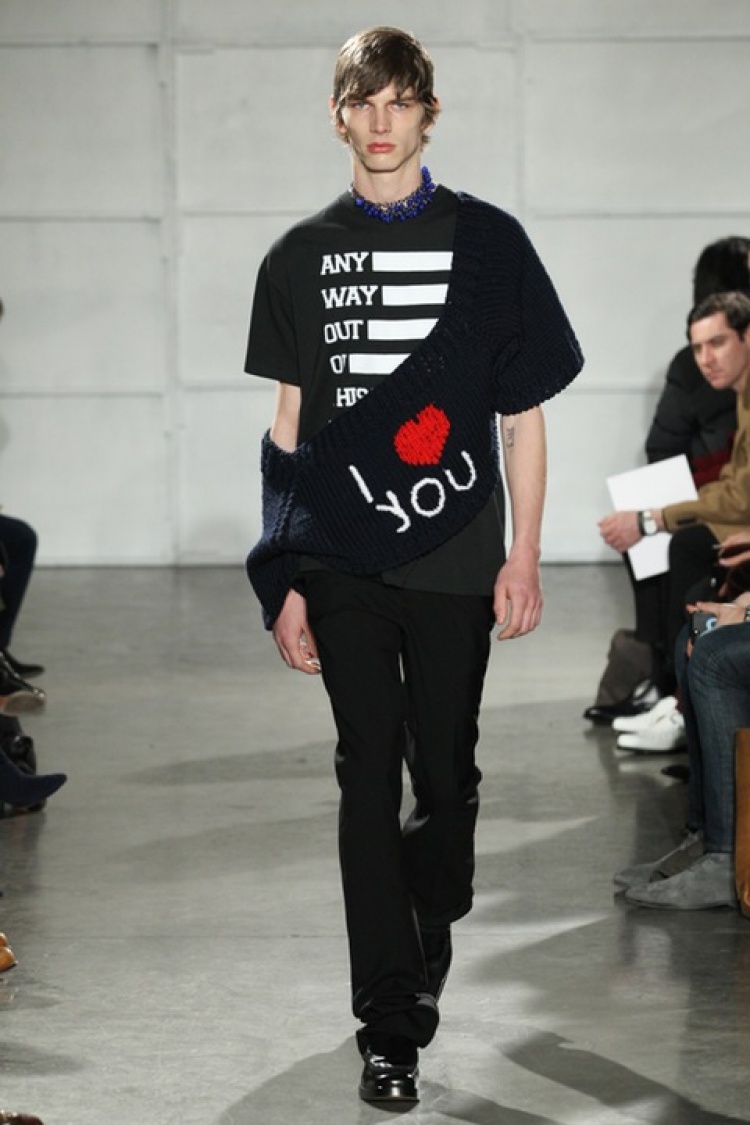 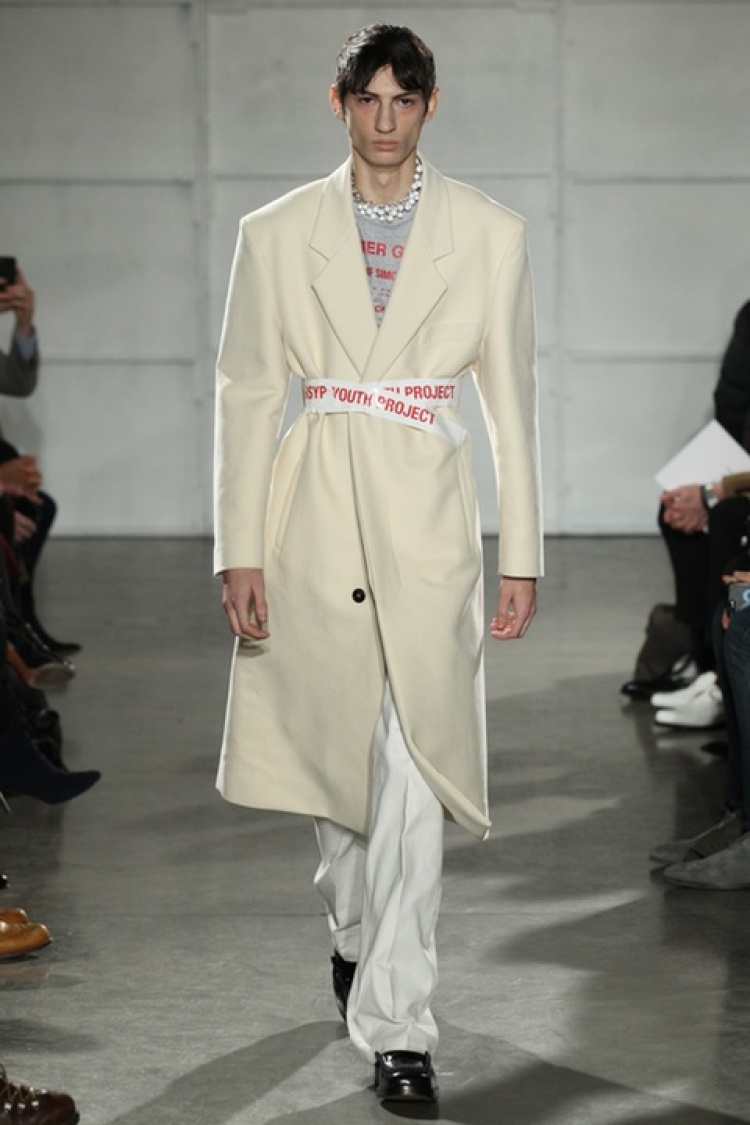 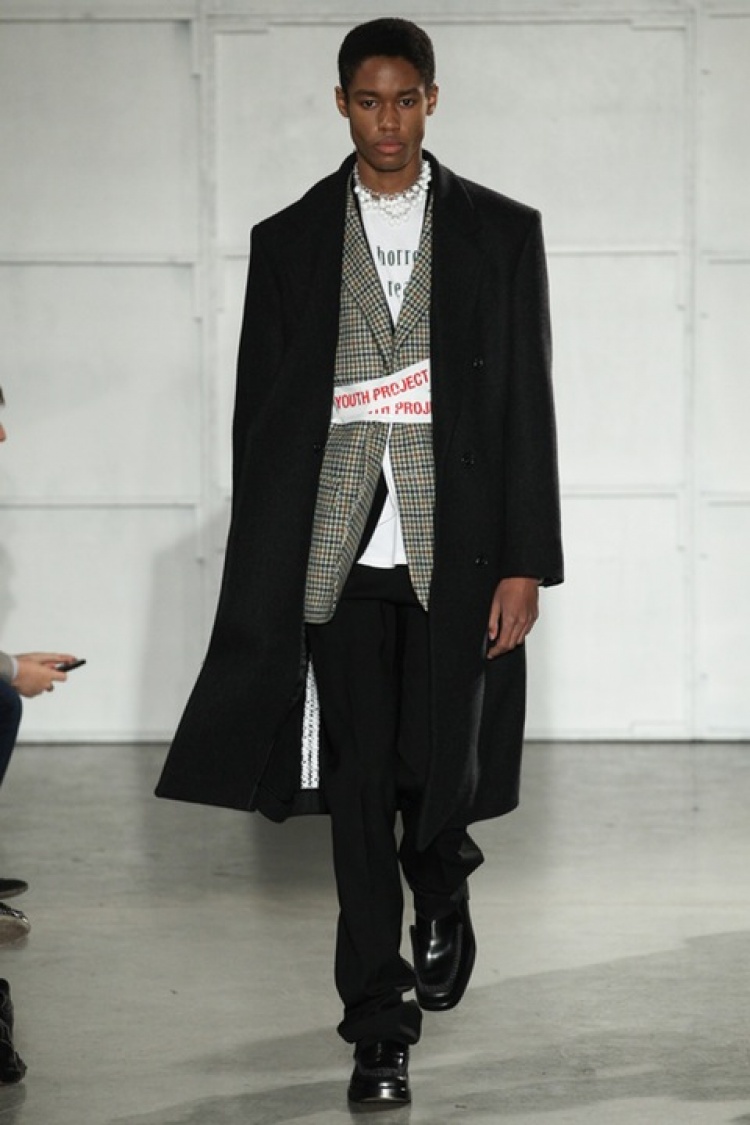