Today marks International Women's Day, a day to mark the strength of women around the world. I think this is the perfect day to celebrate the inspiration that young woman Emma Gonzalez has been and still is for all of us. The 18-year old survivor of the school massacre in Parkland, Florida, stood up and is urging adults to grow up and take action against America's rampant gun violence. Since the Febuary 14 shooting that killed seventeen people, Gonzalez has been an outspoken critic of The National Rifle Association and legislators who take money from the gun rights group.

I would like to share the powerful essay Gonzalez wrote for Harper's Bazaar right after the shooting, and stand still for a moment to realize how much we can actually achieve if we just keep faith in each other and in ourselves. 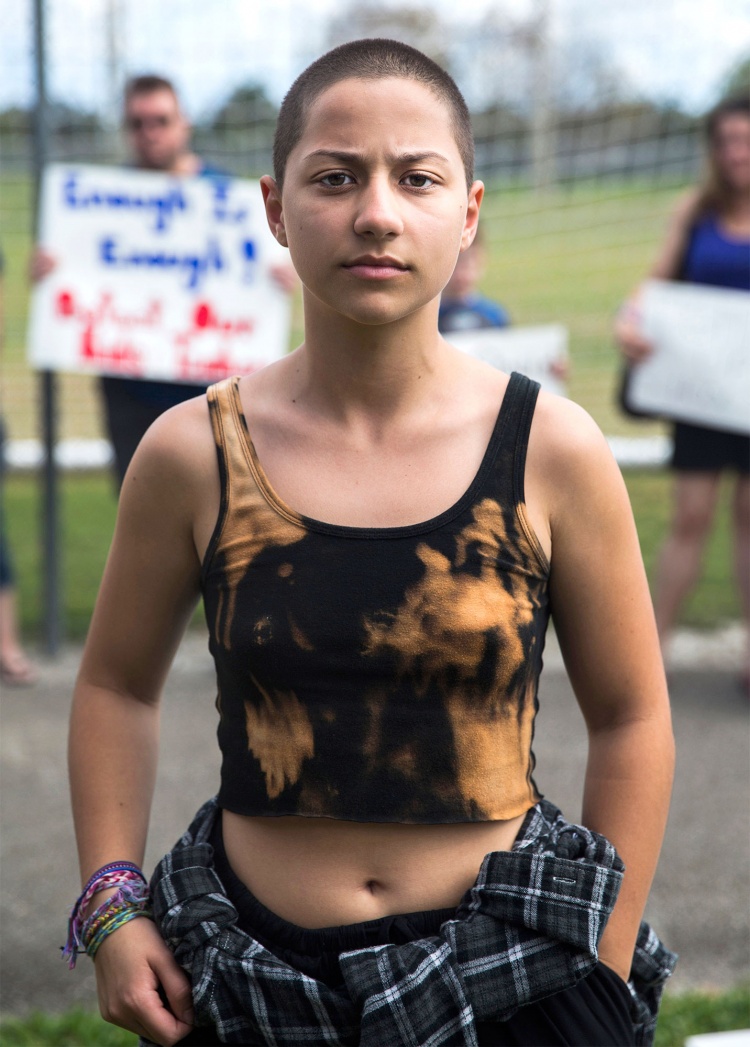 " My Name is Emma González. I’m 18 years old, Cuban and bisexual. I’m so indecisive that I can’t pick a favorite color, and I’m allergic to 12 things. I draw, paint, crochet, sew, embroider—anything productive I can do with my hands while watching Netflix.

But none of this matters anymore.

This started with, has been about, will always be for, all of us. And who are we? We are the people who died in the freshman building on Valentine’s Day at Douglas High, and the people who died in every mass shooting in U.S. history. We are everyone who has been shot at, grazed or pierced by bullets, terrorized by the presence of guns and gun violence in America. We are kids, we are parents, we are students, we are teachers. We are tired of practicing school shooter drills and feeling scared of something we should never have to think about. We are tired of being ignored. So we are speaking up for those who don’t have anyone listening to them, for those who can’t talk about it just yet, and for those who will never speak again. We are grieving, we are furious, and we are using our words fiercely and desperately because that’s the only thing standing between us and this happening again.

I have talked so much in the past few days that sometimes I feel like I might have used up all my words and I’ll never speak again. And then I hear someone say something really stupid and I can barely keep myself from snapping in two.

We are children who are being expected to act like adults, while the adults are proving themselves to behave like children

“If you have ever lost someone very important to you, then you already know how it feels, and if you haven't, then you cannot possibly imagine it,” wrote Lemony Snicket in The Bad Beginning: A Series of Unfortunate Events. There are people who do not know, and will never know, what it feels like to go through this. For that I am eternally thankful. But to the people out there who disagree with us: if you have ever felt what it's like to deal with all of this, you would know we aren’t doing this for attention. If these funerals were for your friends, you would know this grief is real, not paid for. We are children who are being expected to act like adults, while the adults are proving themselves to behave like children.

When did children become such a dirty word? Adults are saying that children are lazy, meanwhile Jaclyn Corin organized an entire trip to Tallahassee, three busses stuffed with 100 kids and reporters who went to discuss our pitiful firearm legislation with the people who can—but won’t—do something about it.

Adults are saying that children are emotional. I should hope so—some of our closest friends were taken before their time because of a senseless act of violence that should never have occurred. If we weren’t emotional, they would criticize us for that, as well. Adults are saying that children are disrespectful. But how can we respect people who don’t respect us? We have always been told that if we see something wrong, we need to speak up; but now that we are, all we're getting is disrespect from the people who made the rules in the first place. Adults like us when we have strong test scores, but they hate us when we have strong opinions.

I’m constantly torn between being thankful for the endless opportunities to share my voice, and wishing I were a tree so that I’d never have had to deal with this in the first place. I’d like to think that it would be nice to be a tree.

Still, if I’m able to communicate one thing to adults, it would be this: it should not be easier to purchase a gun than it is to obtain a driver’s license, and military-grade weapons should not be accessible in civilian settings. You don’t drive a NASCAR on the street, no matter how fun it might be, just like you don’t need an AR-15 to protect yourself when walking home at night. No one does.

At the end of the day, we don’t want people to have their guns taken away. We just want the people to be more responsible. We want civilians to have to go through more rolls of red tape to get what they want, because if any of that tape can stop those who shouldn’t own a gun from owning a gun, then our government will have done something right. All we want to do is go back to school. But we want to know that when we walk onto campus, we won’t have to worry about the possibility of staring down the barrel of a gun. We want to fix this problem so it doesn’t occur again, but mostly we want people to forget about us once this is over. We want to go back to our lives and live them to the fullest in respect for the dead.

Teachers do not need to be armed with guns to protect their classes, they need to be armed with a solid education in order to teach their classes. That’s the only thing that needs to be in their job description. People say metal detectors would help. Tell that to the kids who already have metal detectors at school and are still victims of gun violence. If you want to help arm the schools, arm them with school supplies, books, therapists, things they actually need and can make use of.

One more thing. We want increased mental health care for all those who need it—including the angry, frustrated men who almost always commit these crimes. Mental illness and gun violence are not directly correlated, but when the two go hand in hand, Americans—often children—lose their lives. We don't need the NRA's excuses, we need the NRA to finally stand up and use its power to supply the American people with something they deserve. (And please note, when members of the March for Our Lives movement talk about the NRA, we are referring to the organization itself, not the members. Many of the members understand and support our fight for responsible gun ownership, despite the organization preventing common sense gun laws from being instituted in the name of protecting the second amendment—rather than the American people.)

So march with us on March 24. Register to vote. Actually show up to the polls. Because we need to relieve the NRA of its talking points, once and for all." 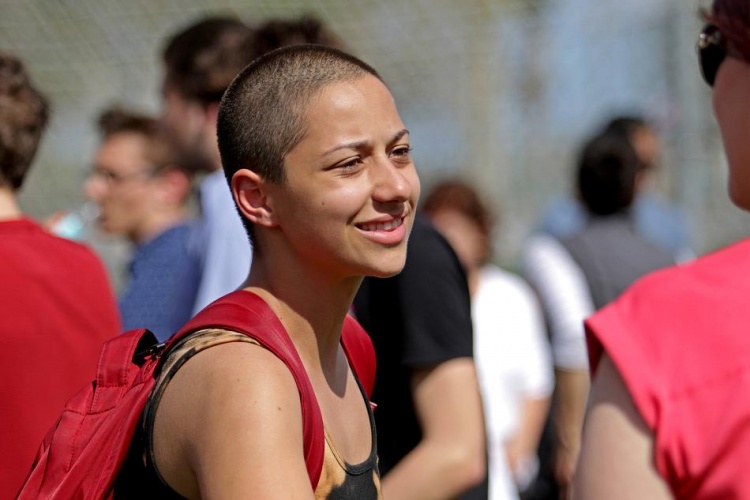 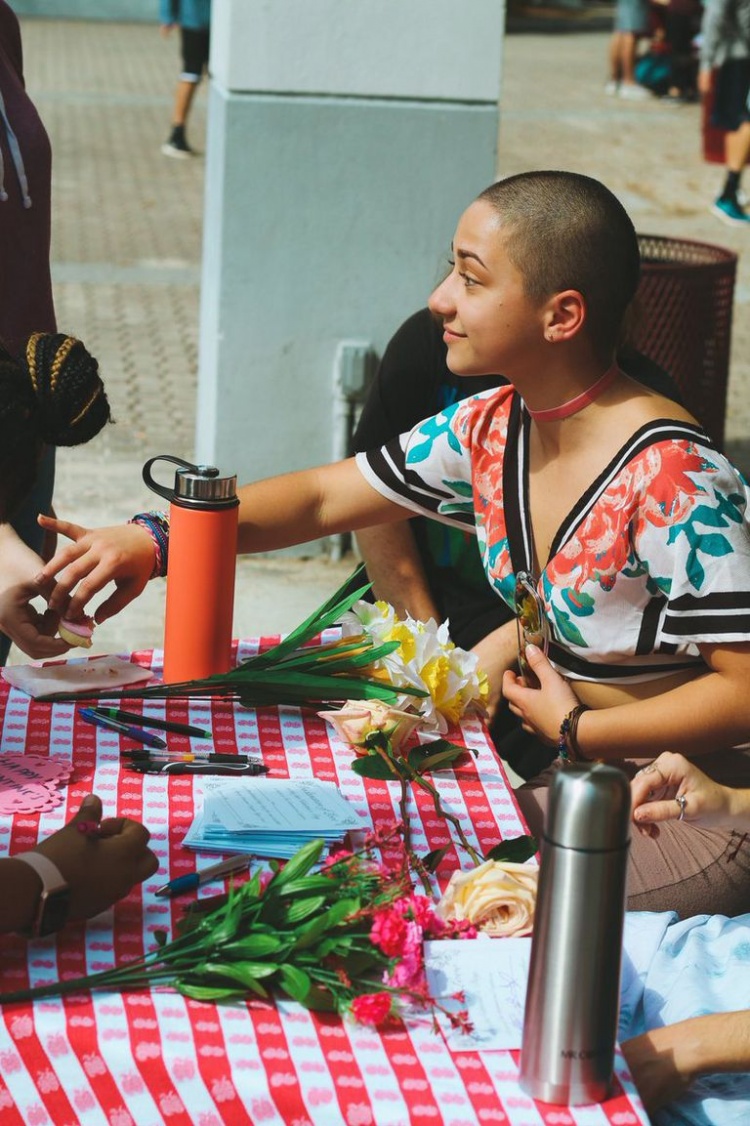 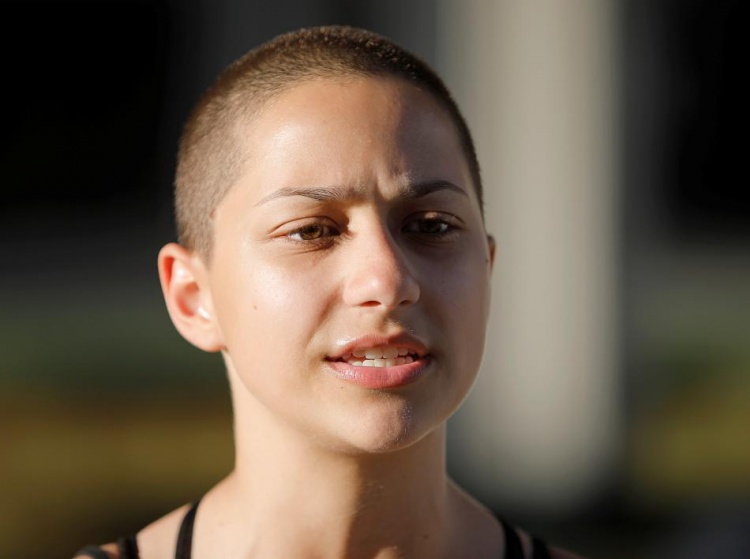 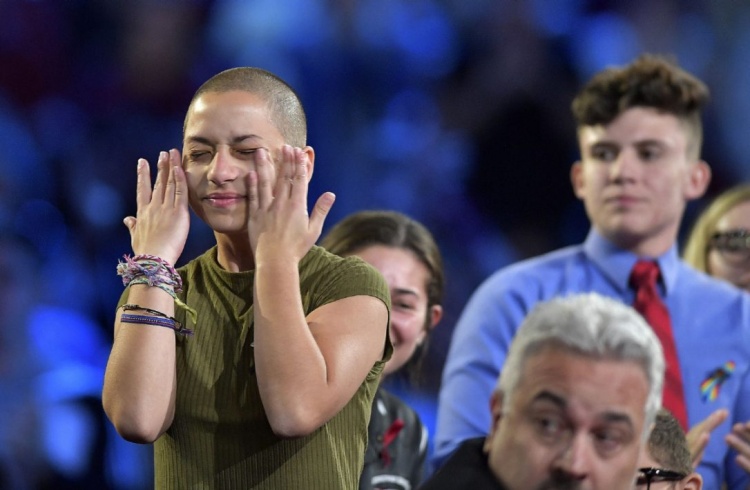