Is it already 75 years ago, when Operation Market Garden hit its failure and the war continued for another 8 months instead of beeing liberated? The memories seem so fresh, looking at the thousands of faces trying to reach the moorland of Ede to catch a climpse of the 98-year old veteran, jumping out of a vintage plane. This all to show respect to all the soldiers that fought along with him or did not even get the chance to fight that day 75 years ago.

It has become a family thing, to visit Ede during the Airborne Memorial on every third saturday of September. My father was born right before the war ended in the significant area where Operation Market Garden failed a couple of months earlier. It is rooted deep in the family and makes my generation of the family tree also feel connected with the drama that happened at the Ginkelse Heide, even though none of us whas there that day.

In September 1944, Allied forces perfomed a mass drop on the Ginkelse heide, as a part from operation Market Garden. What was supposed to end the war earlier, ended up in an impossible battle against the German forces. The day always starts with the first mass drop from the original airplanes. Hundreds of soldiers (when possible even some veterans as well), will jump outsite of the plane with their parachutes and land on the Ginkelse Heide, just like 75 years ago. An impressive site, that's for sure. At the end of the morning, there is an official memorial, to honor the veterans that fought in a country they probably never even visited in their short lives. The veterans left are over ninety and sometimes a hundred years old, which means that the group is getting smaller and smaller every year. The handfull of men who were there in 1944 are something to cherish, and let us be persuasive in continuing this tradition even when they wil not be there anymore.

I remember the memorials to be gloomy because of grey and misty weather. For some reason the clouds dissapeared for its 75-year old anniversairy and the sun decided to shine like never before and take masses and masses of people to the site to pay their respect. It was festive, it was special, it was beautyful. 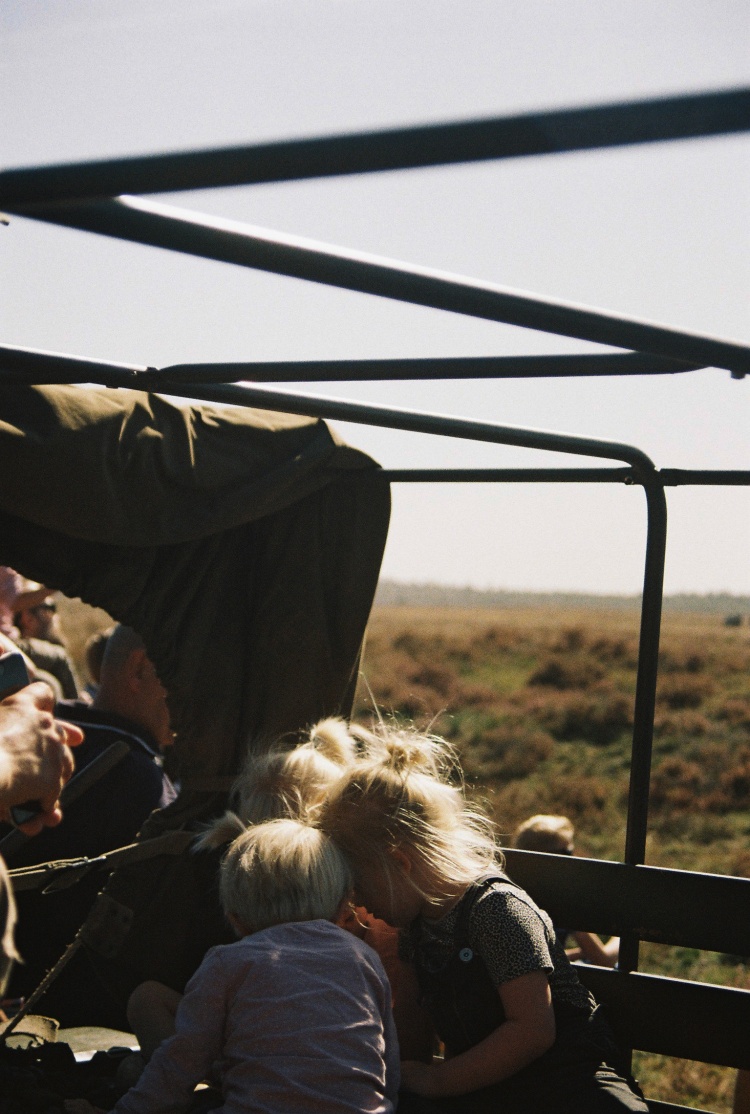 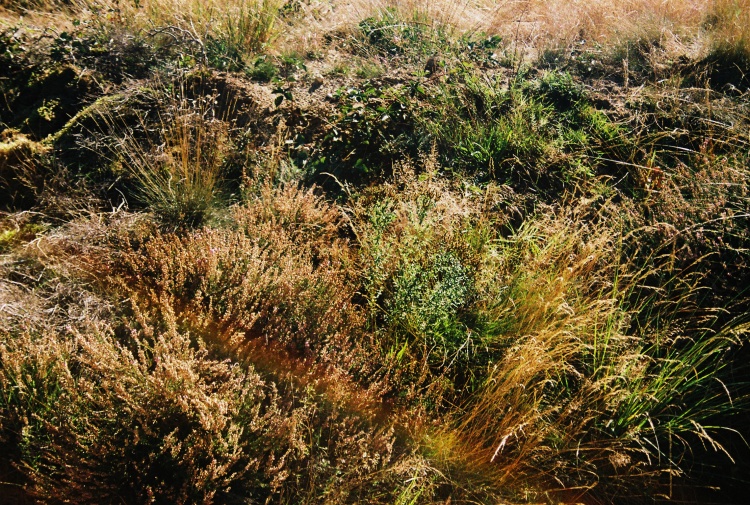 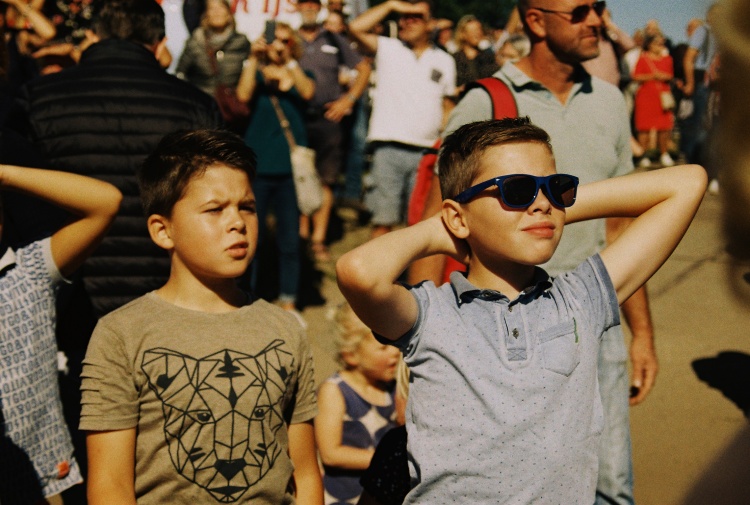 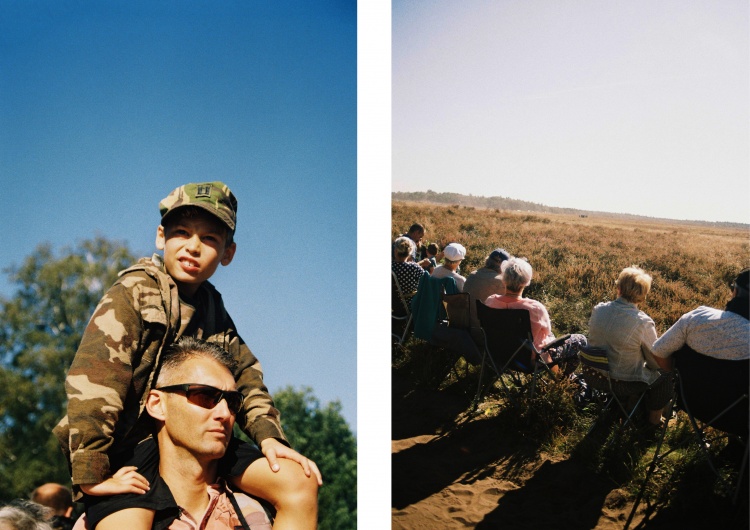 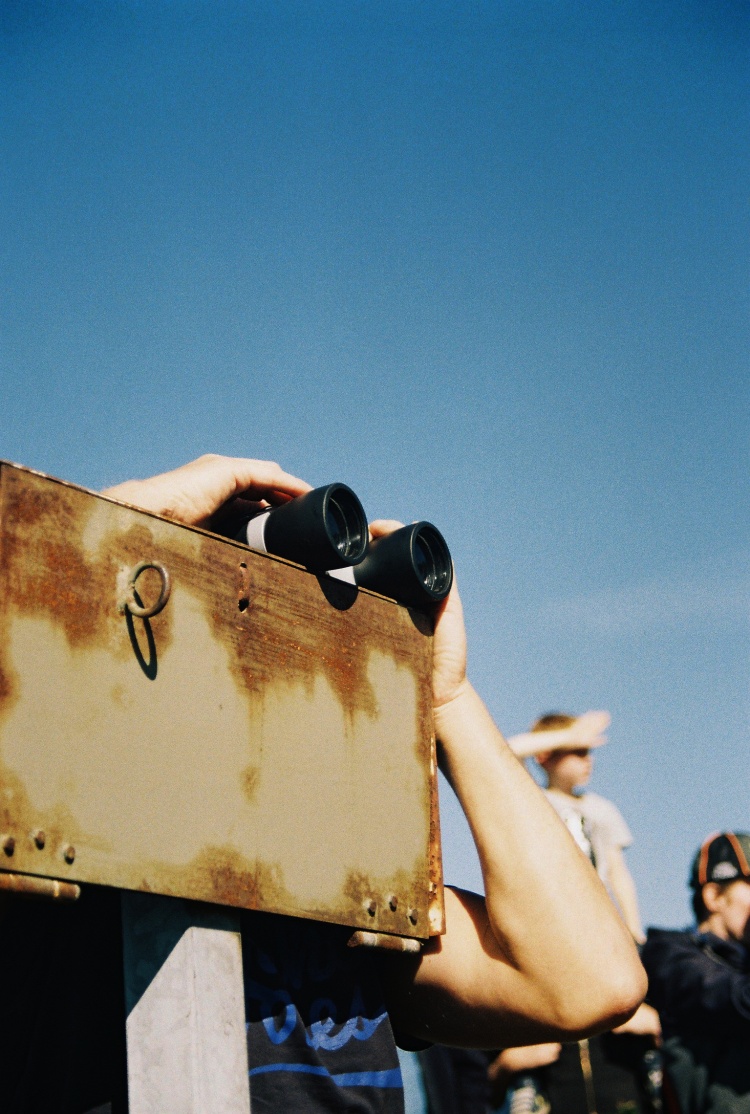 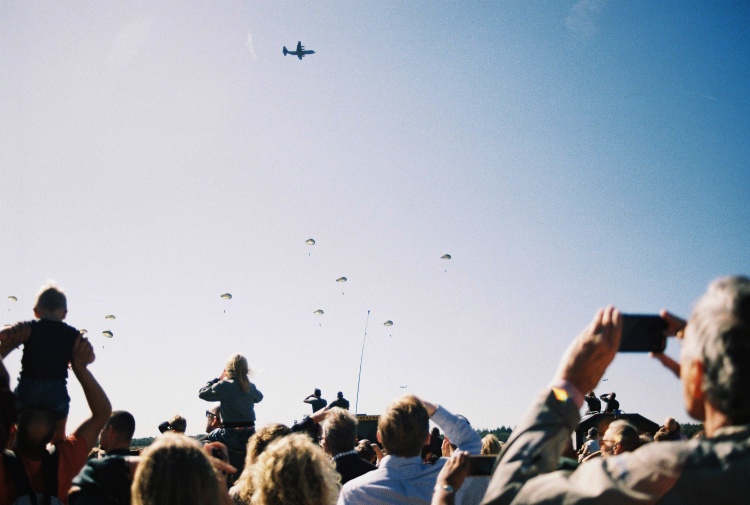 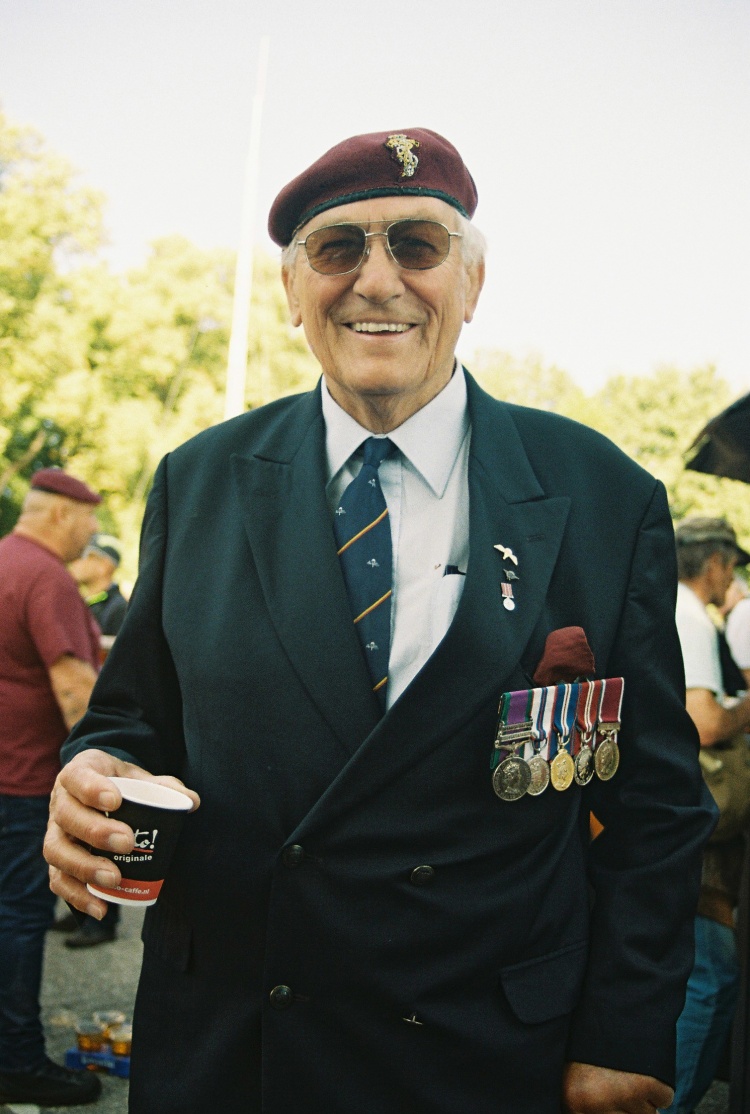 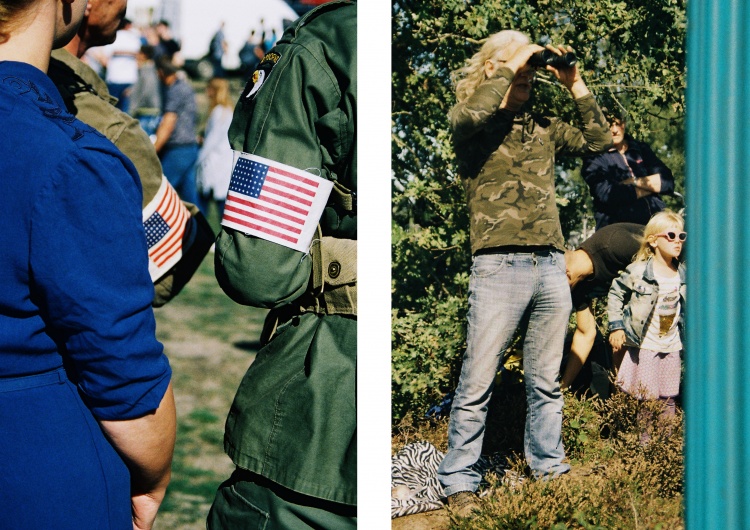 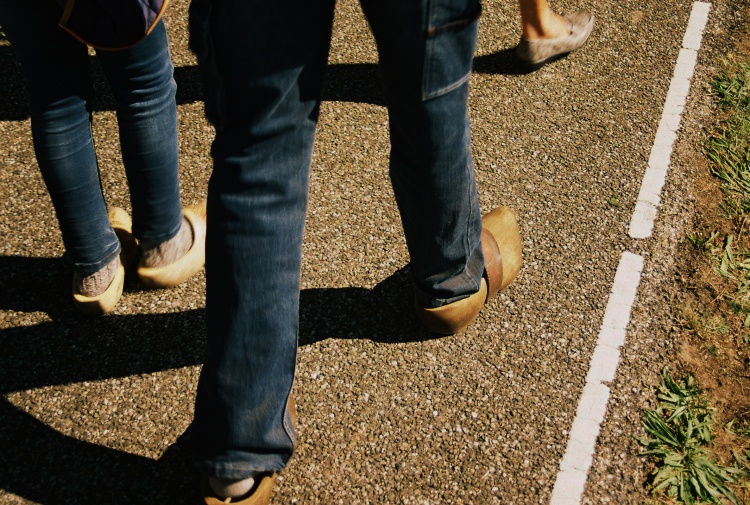 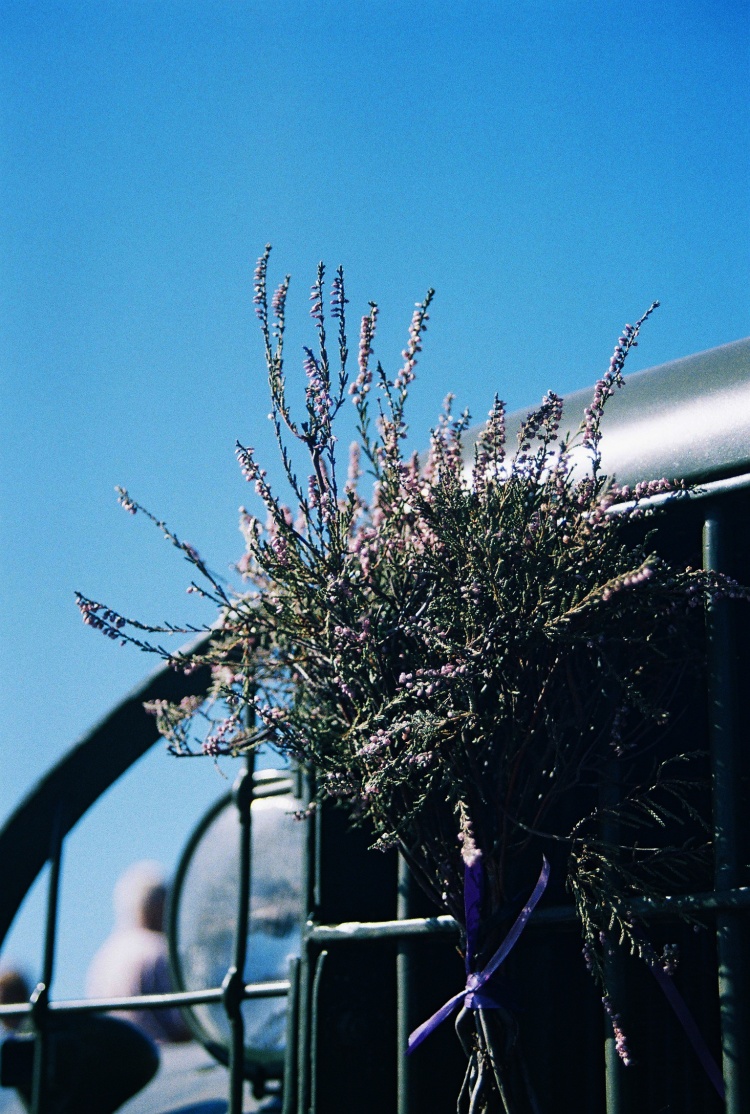 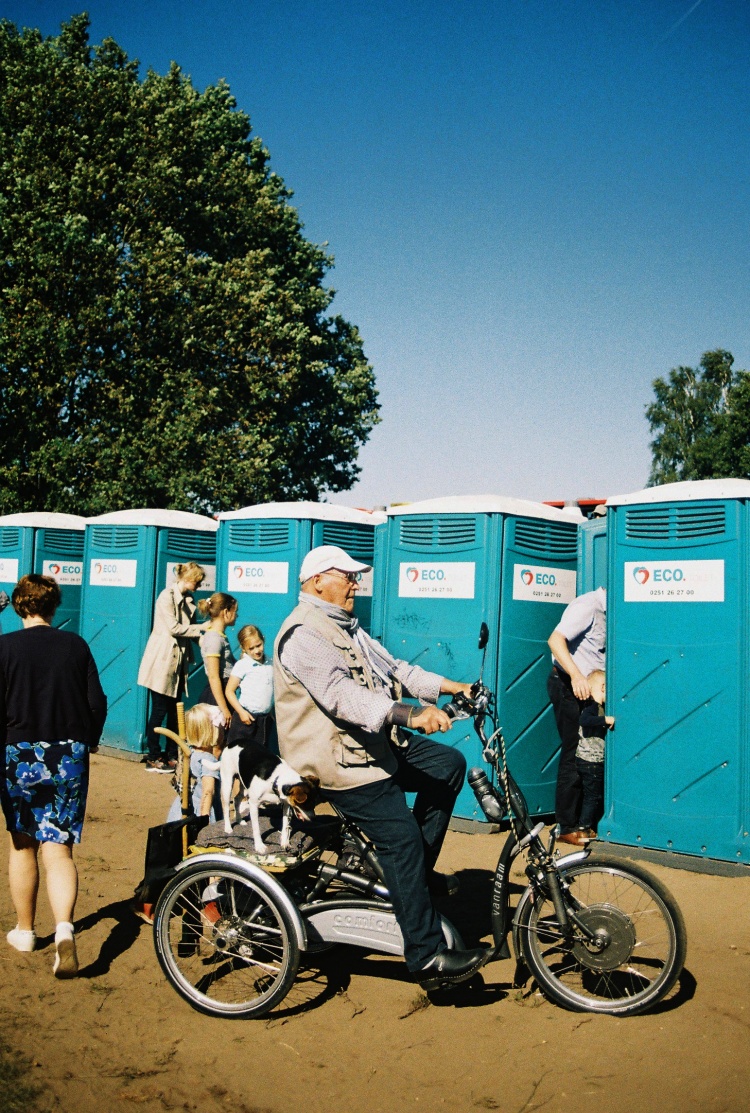 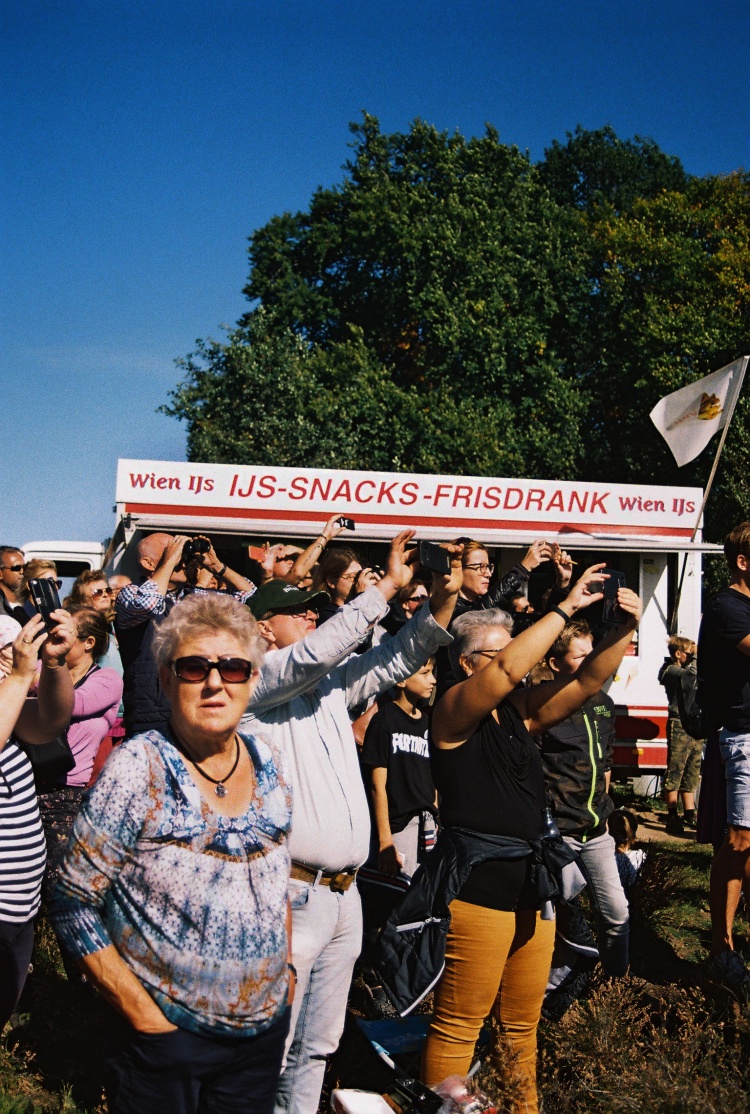 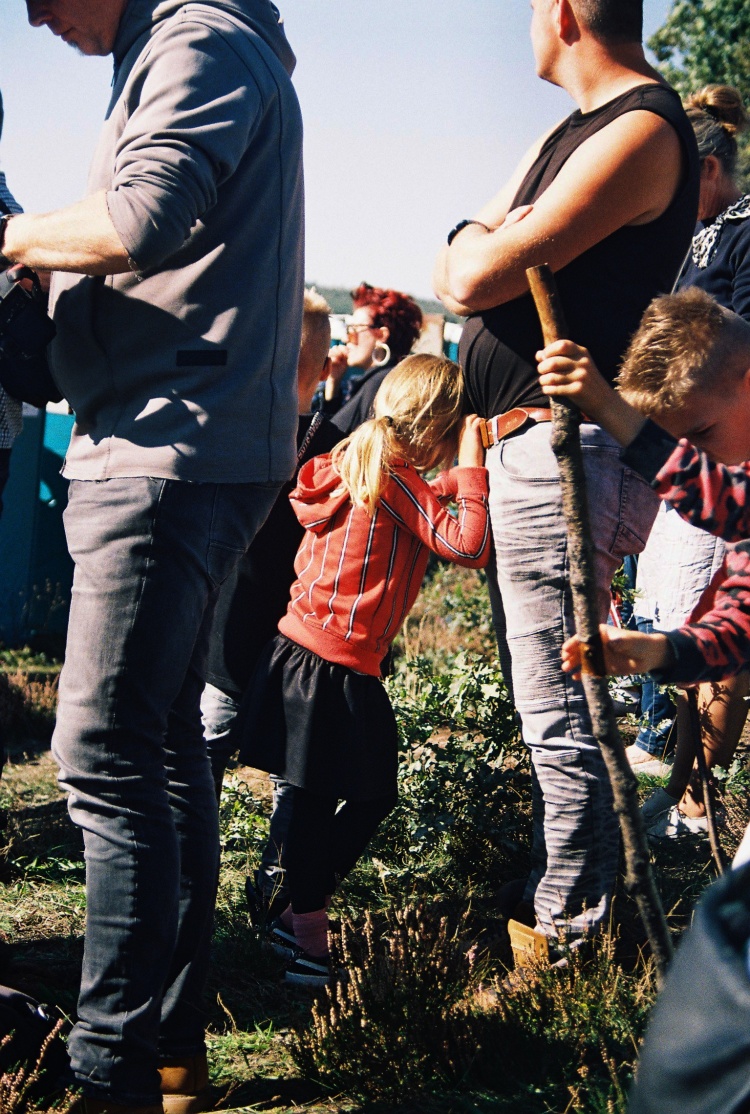 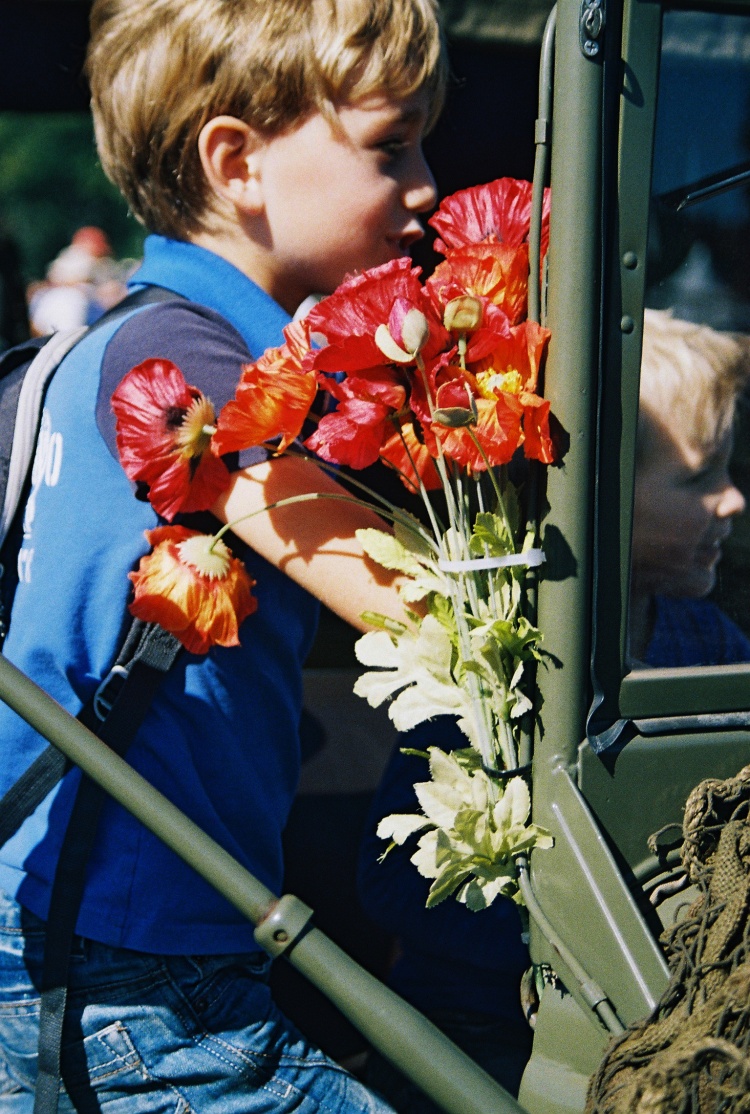 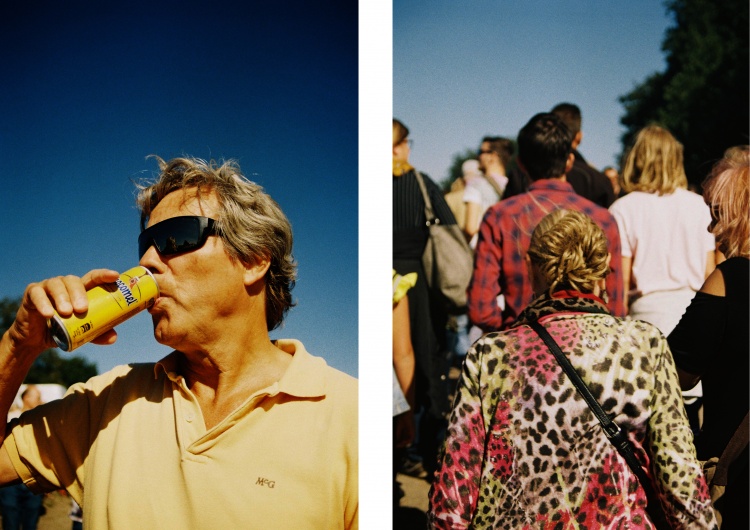 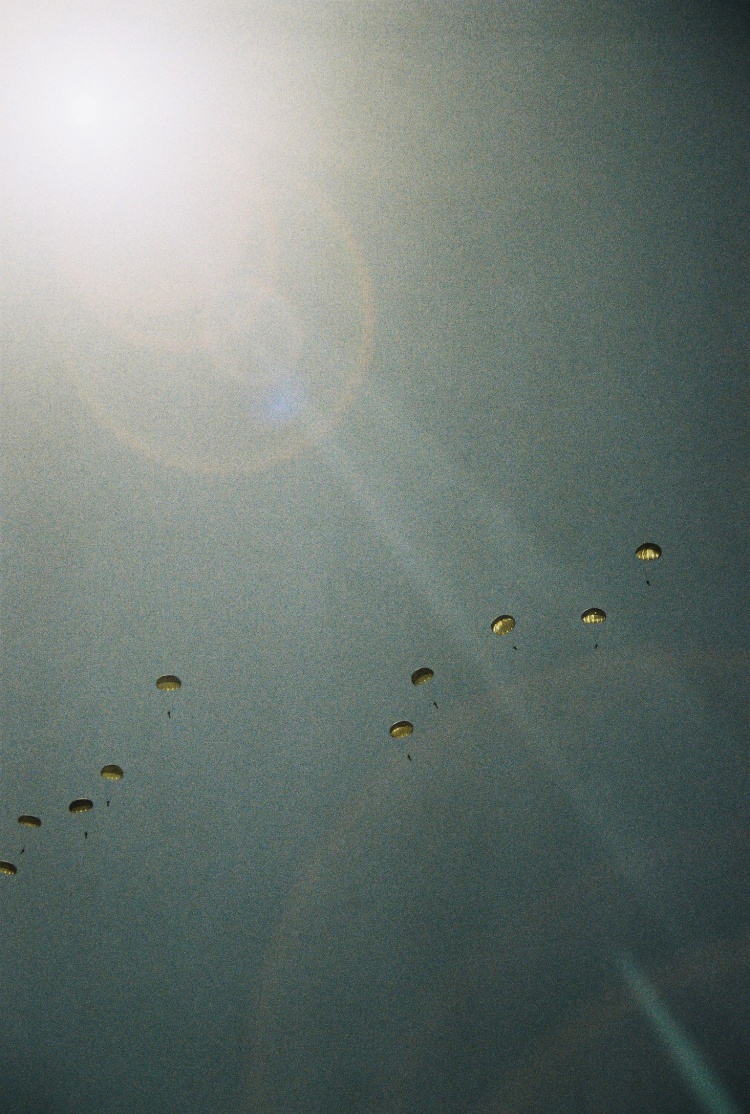 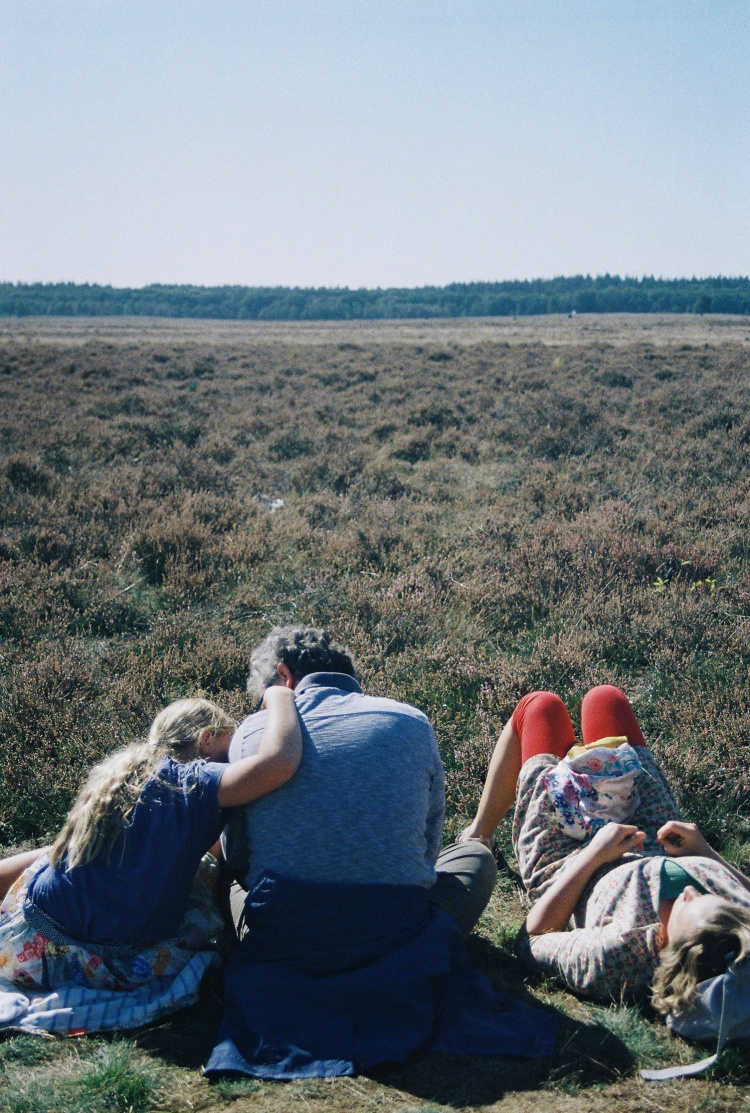 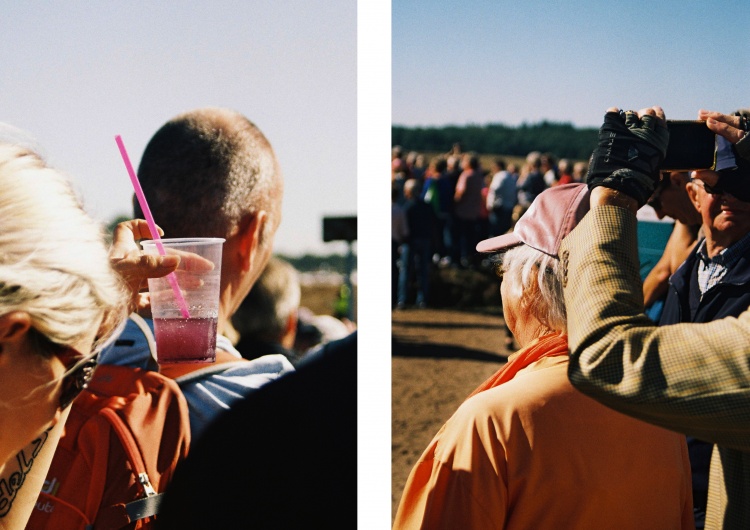 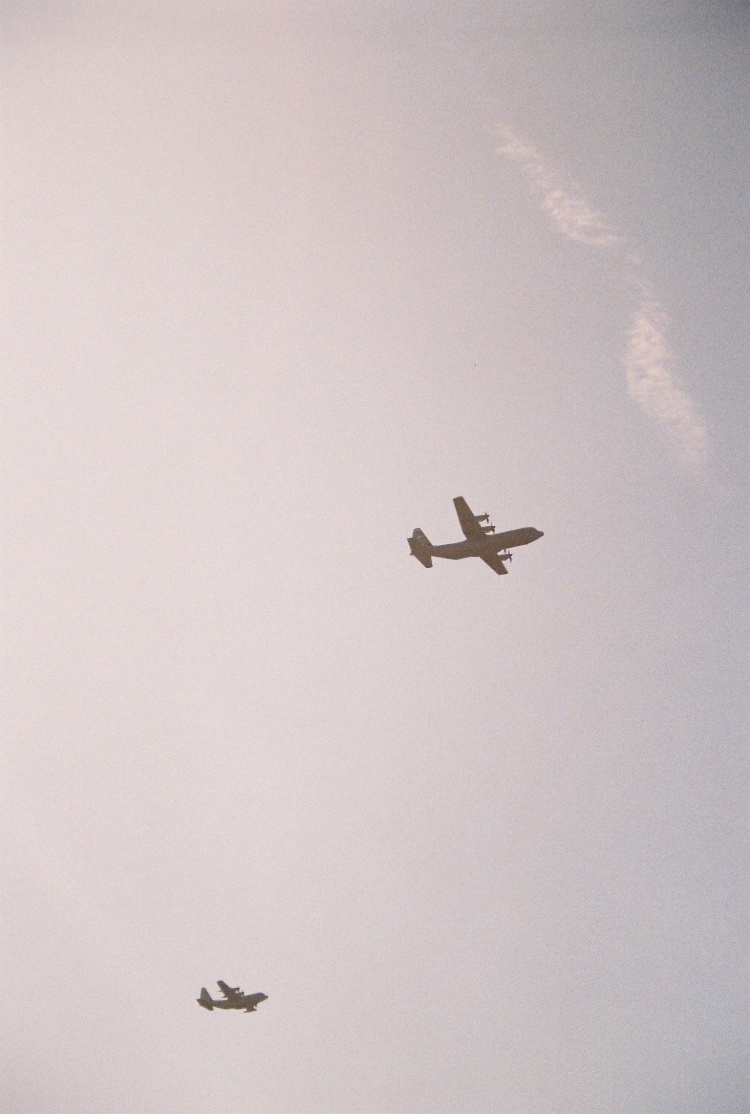 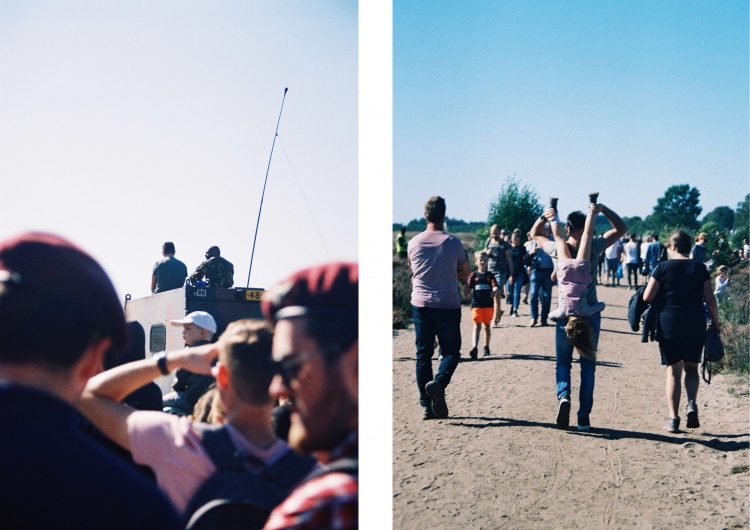 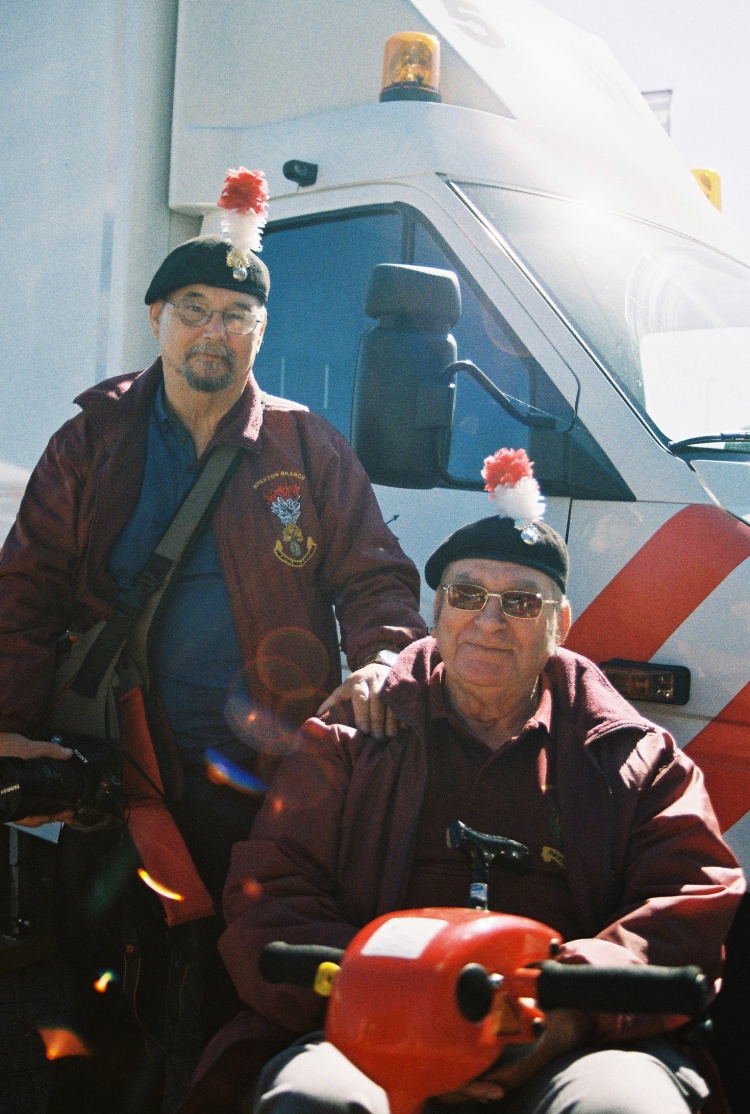