Alex Prager (American, born 1979) is a self-taught photographer and filmmaker. In her detailed invented staged photographs, Prager references to the aesthetics of mid-twentieth century American cinema and photography. Each of her colorful lush images are similar to a film still; completely constructed and packed with exaggerated emotion and human sentiment. Prager is inspired by movie directors such as Douglas Sirk and Alfred Hitchcock. Her images are resembling movie stills, they are nerve-racking photographs. Crispy, boldly colored, shot from unexpected angles and dramatically illuminated, feature women disguised in wigs, dramatic makeup and with retro clothes.

Her project “Face in the crowd” consists of a short film and a series of photographs. Prager was travelling many times over the past several years. She saw airport terminals, subway stations, streets of New York or London, all crowed with people. She became very aware of the crowds of people and how her emotional and psychological state determined what she noticed and absorbed in the crowd.

In the short film actress Elizabeth Banks play an all-American beauty observing a cast of exhibitionist characters before finding herself comfortable among them. There is a strong focus on the face of Elizabeth Banks to capture one intense emotion. The images from the series are not quite real and not quite fake. They give us the freedom to enter them ourselves. It’s not like recreations of real crowd. These images are forced. There is a variety of different settings; a beach, a movie theater, on the streets, an airport. Some of the images capture many as thirty people, often in motion and each seemingly caught in a private moment of their own. There is an almost overwhelming awareness of the human melodrama of each individual and the total drama of the group as a whole. 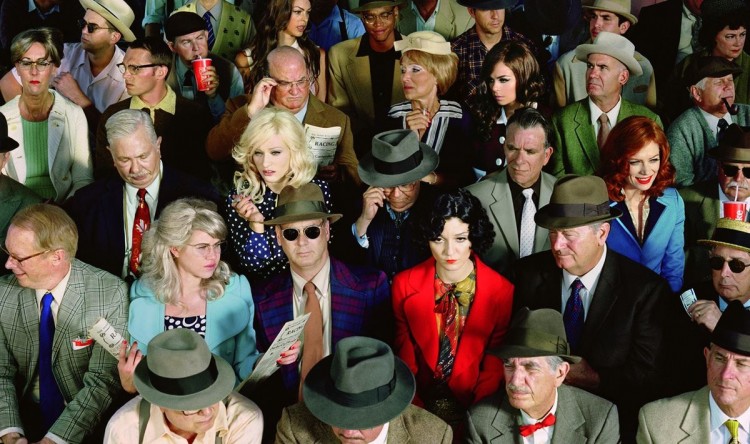 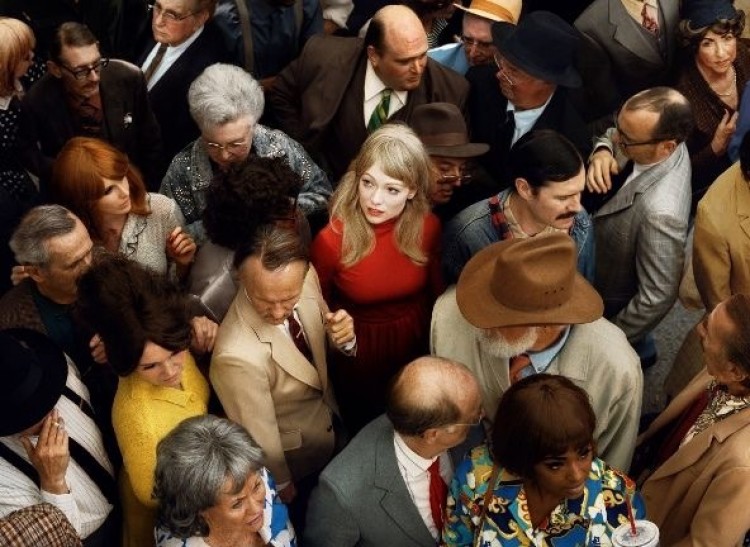 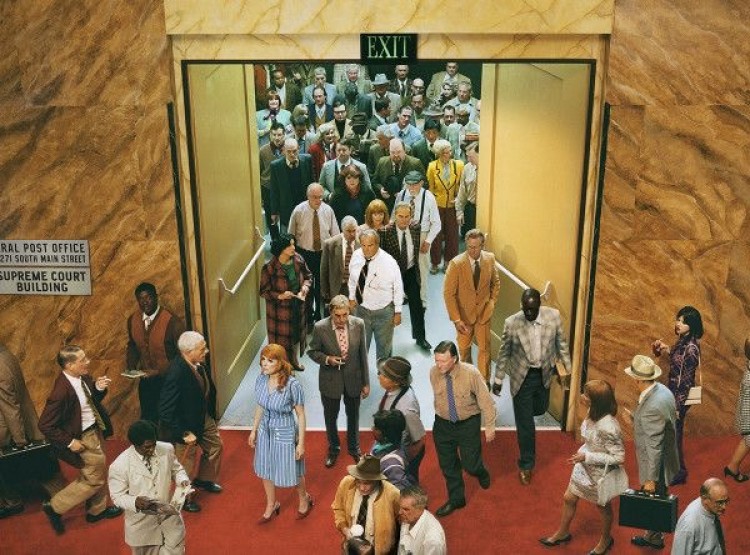 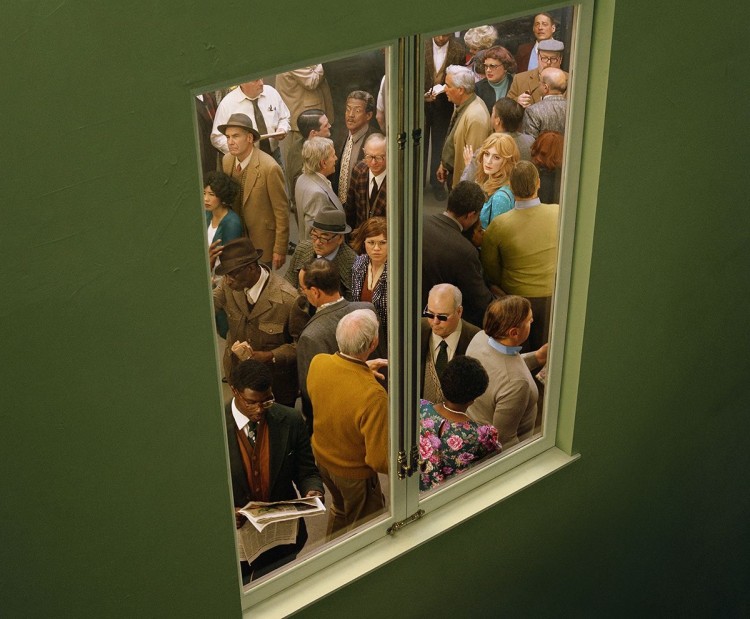 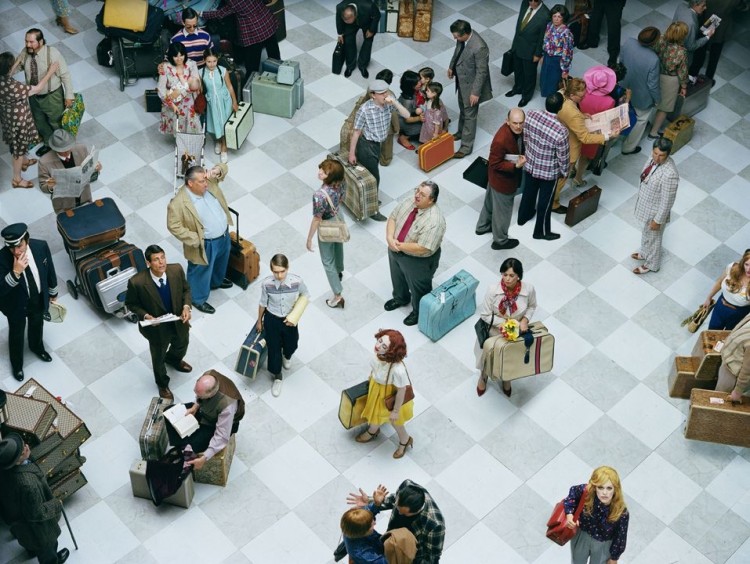 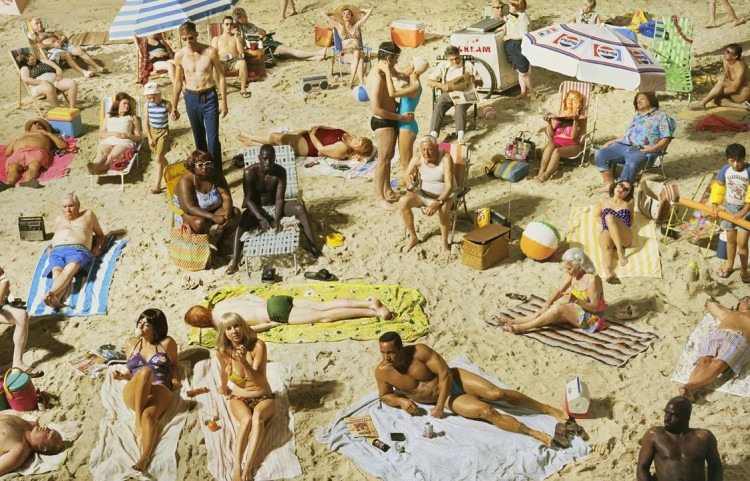 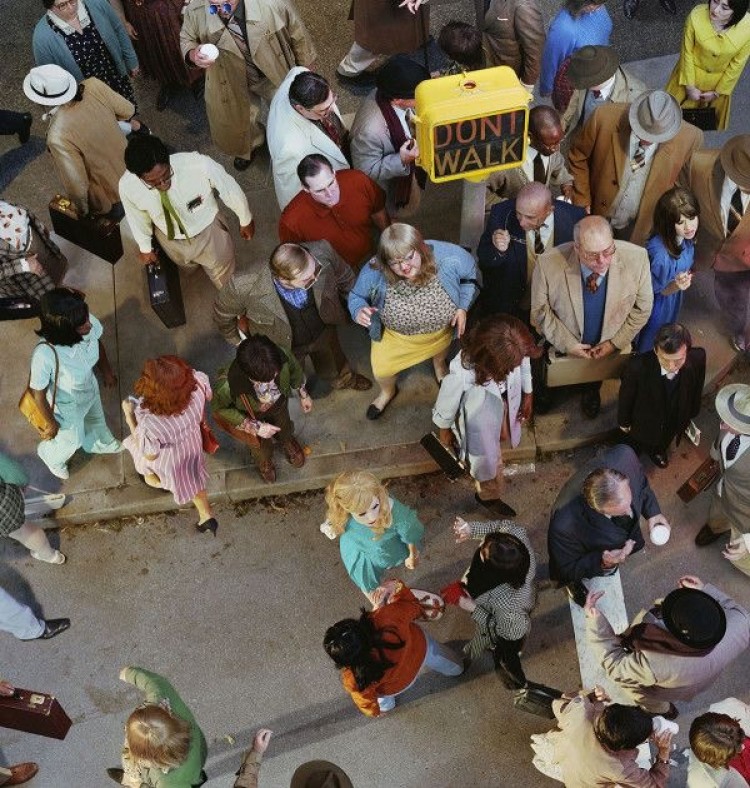 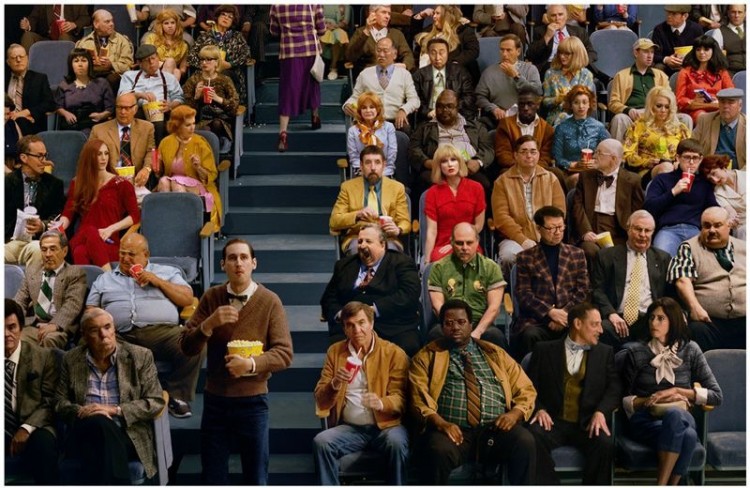