For this week we’d like to introduce you to Matt Lipps. On first glance, Lipps’ pictures look pretty slick. Each shows a tastefully composed cluster of people, sculptures, buildings and banners, the mix made up of modern masterpieces from 20th century Europe and icons from ancient Greece, Africa and the Middle East. A closer look reveals that Lipps’ images are not collages. Each depicts a diorama-sized stage, complete with tinted spotlights, matching backdrops, variously scaled props and mind-boggling shadows. The stars of Lipps’ mini photo-shoots are paper doll-style figures that he has cut out of an encyclopedia-style bimonthly publication that was popular in the United States from the late 1950s to the late 1970s. The low-tech, DIY skill-set is endearing. It’s also effective. 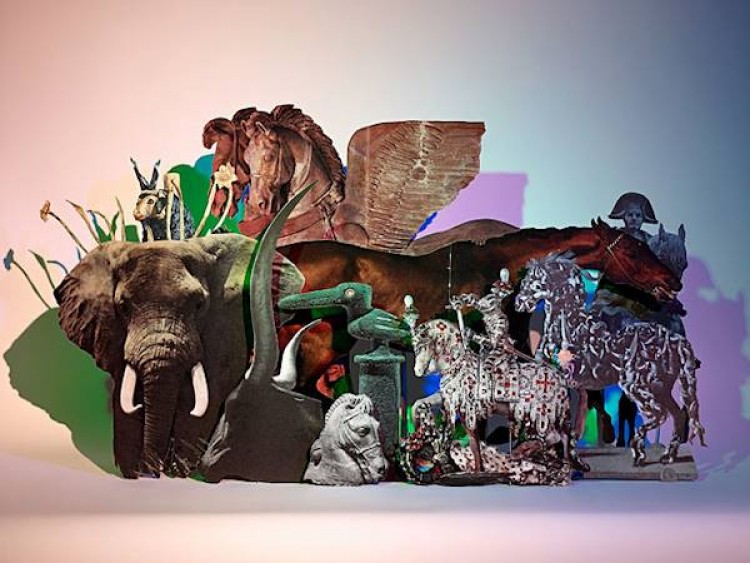 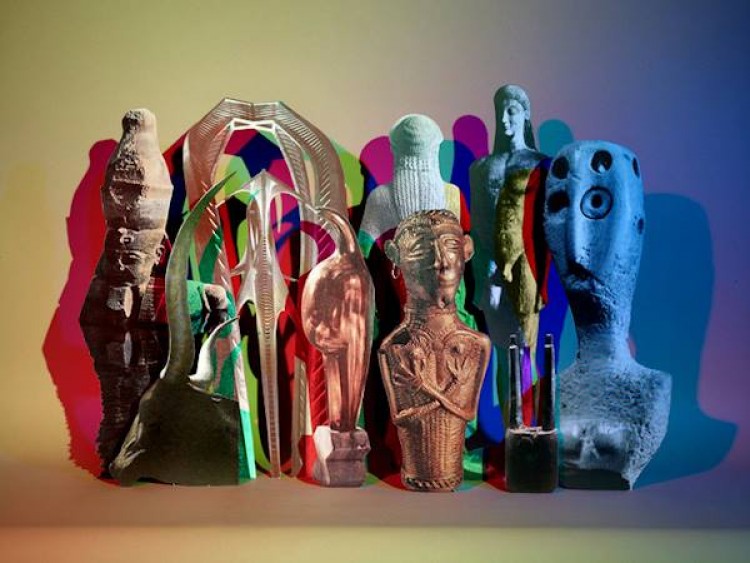 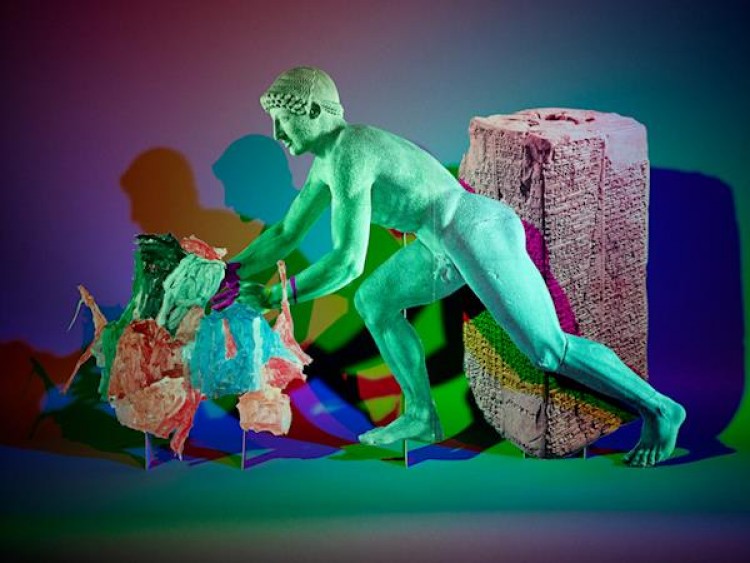