From 28 September to 30 November EYE presented the first solo exhibition in the Netherlands by British artist Anthony McCall. Since the 1970s McCall has produced a remarkable body of work that includes drawings, performances and—most importantly for this exhibition—his large-scale light-projection installations, so-called "solid light films." McCall's sculptural light projections are at once minimalist in form and magical in effect, theoretical in essence and visceral when experienced. His moving light sculptures are in a permanent state of flux, consistently refusing to be classified by the confined categories of art history such as "sculpture" and "film." The exhibition not only presents some of the most important solid light films but also tracks their development back to McCall's early work.

When I was there two weeks ago, I saw his work for the second time. But it hit me just like it did the first time. The light works, that are constantly changing are very inviting to wonder through. The intensity of the exhibition space, being dark and smoked, create a very intimate feeling. It takes a while to adjust to darkness, McCall’s works are like landmarks, the draw you to the source of the light, but also to the wall, where the light ‘ends’. The soft carpets invite you to sit and lie under the lights.. Its magical when the steam hits the light horn and it meanders into intense patterns. It never bores watching clouds change right? 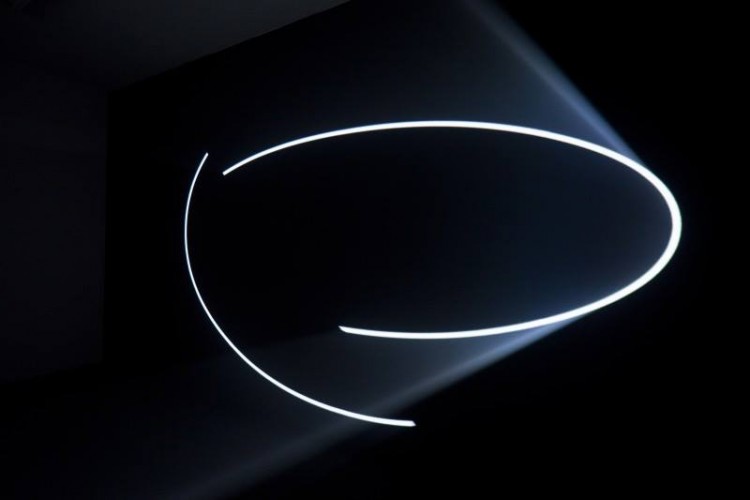 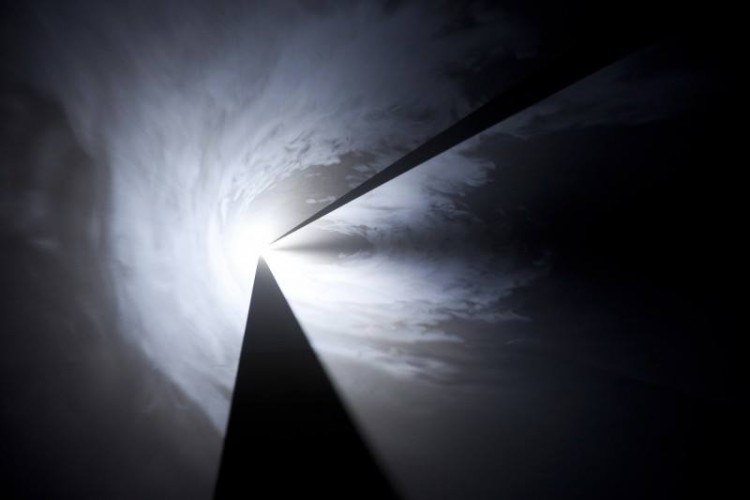