'The Blue sail is a very famous installation works by Hans Haacke. Which has been installed in many exhibitions. It has a sense of poetism within it, as it is a flowing piece of chiffon that spreads a sense of rhythm and calmness to the viewer.

Haacke: “If wind blows into a light piece of material, it flutters like a flag or it swells like a sail, depending on the way which it is suspended. The direction of the stream of air, as well as its intensity, determines the movements. None of these movements is without an influence from all the others. A common pulse goes through the membrane.” 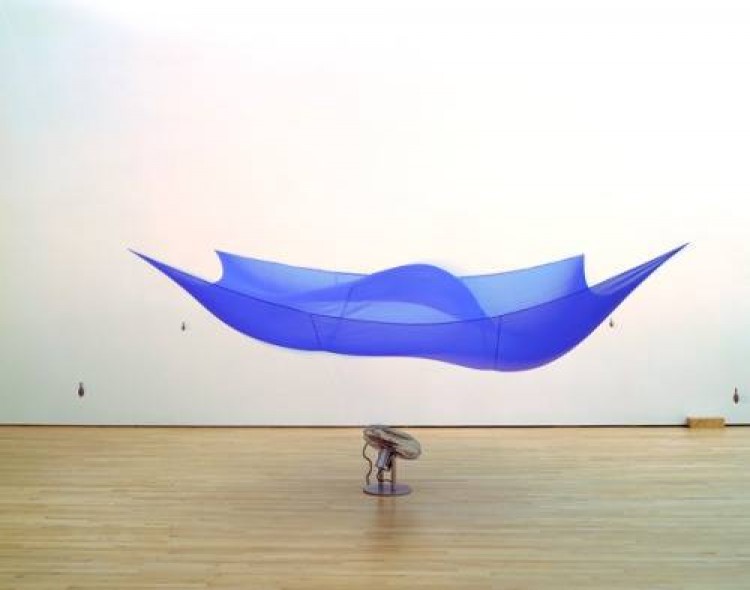