“Fire Island Pines: Polaroids 1975-1983”, a polaroid series made by photographer Tom Bianchi, contains dozens of exuberantly playful and homoerotic SX-70 Polaroid images taken between 1975 and 1983. Bianchi documented the gay community at play in one of the few places where they then could openly be gay men, at Fire Island Pines. The Pines is a mile-long sliver of some 600 modest and grand houses on a 36-mile long barrier island 60 miles east of Manhattan along the Long Island coast. “Fire Island Pines: Polaroids 1975-1983” is an homage to the free-spirited community that was Fire Island Pines in what is often called the “golden” age in the 1970s. The Pines was a refuge for as many as 10,000 gay men each weekend who pulled their little red wagons from the harbor to their homes and reveled at afternoon “Tea Dances”. For many it was their first chance to openly walk hand to hand on the beach with a romantic partner. Tom Bianchi has given us one version of gay happiness. An earthly paradise where handsome men love one another on white sands under an eternally cloudless sky. 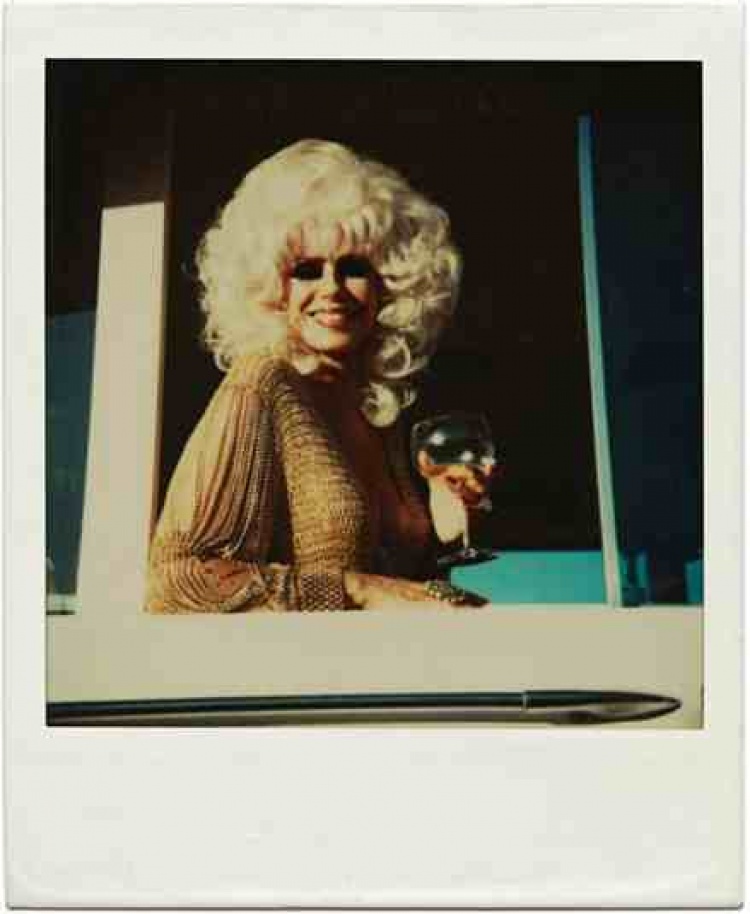 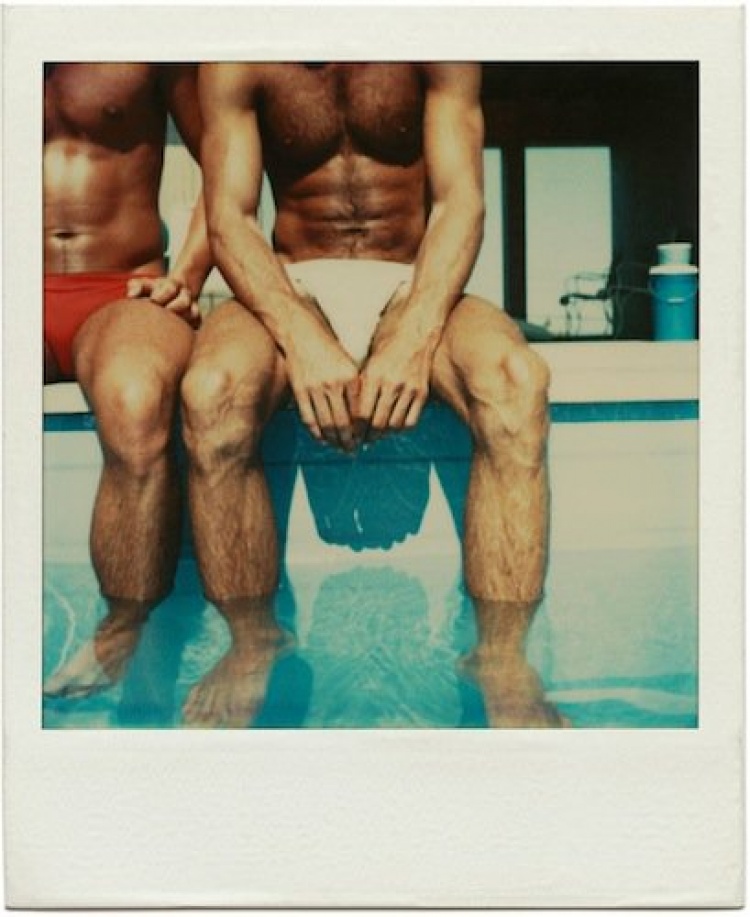 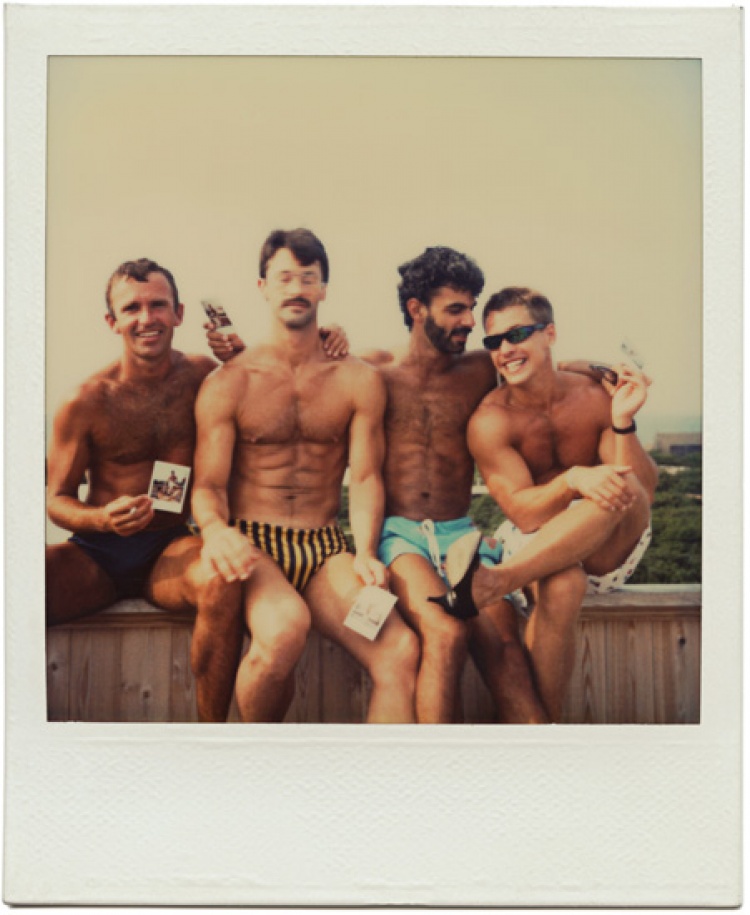 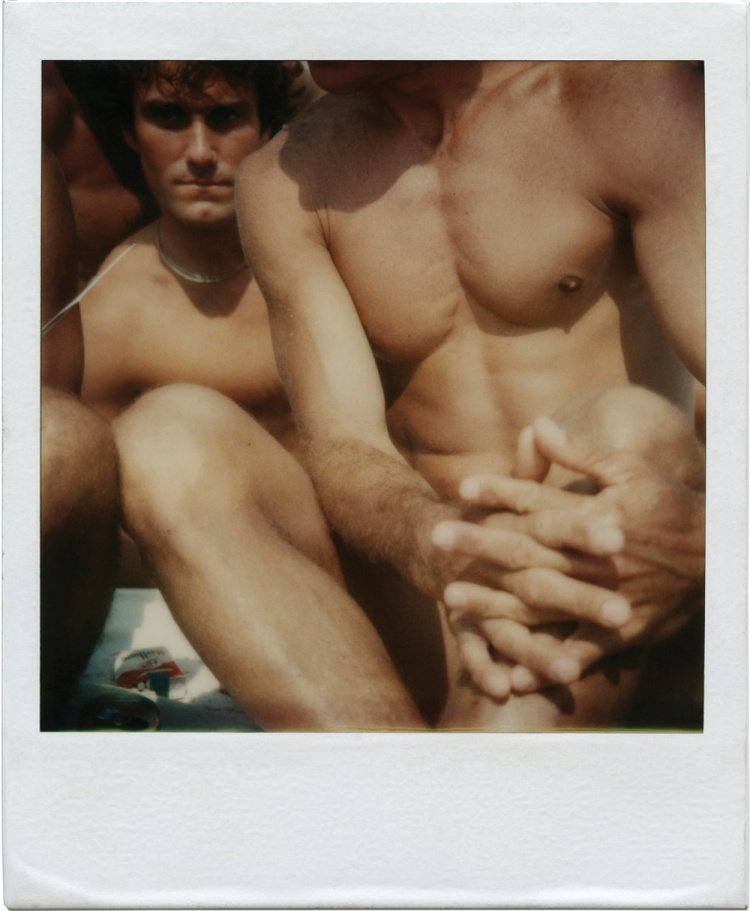 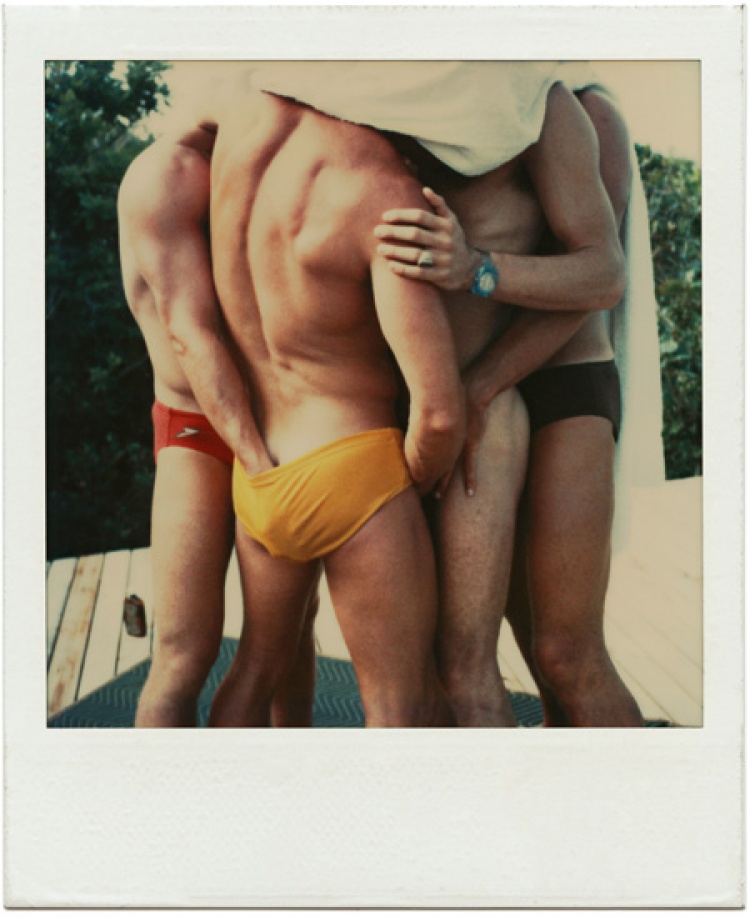 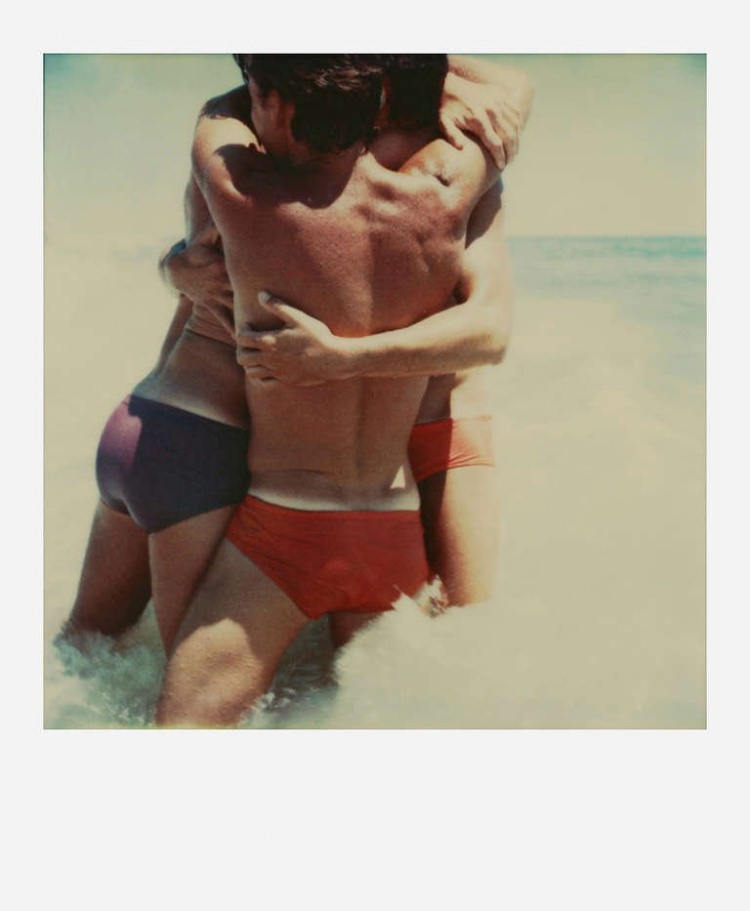 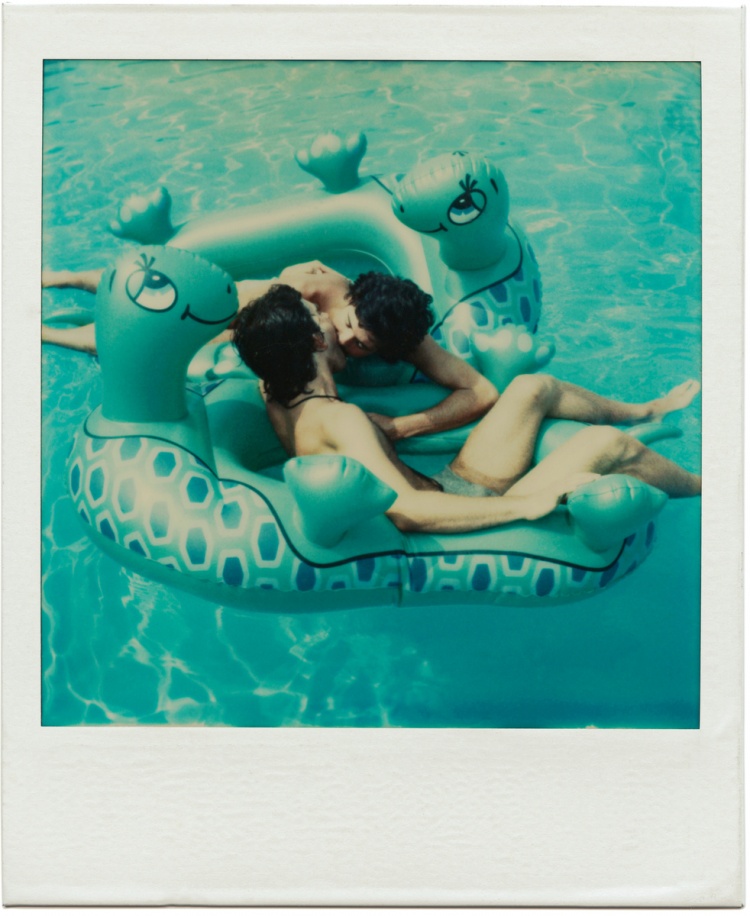 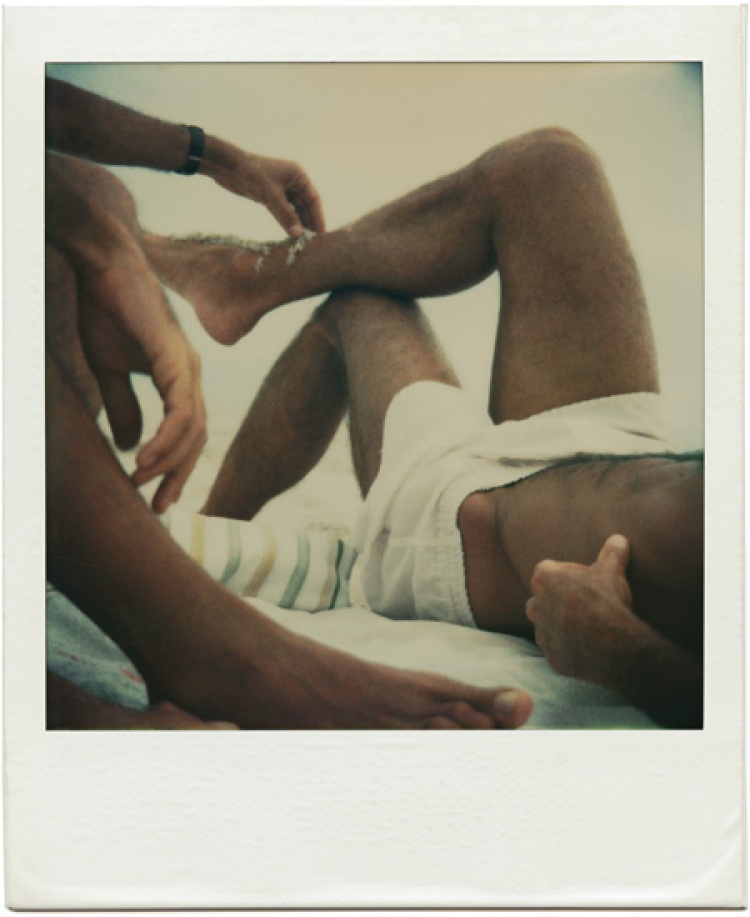