When rebuilding Rotterdam after the second world war, the city became easily accessible for cars. The infrastructure was seen as 'very important' the city got build around these roads, the harbour and the transport of all its goods were the main reason for this structure. Now Rotterdam seems to be one of the most unhealthy cities in Holland to live in. Due to the car exhaust from the cars that use these routes through the city of Rotterdam.

The government thought they had a smart plan to solve this exhaust problem. Instead of reorganizing routes and roads, they decided that cars build before 1992 are not allowed in the city anymore (that they call the milieuzone).
This is why car owners decided to come into action and protest, on a sunny Sunday all the older cars gathered and planned a route right through the city, while Florine and I watched from the sideline. A lot of beautiful old timers passed by, such a shame if these cars will not longer be allowed to give the city a peak into car history.

Allthough this moment brought a little sadness to our hearts, it was a beautiful view. With lots of color and a lot of shiny steal. Owners that dressed up for the event, some even took their dogs for this special ride. We wish them all the best! 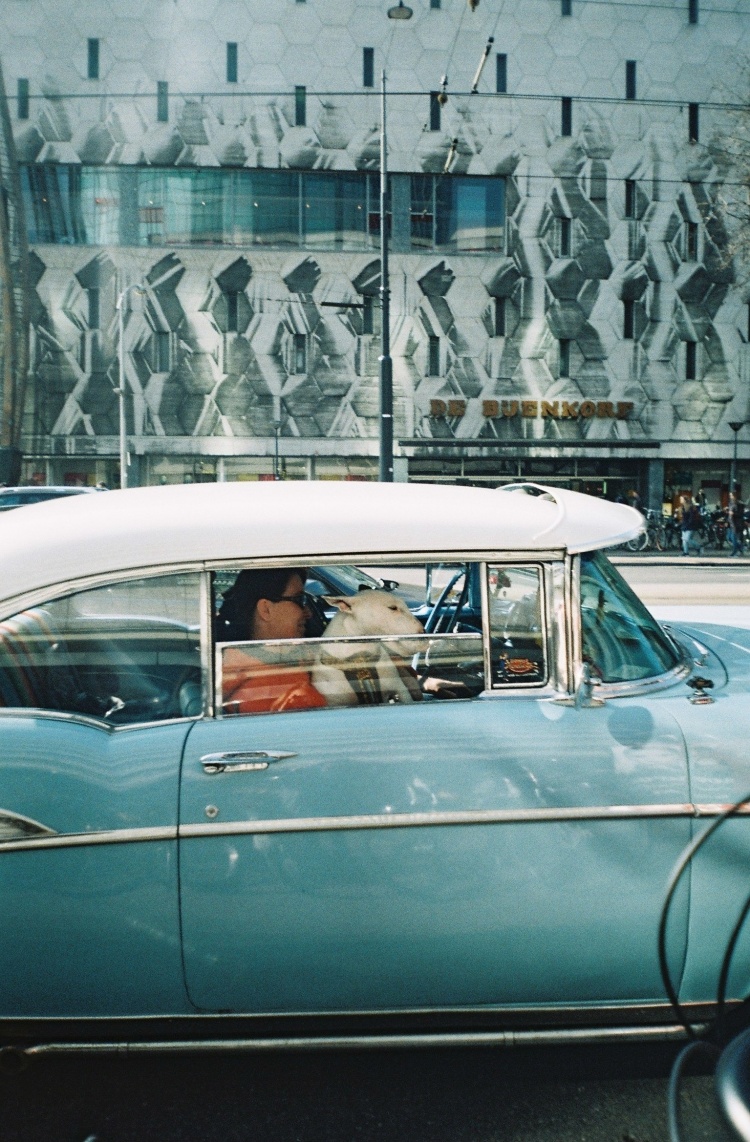 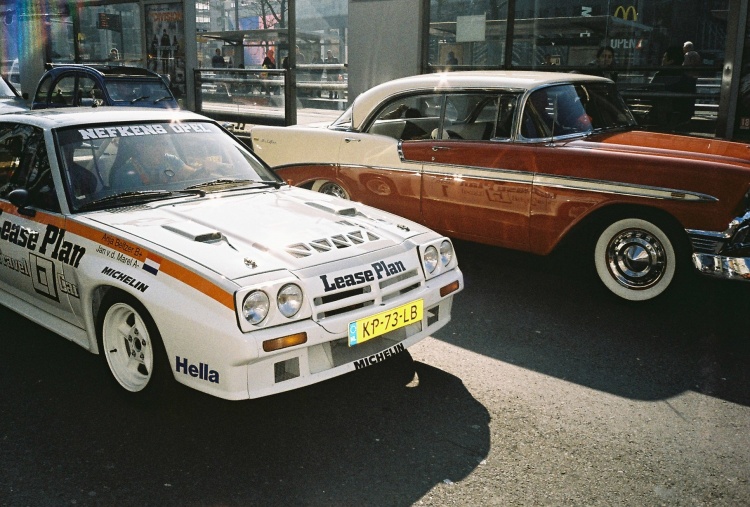 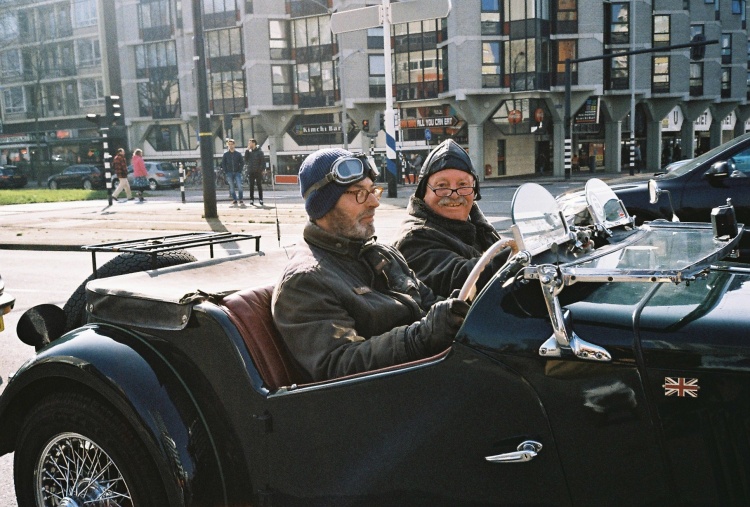 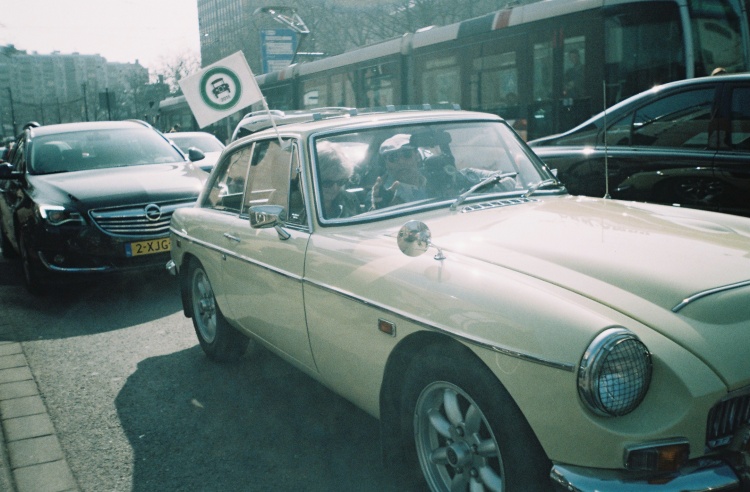 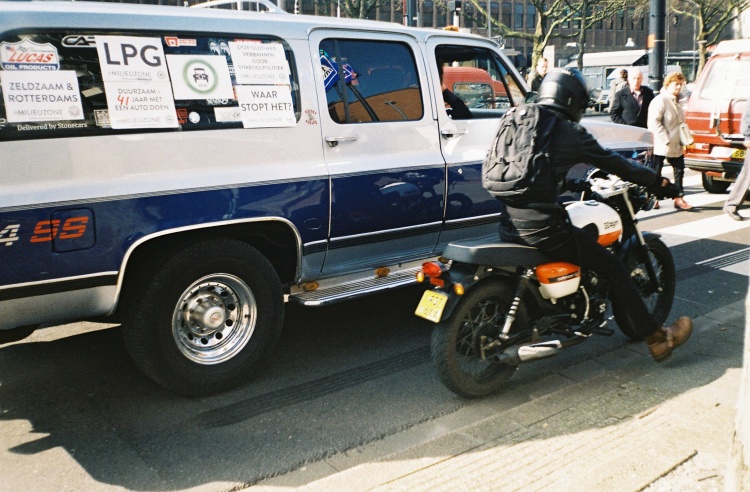 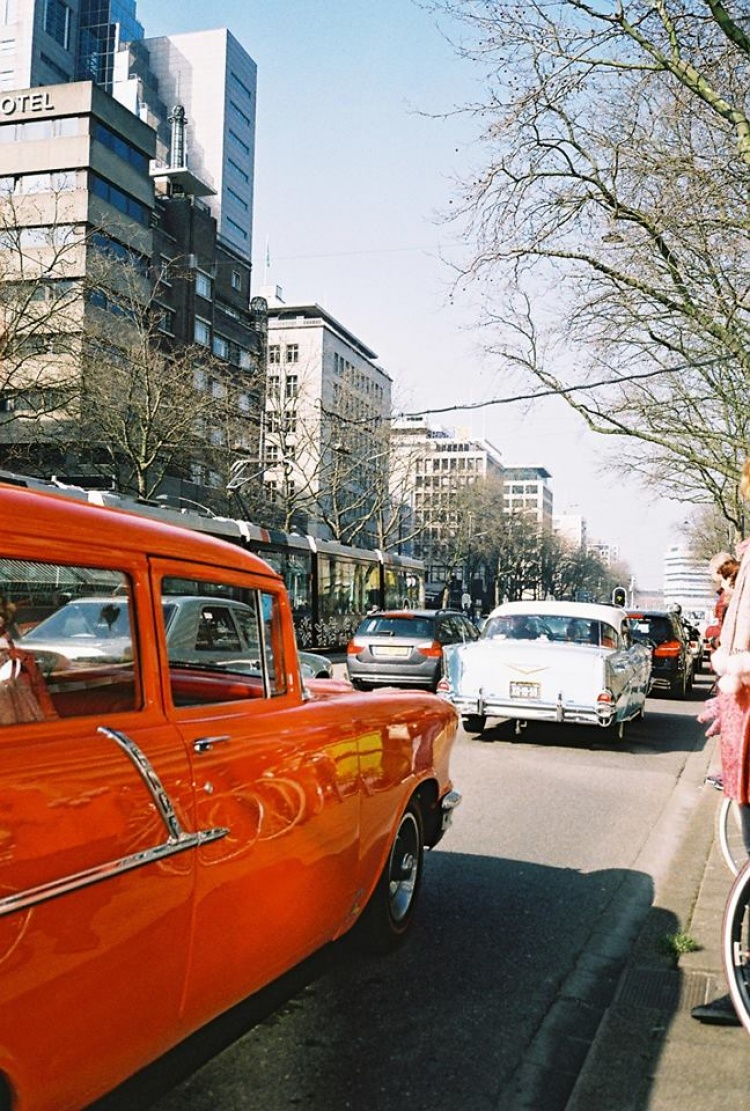 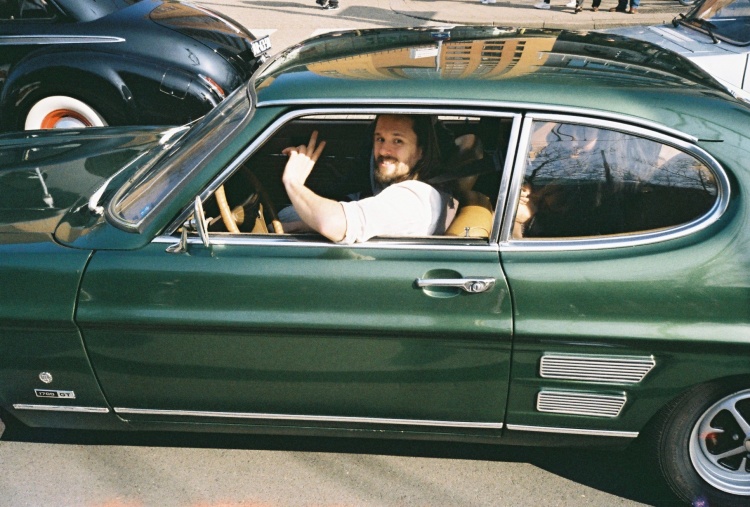 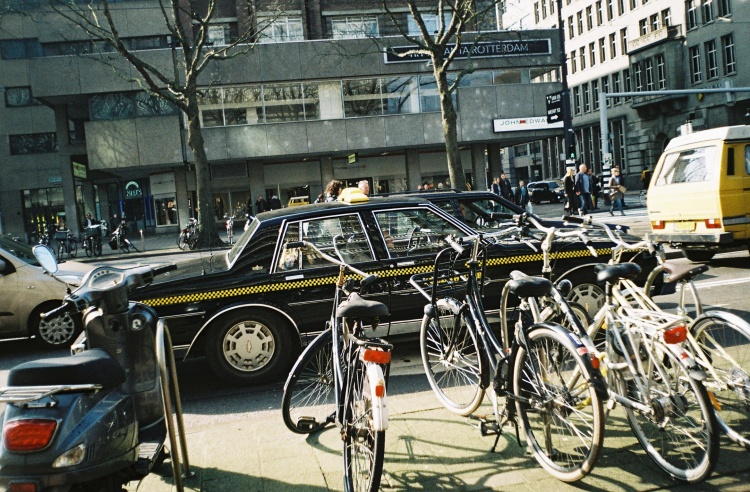