//THE CABINET OF DR. CALIGARI

The Cabinet of Dr. Caligari is a German silent horror movie from 1920 directed by Robert Wiene. The film tells the twisted tale of an insane hypnotist (Dr. Caligari) who uses a sleepwalker to commit murders. What’s so compelling about the movie is the dark and distorted visual style. Conventions of perspective and proportion are disregarded, representing the deranged, subjective point-of-view of the crazy Caligari. The gloomy and surreal aesthetic is typical of the German Expressionist movement that was prevalent in Berlin in the 1920s. 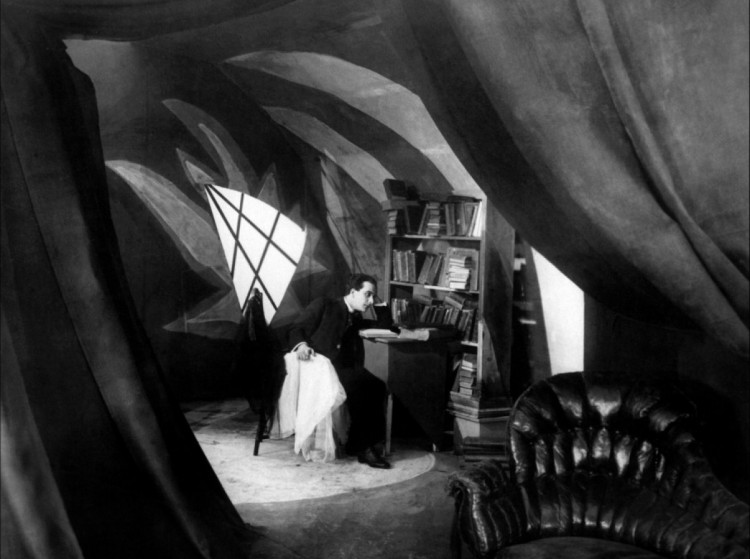