Monika Sosnowska (born 1972 in Ryki, Poland) began as a painter, but during her last couple of years at the art academy she attended, she felt that the painting started to “escape” her canvas. She began experimenting with the combination of two-dimensional painting and three-dimensional space, before giving up painting altogether and using the architectural space as her 3D canvas. Sosnowska deconstructs pre-existing architectural elements; staircases, facades, windows and corridors and restructures them into a new form, altering their meaning. Witnessing the fall of communism in her native Poland, the work is a physical representation of the dystopian decay of socialist authority in the everyday life. The surrealistic shapes intervene with the viewer’s perceptions, blurring the lines between physical space and mental space. 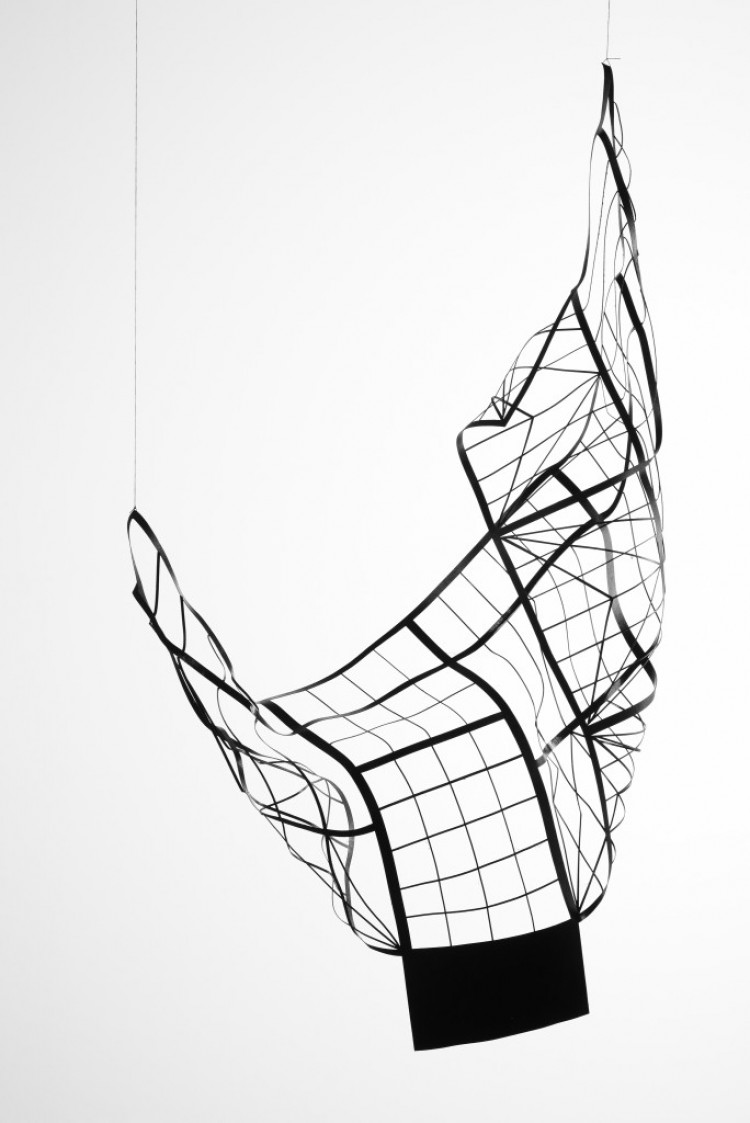 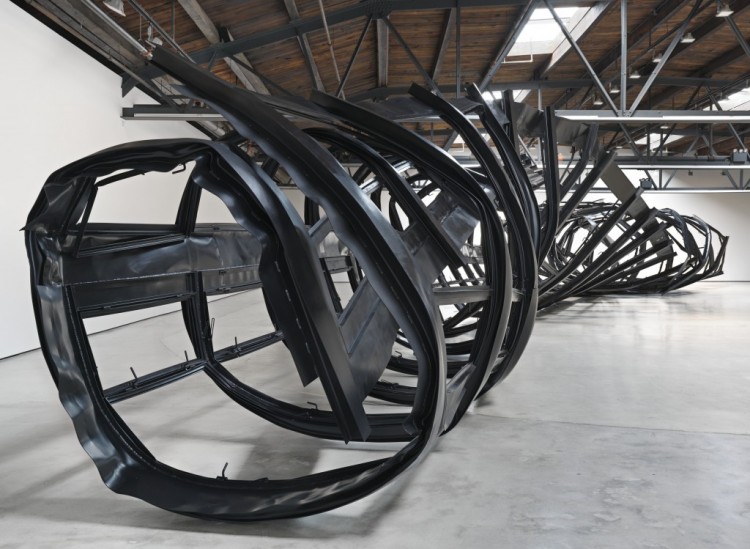 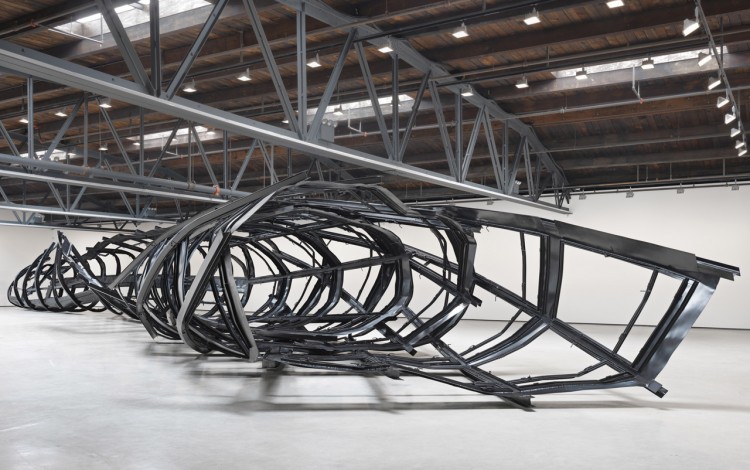 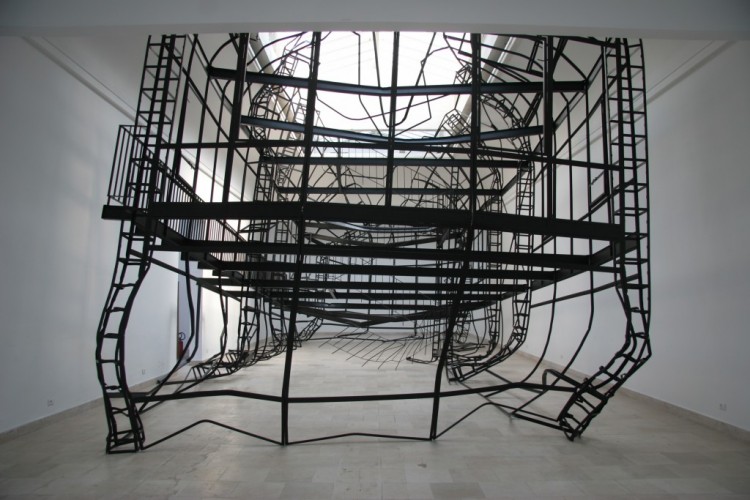 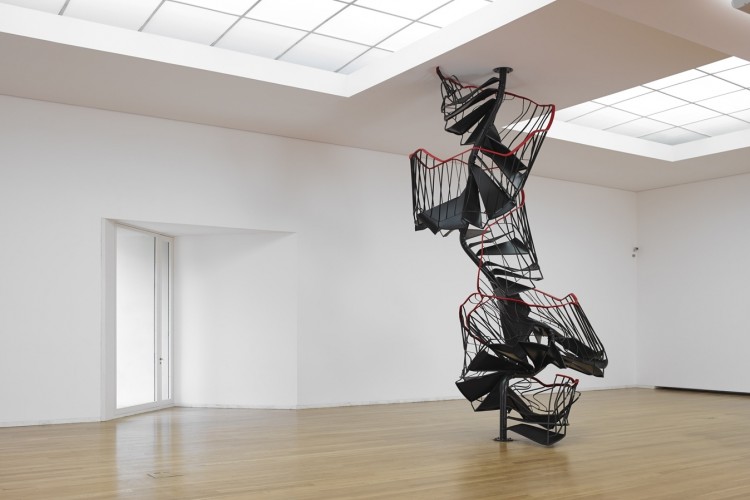