Lucas Zimmermann is a self-taught photographer, and explores light and color with his “Traffic Lights” series. The series consist of traffic lights photographed by night. Zimmermann photographed these series in the place in which he lives and works, in Weimar, Germany.

Zimmermann is fascinated by light which is visible through fog. “The unknown hue of bluish light is like the fog hidden for the human eye, but photography shows us things we otherwise overlook, such as a simple traffic light on the street. An all-known object, which produces a strong effect in an unnatural situation with a simple photographic setup”, as he explains. The result is an unexpected and riveting light show, despite its static subject matter. Fog seems to be its own character in these shots, as the mood shifts and colors both blend and separate. Zimmermann reportedly used 5-to-20-second long exposures to create the images. And white balance was the only attribute manipulated after the photos had been captured. 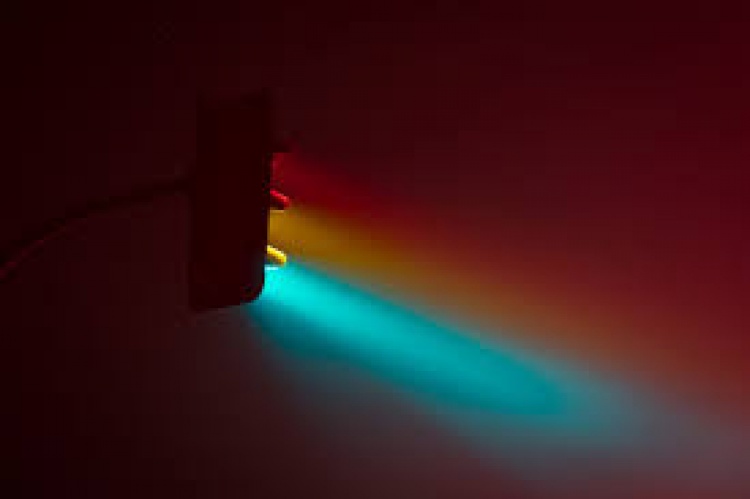 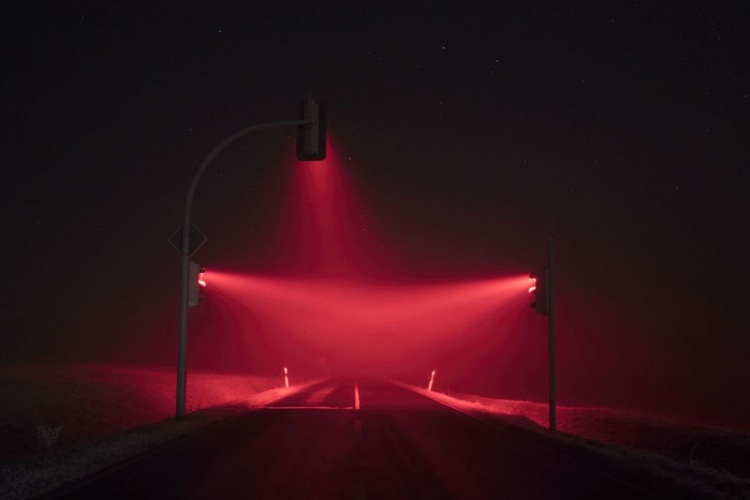 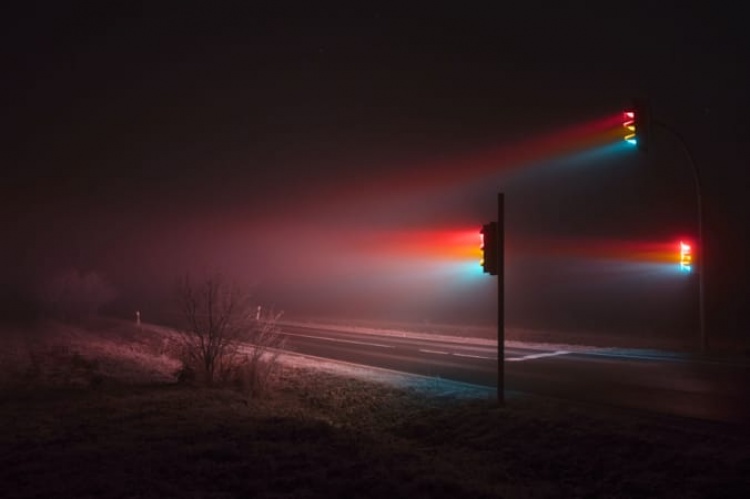 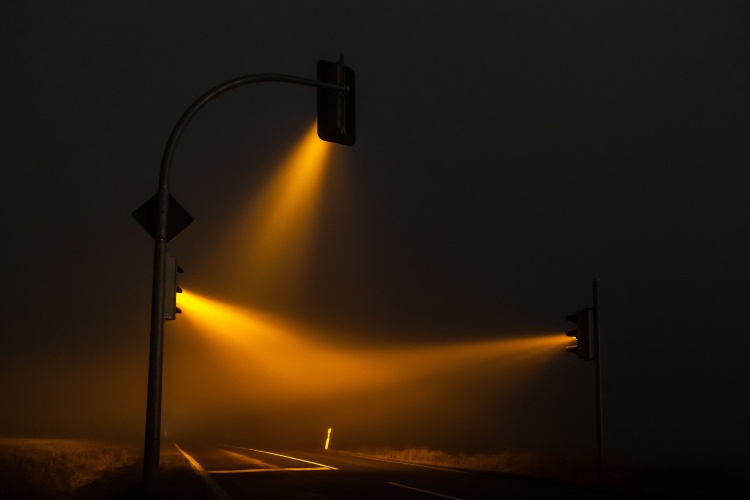 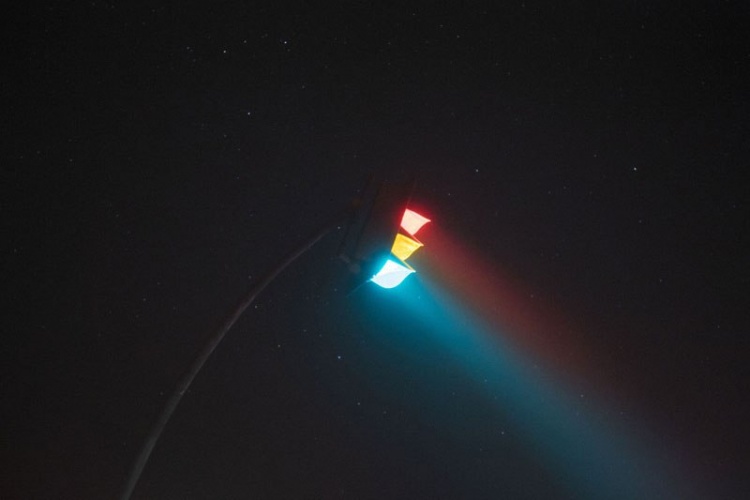 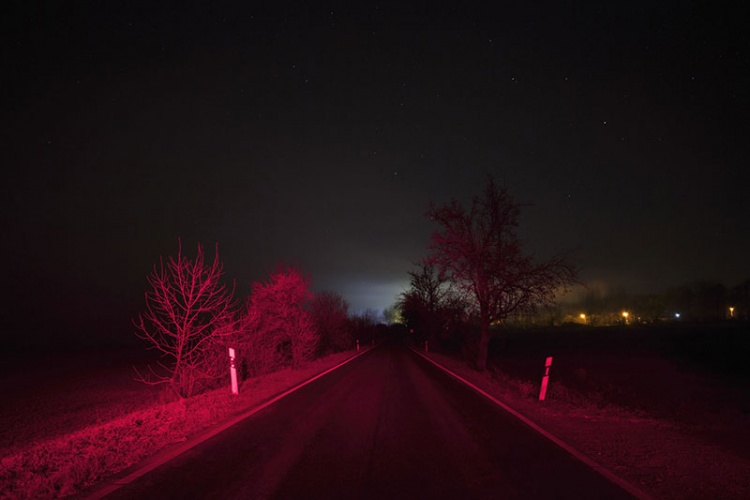 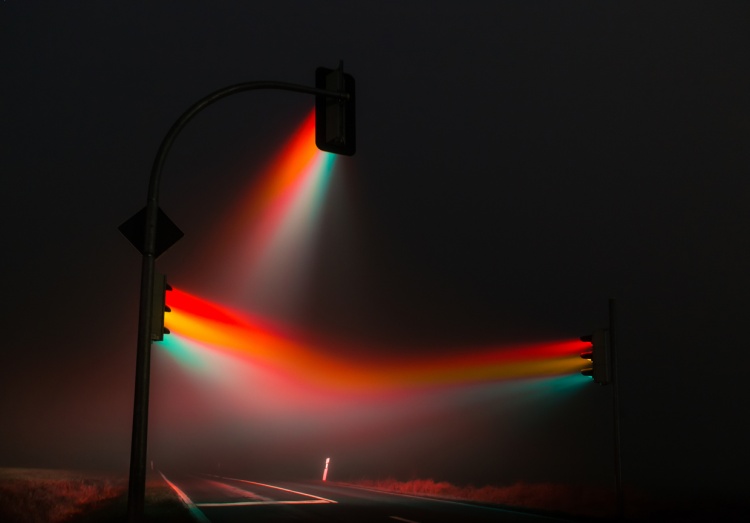