Some people hate him some love him. I guess it doesn’t really matter because Julian Schnabel loves himself and makes magic. He has a ridiculously long list of work titles; painter, sculptor, furniture designer, filmmaker and it goes on. What ever he does he does it with such power and dedication that he can pull it all off in my opinion.

But I personally fell in love with Schnabel over his paintings, his house and his attitude. 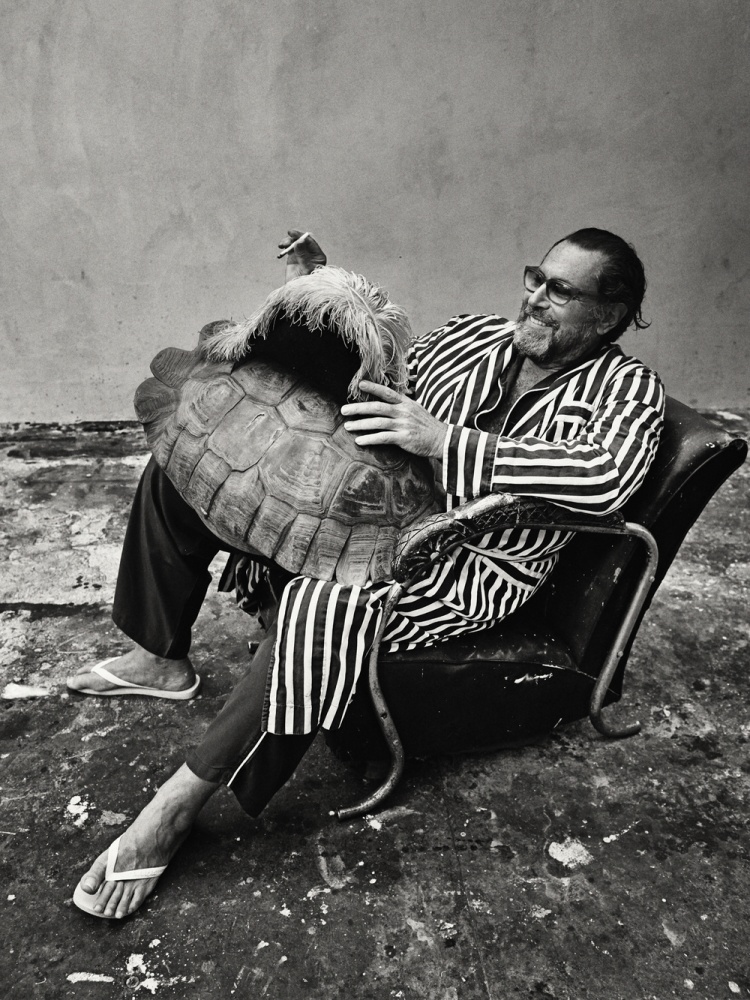 Breathing cool he has several houses but calls New York home. This is where he has build up his humble home “Palazzo Chupi”. A ginormous pink palazzo that he has build on top of an old factory in Greenwich Village. It took him over two years to build and reconstruct the whole thing but what he created can be seen as a true sculpture to live in.

Not just the outside is breath taking just take a look at the interior. It is so enormous that it is said that it feels like a monastery dedicated to art and design. 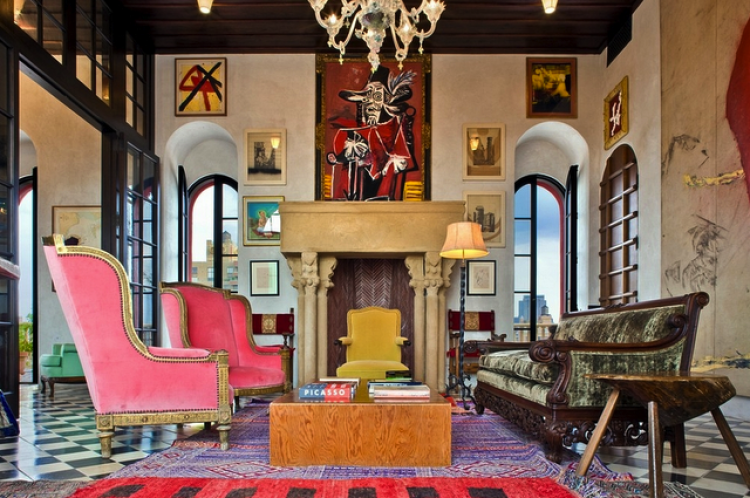 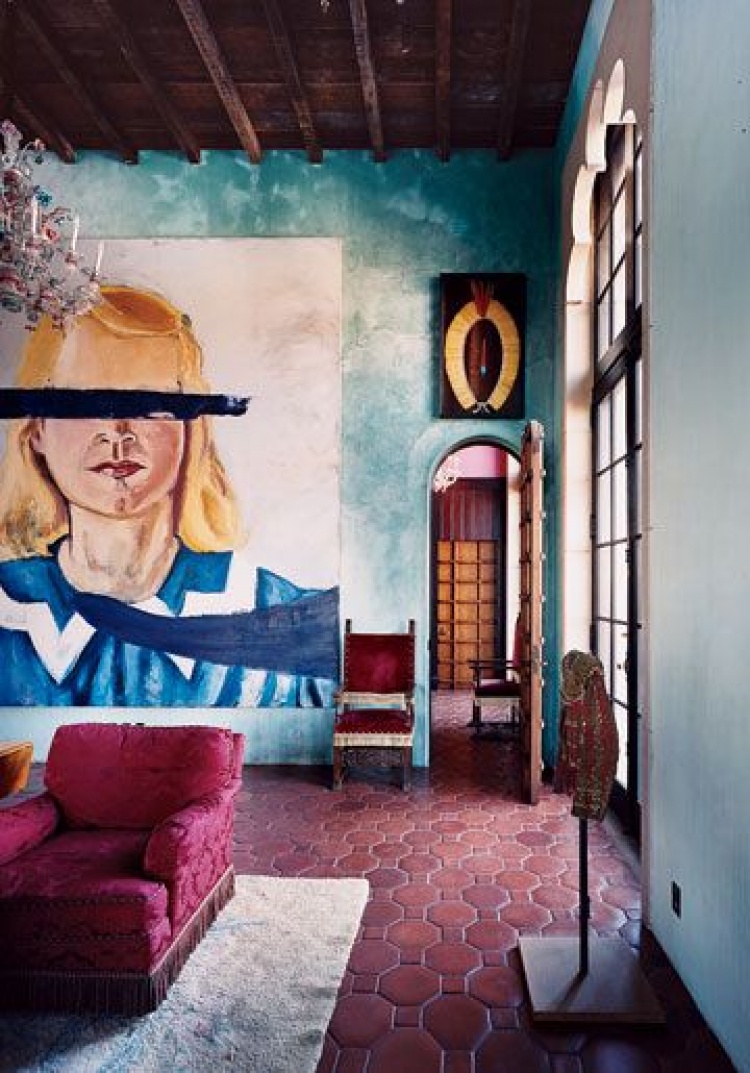 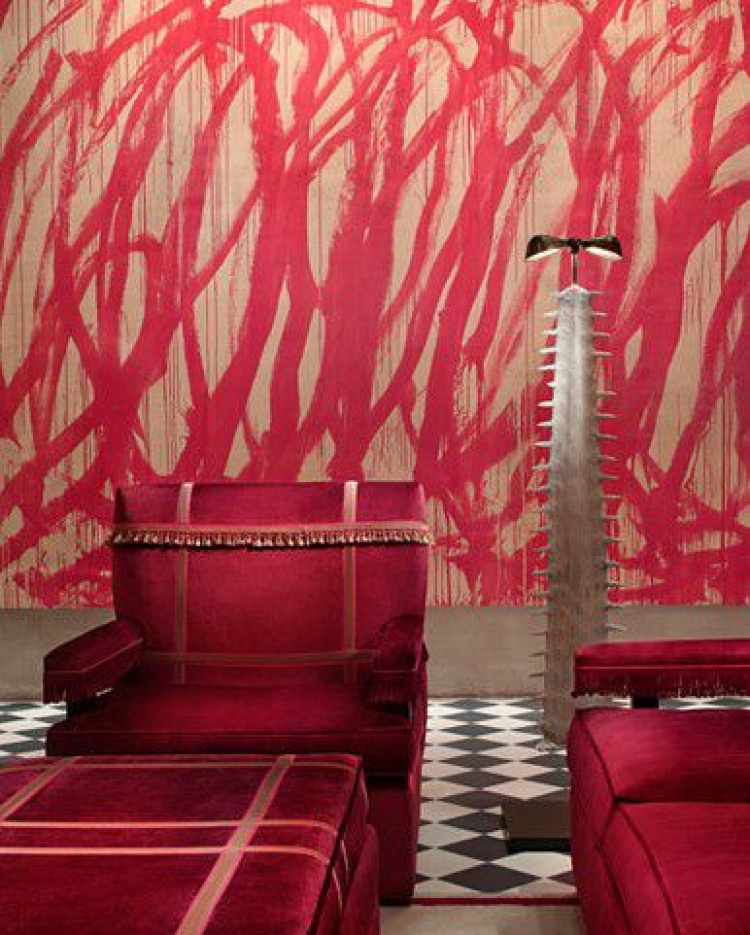 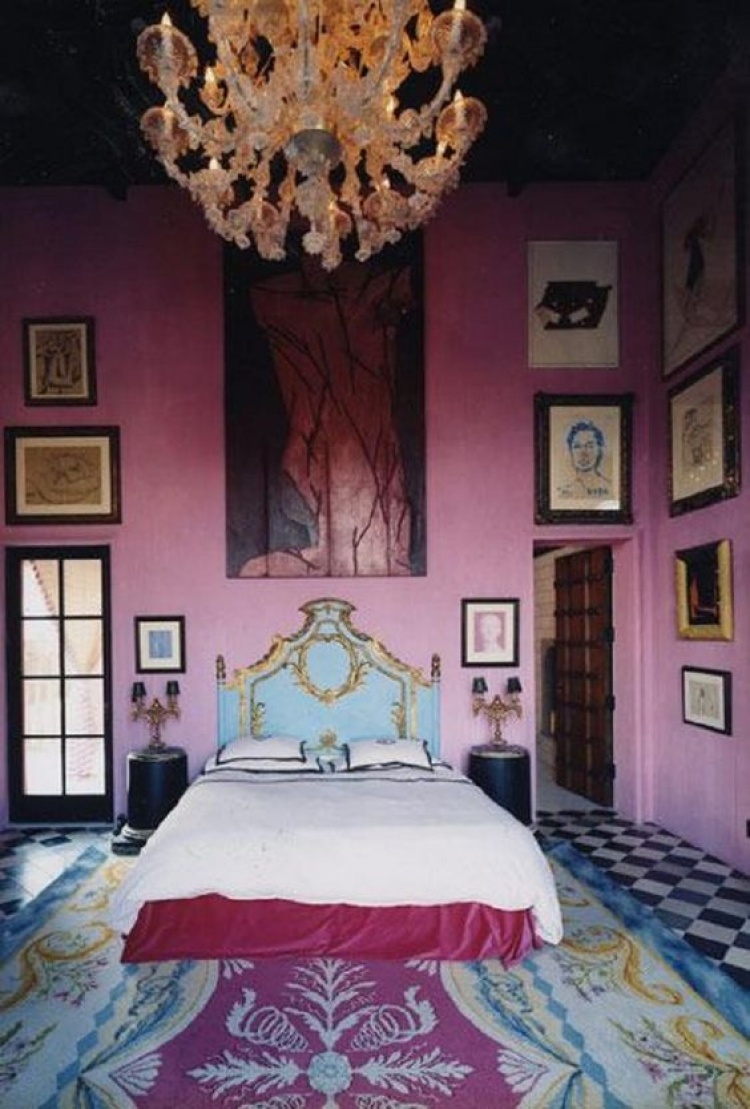 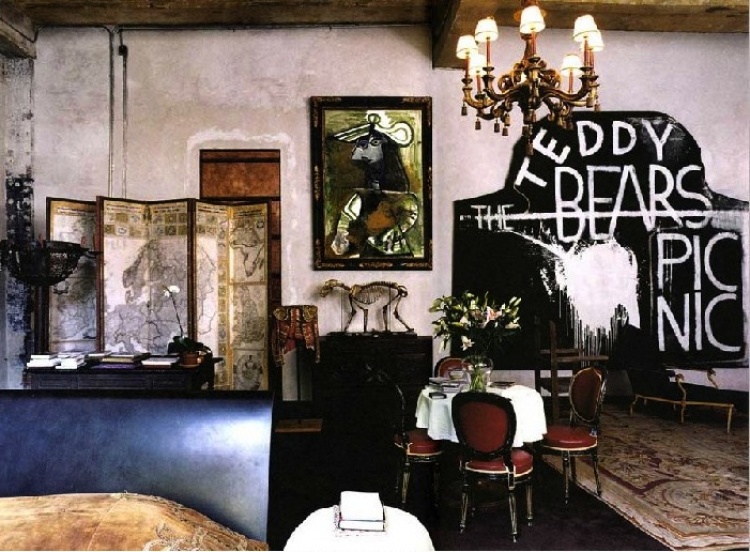 So they don’t call him the “Renaissance Man” for no reason. He has literally created his own palace in which he combines everything he likes. The house is filled with art (much of his own) and insane furniture (again also his own). It looks like a castle that got turned into a museum through time.

This just blows my mind and more importantly shows how big this guy is.

I therefor find it impossible to show you all his work. My favorite paintings are the ones he makes on found images or objects. He reacts to them with his paint.

He once explained himself as a jazz painter; he chooses a beginning point but often has no particular plan yet. He moves around, washes paint away, paints outside and leaves his paintings outside in the sun and rain. It feels like he is constantly looking for a way to implement chance into his paintings. The scale on which he paints offers him the ability to do so in my opinion he has to use his body and others to work on these enormous canvases. 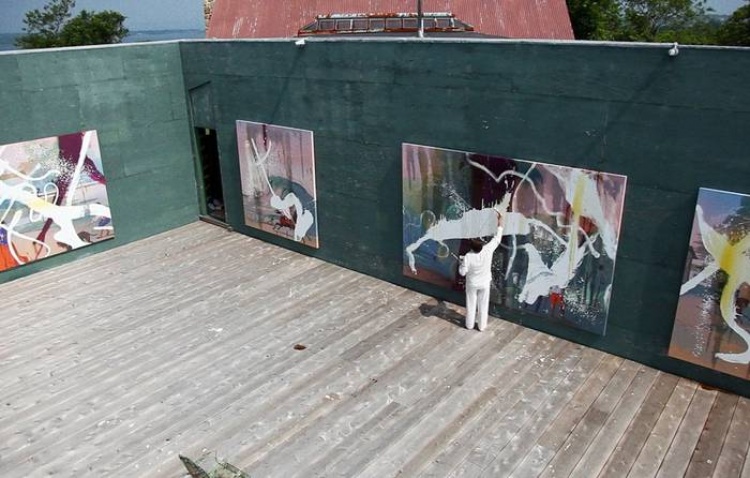 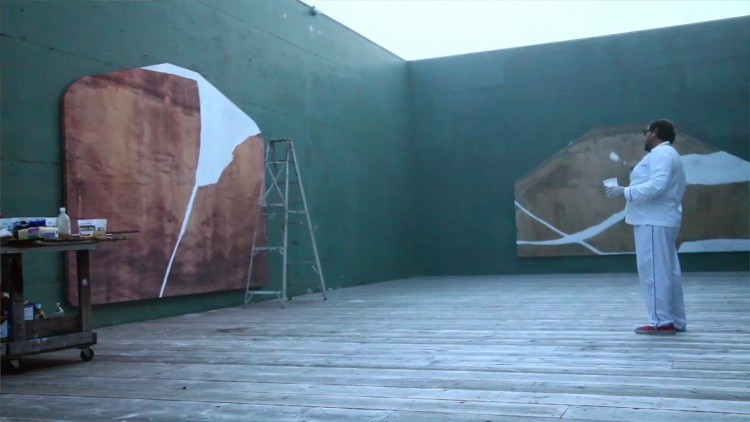 The diversity of his work is very strong, he is never afraid to hold on to set rules within painting. With this confidence comes an ego but also a rebel. His way of painting and working in general is electric and makes me want to Schnabel my life up. Push myself to create more and let go of control now and then, let chance take over and embrace the crap that I see beauty in on my way back home.

This series is called “surf paintings” because yes, Julian is a fanatic surf dude. 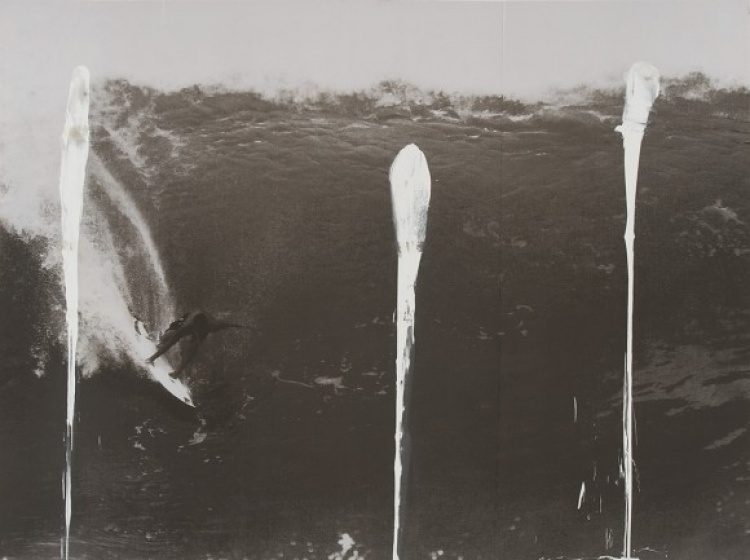 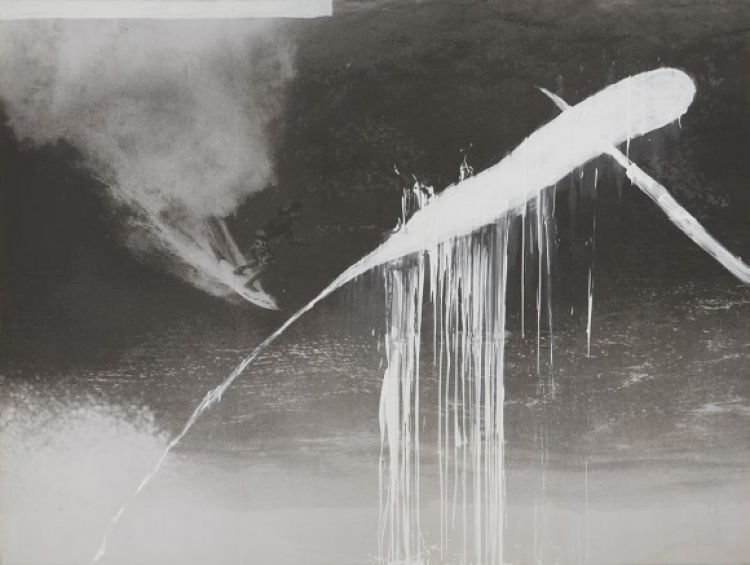 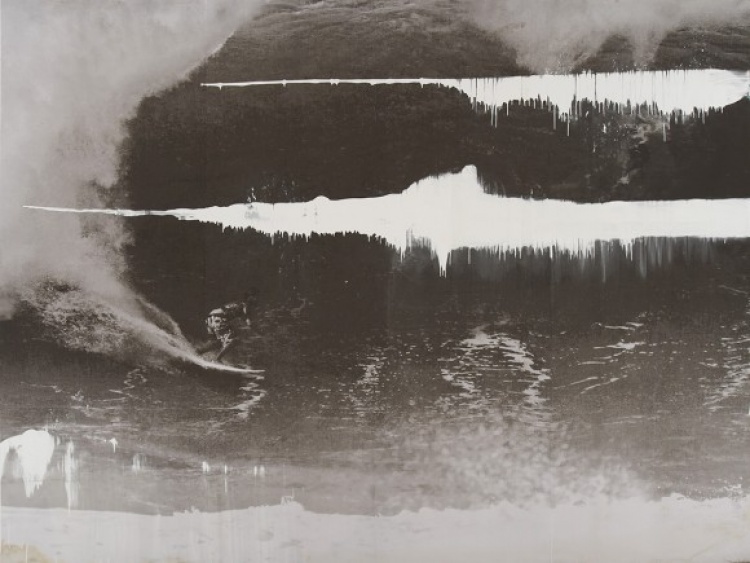 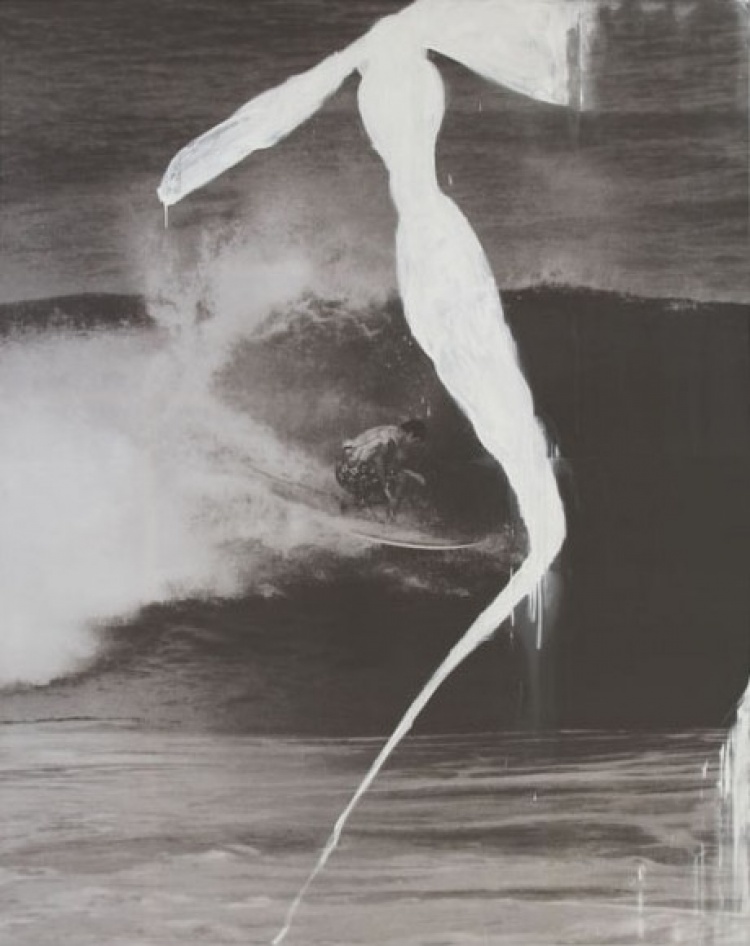 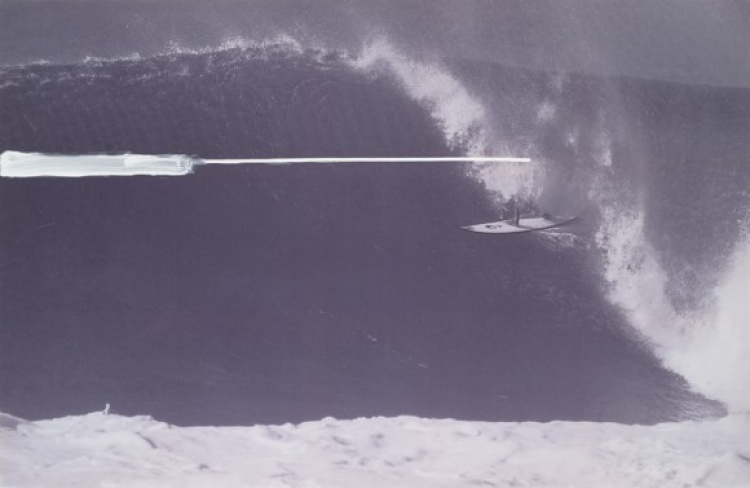 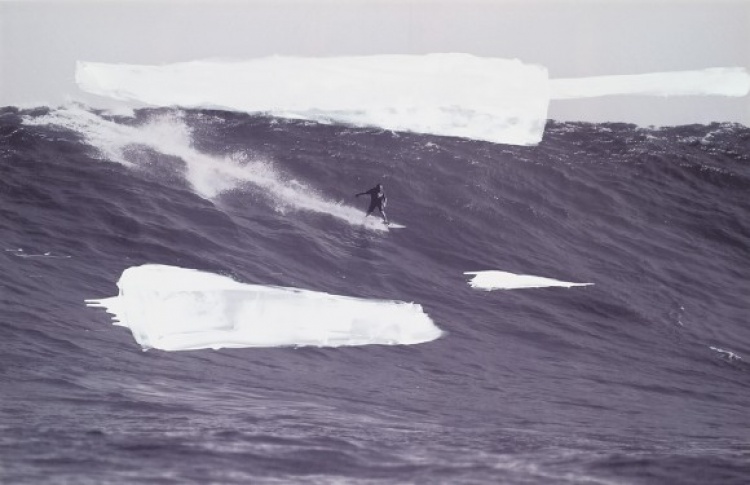 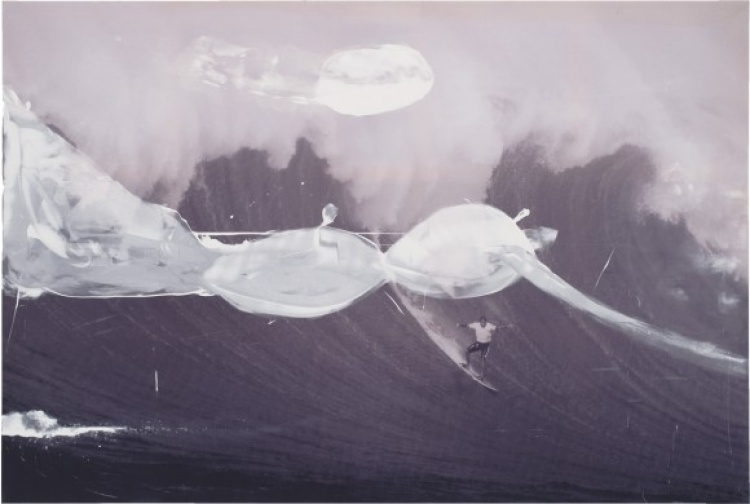 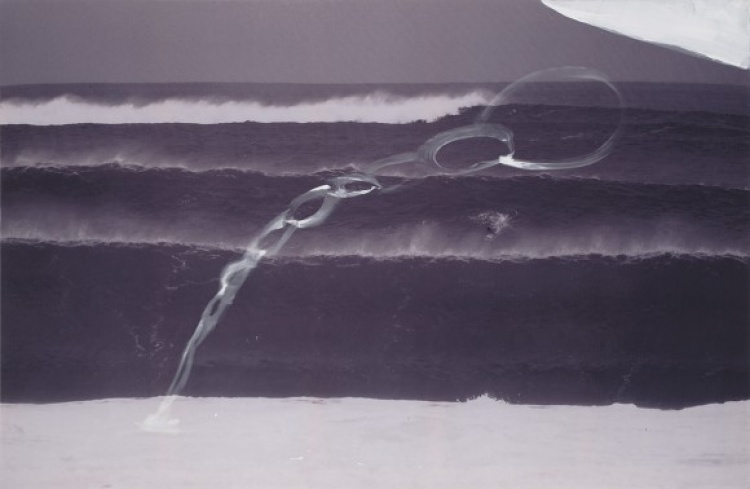