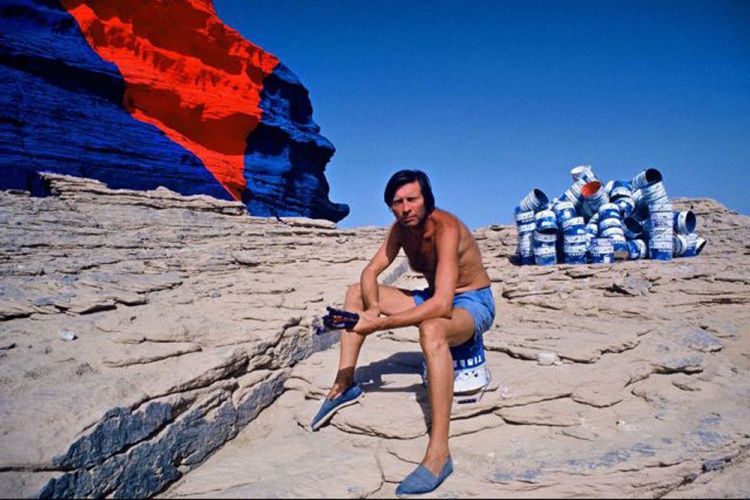 A few years ago I bought a secondhand art book in one of my favorite bookstores in Paris.  I remember that something about the pictures appealed to me but other than that I had no clue who the artist was. Strangely enough I never bothered to look him up, until the book caught my eye this weekend. It felt like an old friend that I had neglected a bit but as it is with old friends, it felt really good to see him again.

Let me introduce to you: Jean Verame, Born in Gent in 1936 but living in France. Jean can hardly be described by just one title he is a writer, painter, sculpture and land artist. There is not a lot of information of Jean in English traceable, most articles are all written in French. It made me wonder exactly how well known Jean is. Especially his later work is incredibly impressive; it is land art in it purest form.

In 1975 Jean already started to paint rocks as a canvas, he has painted in Egypt, Morocco and Texas but my book focuses on his biggest work in the Tibesti mountains in the Sahara. Jean travelled around the north east of Chad in 1987 for weeks to find the right waves and sights to start his project. It took him 2 years to prepare this work because he was going to paint for months under rough circumstances. We’re talking about 1500 canisters of paint, custom-made especially for this project and 4 months of surviving in the dessert.  He used the deep Klein blue, vivid red and violet together with black and white to transform the gigantic rocks into a lucid dream.
When I look at the pictures I can only imagine how impressive it must be to walk through this place. He has made such a monumental piece of art that lies hidden in the mysterious deserted Sahara were little people will ever be able to see it in real life. It is and ode to nature it self and reminds me of how humans have been painting inside caves and on rocks for centuries. The scale of this work is so immense that it gives exactly the right perspective. These mountains have been around longer that humanity itself and we should therefor be humbled by them and mother nature it self because we are just the lucky idiots that are allowed to live within this beauty. 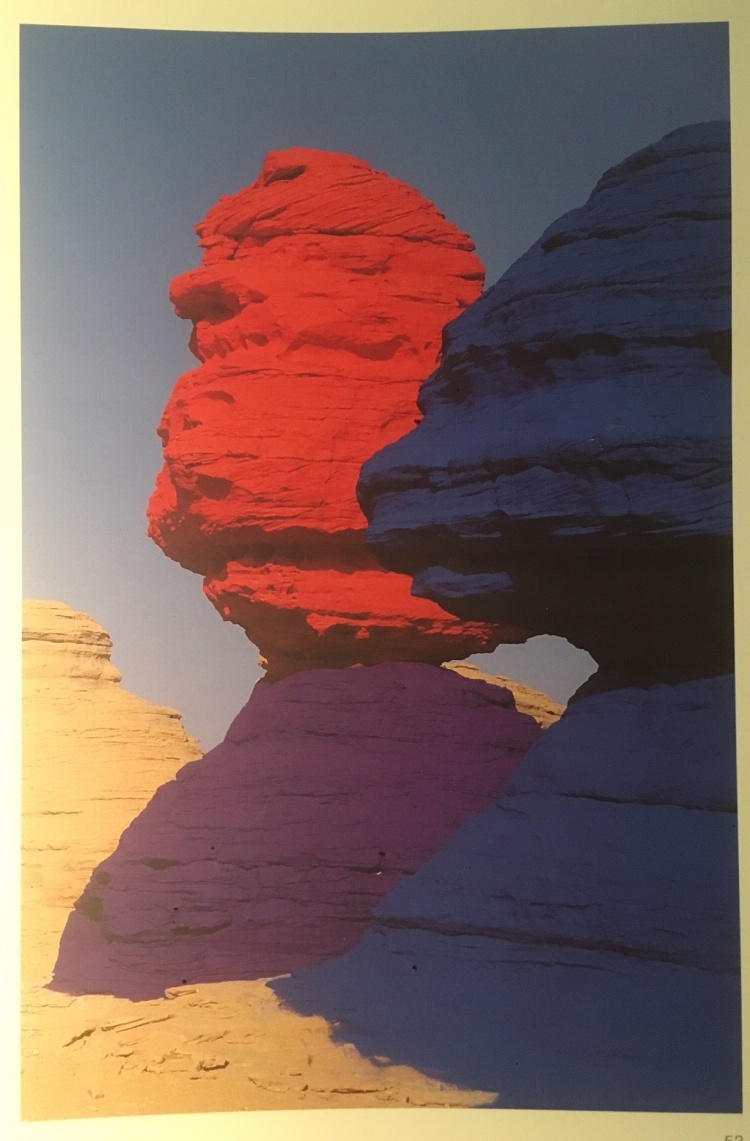 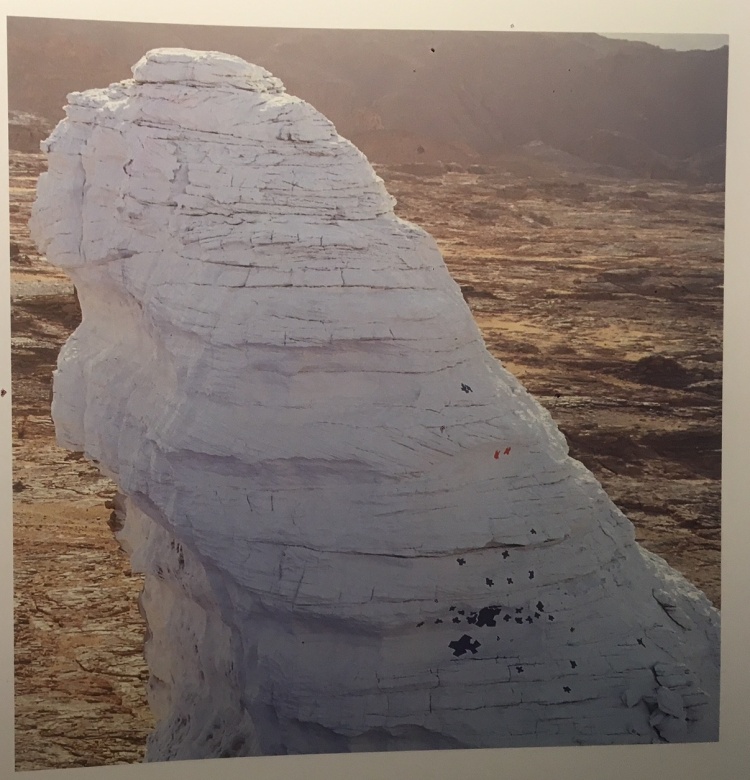 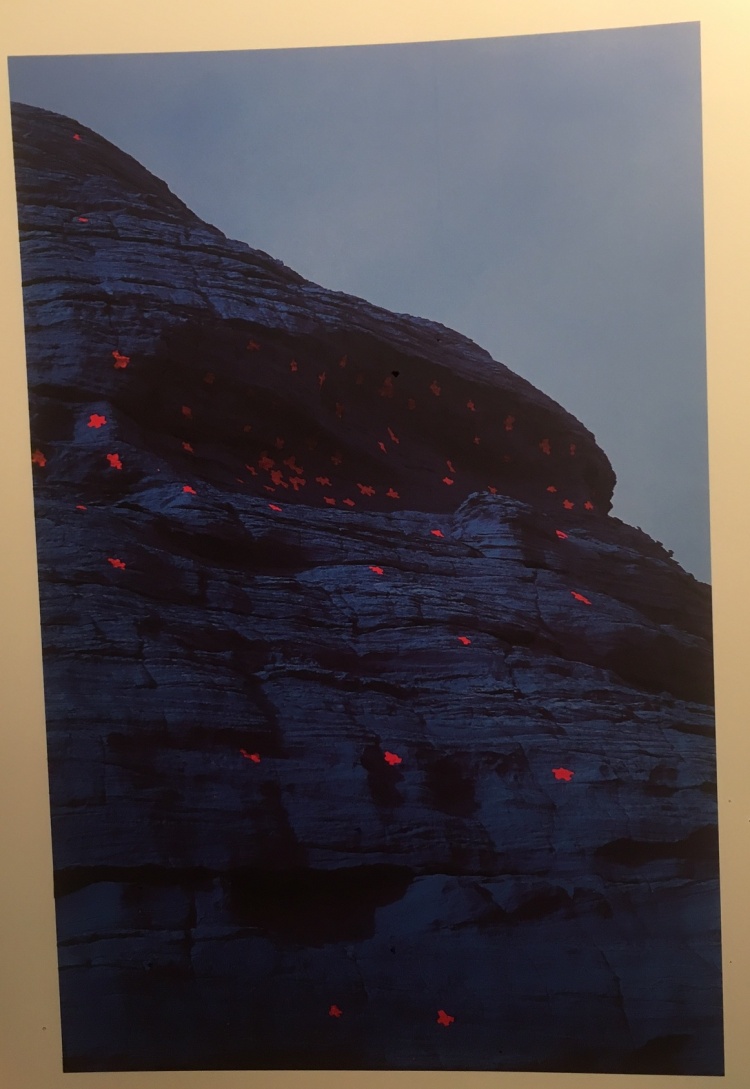 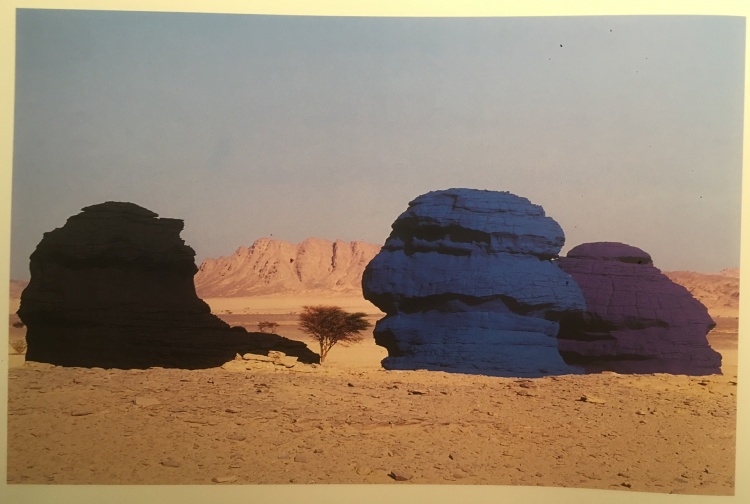 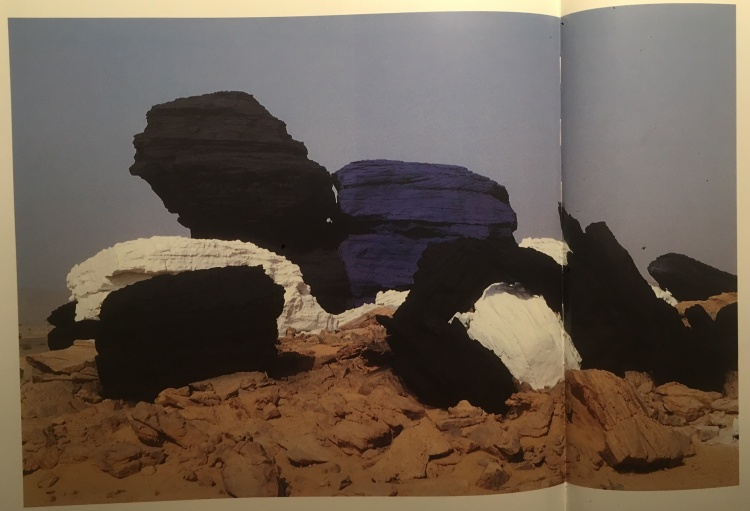 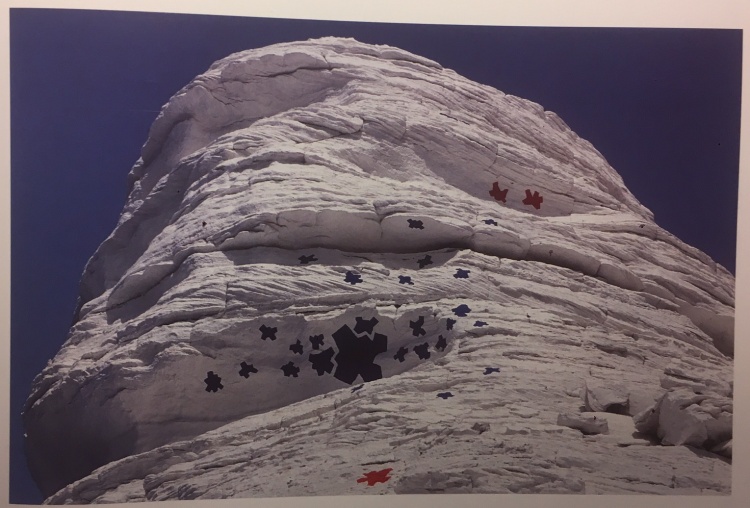 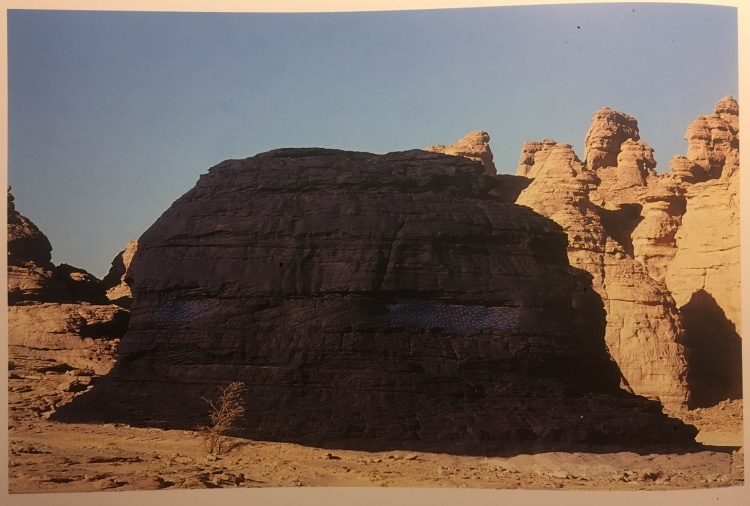 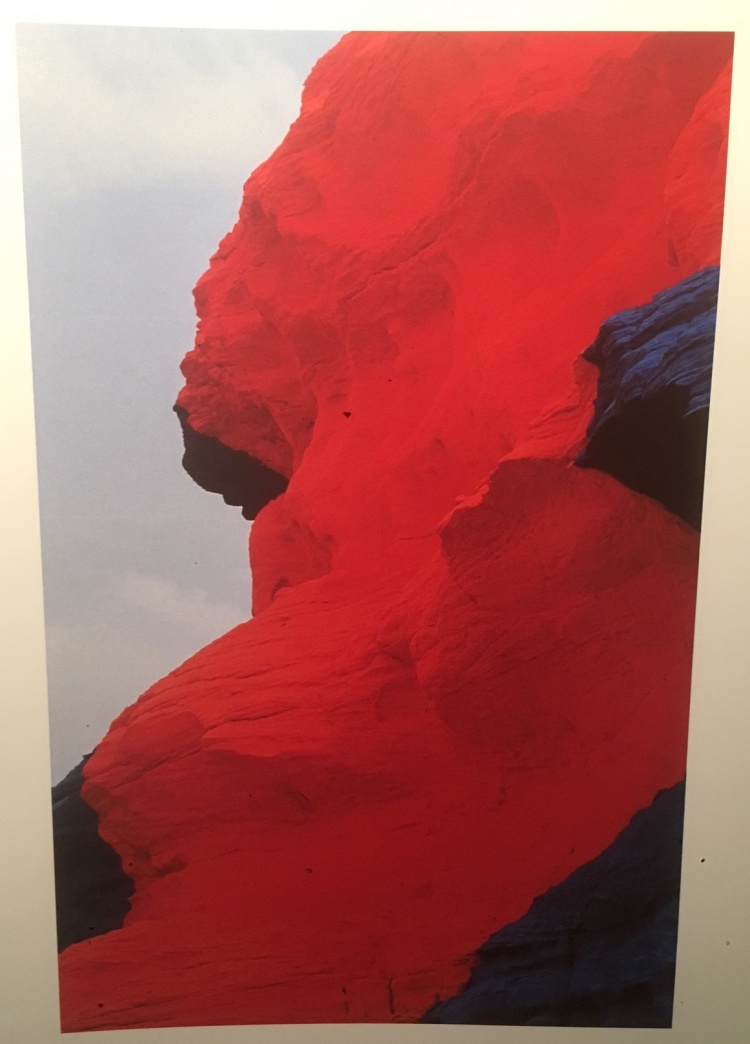 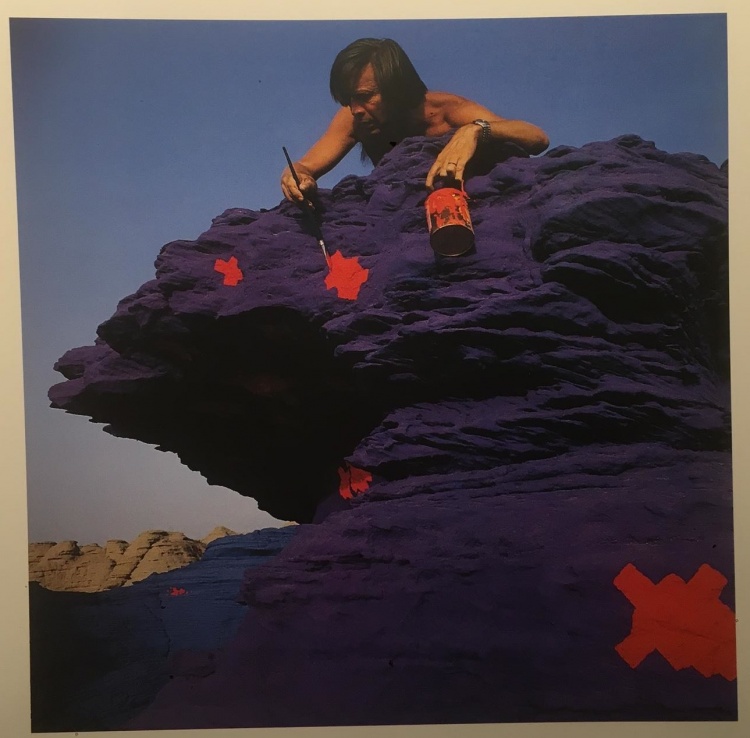 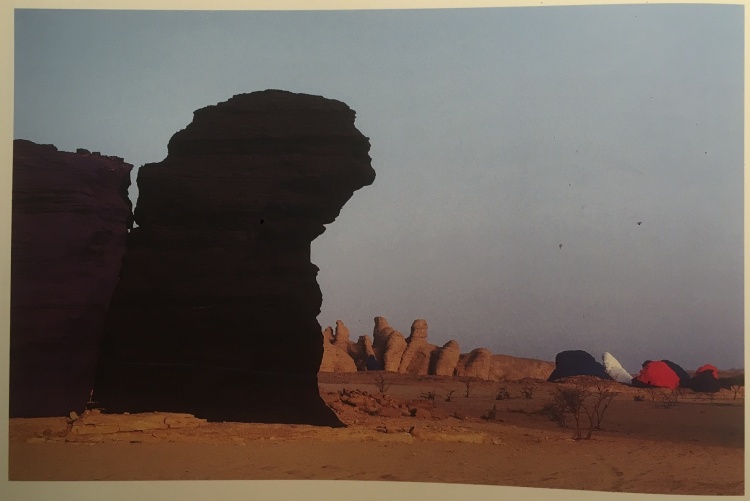