This week we’d like to introduce you to Fransje Killaars. Trained at the Rijksakademie in Amsterdam, Killaars began her career as a painter. Influenced by the works of Barnett Newman, Ellsworth Kelly, and Henri Matisse, Killaars is a Dutch artist with a recognizable, yet unique Dutch aesthetic. Killaars gained world fame with her colorful installations. Her installations are more like three-dimensional paintings made of woven carpets, different kinds of fabric and wool strands. Killaars has been intruiged by the relationship between people and fabrics, and the various ways fabric plays a role in our daily life. By folding, cutting and draping the fabrics Killaars creates intense spaces. As she self says:

‘De power and impact of color amaze me every time. To search for new experiences I want to add an extra layer, and extra meaning to the space.’ The tangibility of the fabric suggests a link to the relationship between man and daily life objects. Killaars work is on display at the GEM in The Hague till May 1st. 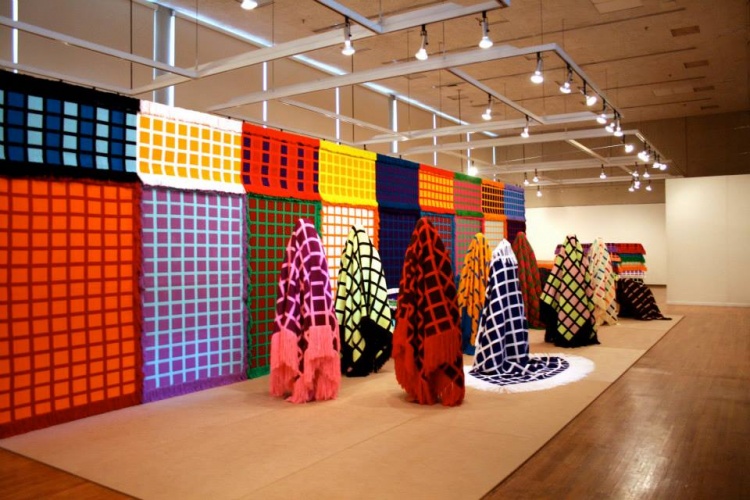 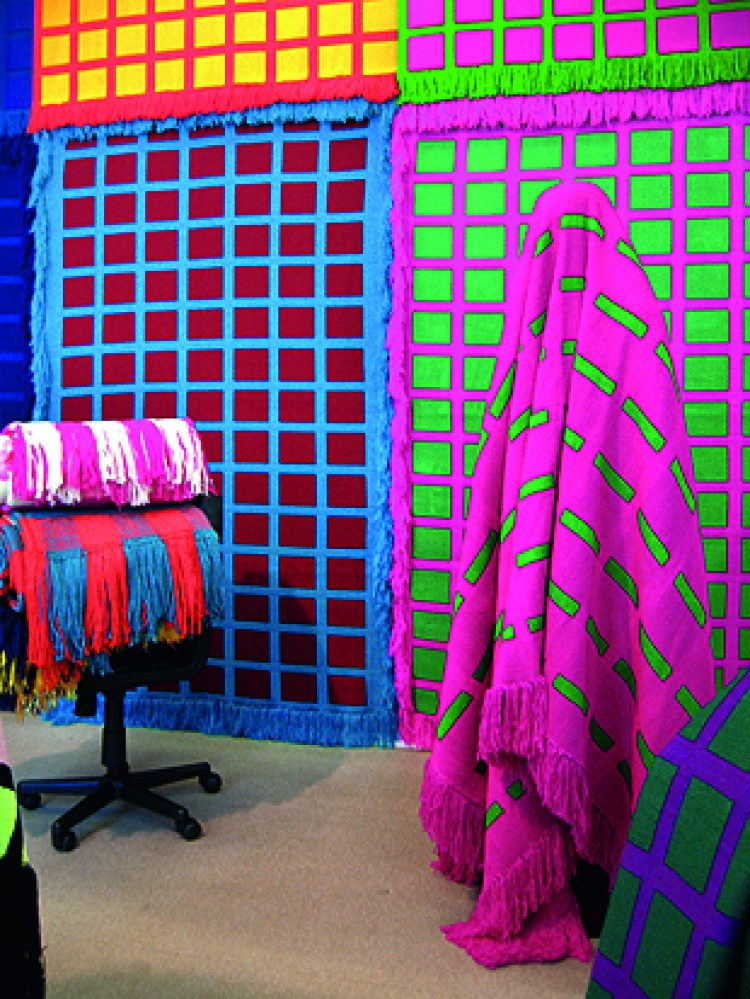 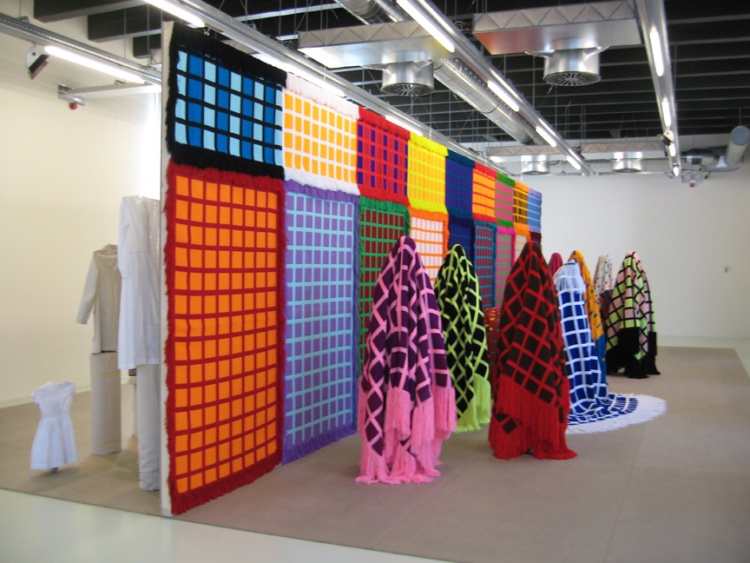