Our bedrooms tell stories about us. They become the repository for memories, desire and self-image. American photographer Adrienne Salinger made a series of photographs taken in the early 90s of teenagers and their bedrooms is an incredible insight and a glimpse into the past. She was fascinated going into strangers’ homes and into people’s bedrooms, asking them about their lives and hearing their stories. She was interested in the rich visual information showing the contradictions and ambivalence of coming of age. We’ve seen messy bedrooms before in photography, but in Adrienne’s project there’s a real sense of her subjects’ identity being portrayed. Adrienne chose teenagers because they’re on the edge of rapid change. It’s almost the last moment they’ll be living with their parents, in rooms that contain all of their possessions. The past is squeezed together on the same shelf as the future. She met her teenage subjects in malls, restaurants and through friends. Adrienne told them not to clean their rooms, not to prepare in any way and no parents allowed. The contrast between cute toys and make-up is stark and the static pose of her subjects brings an extra awkwardness. Looking back at these photographs over 20 years later adds another layer of nostalgia to the series. 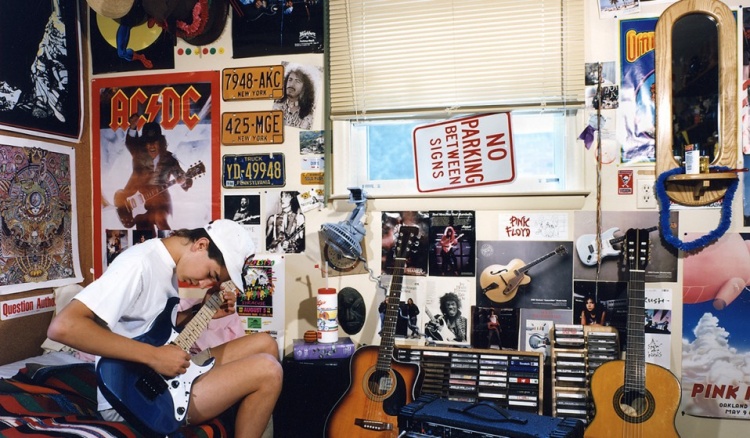 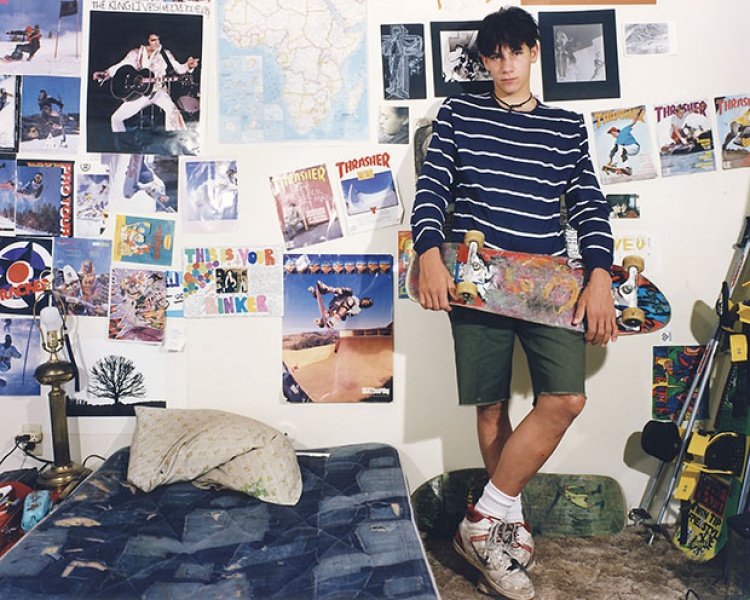 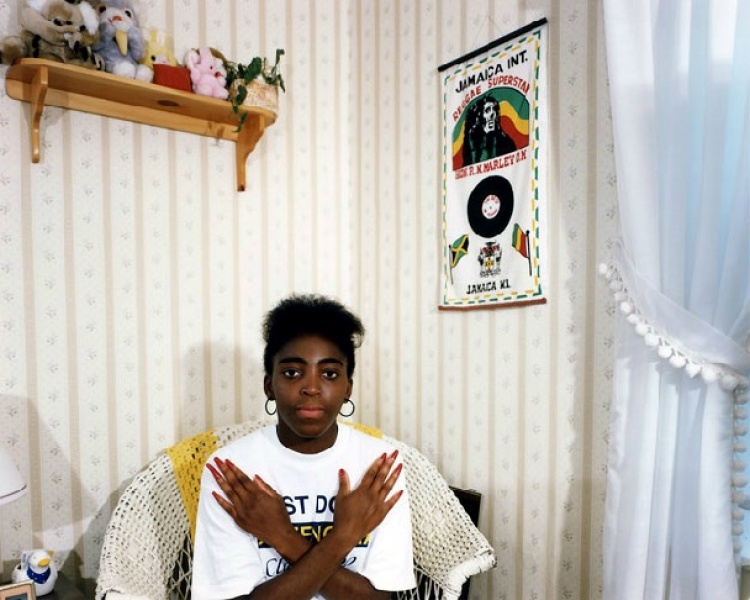 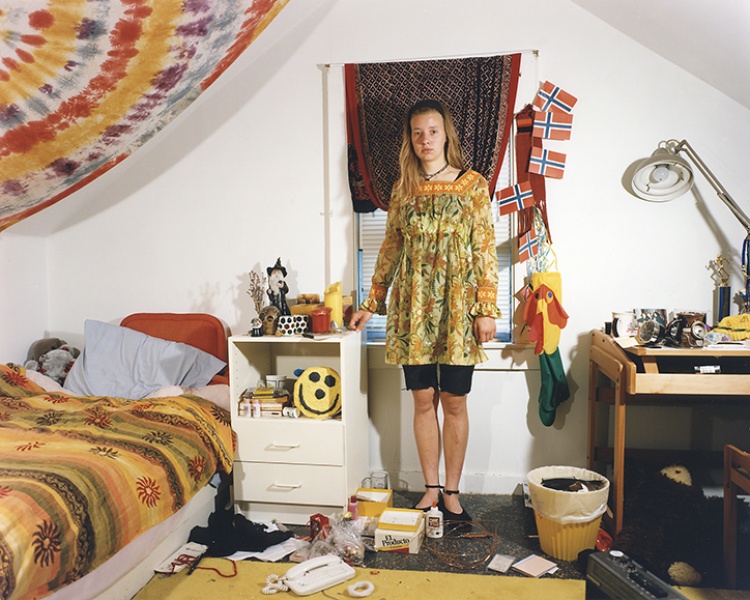 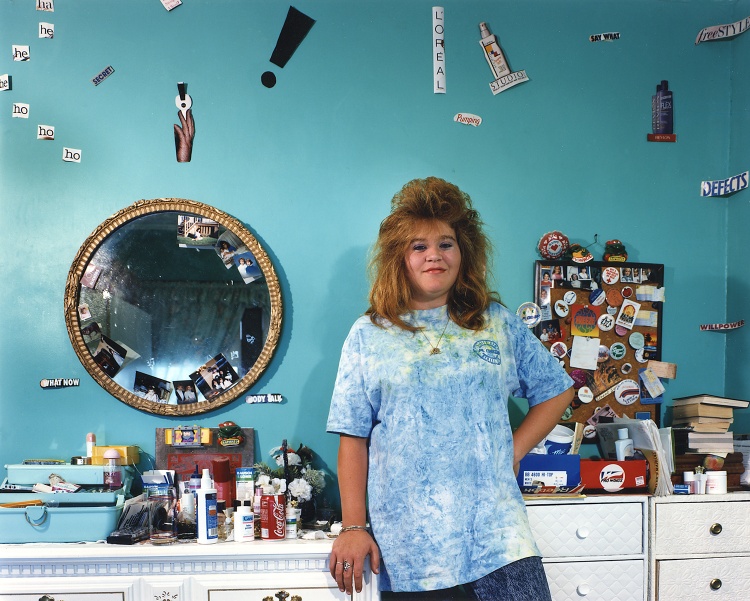 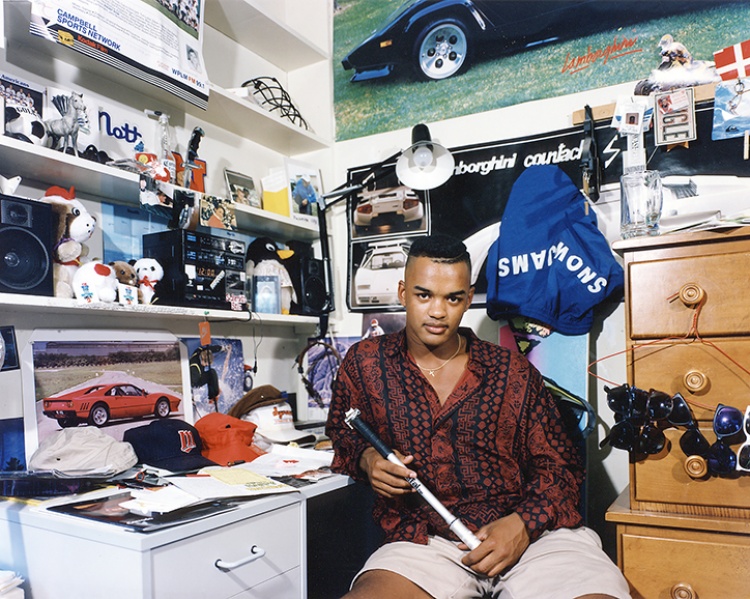 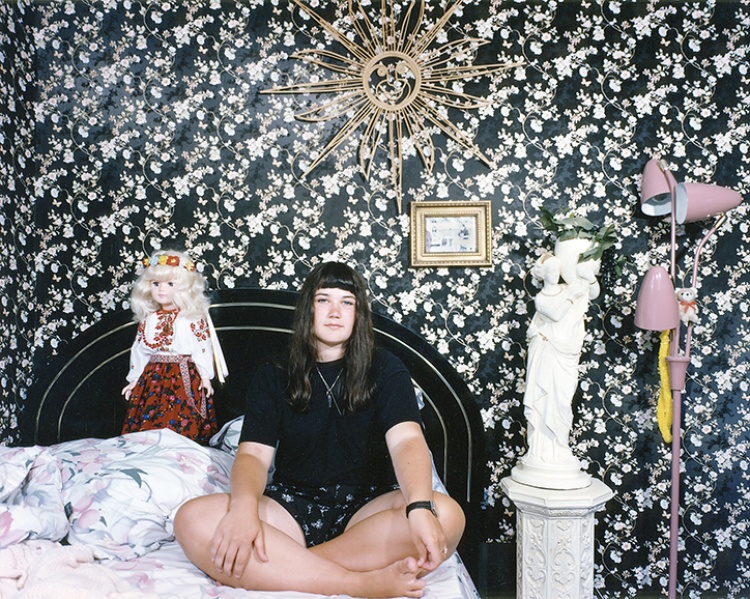 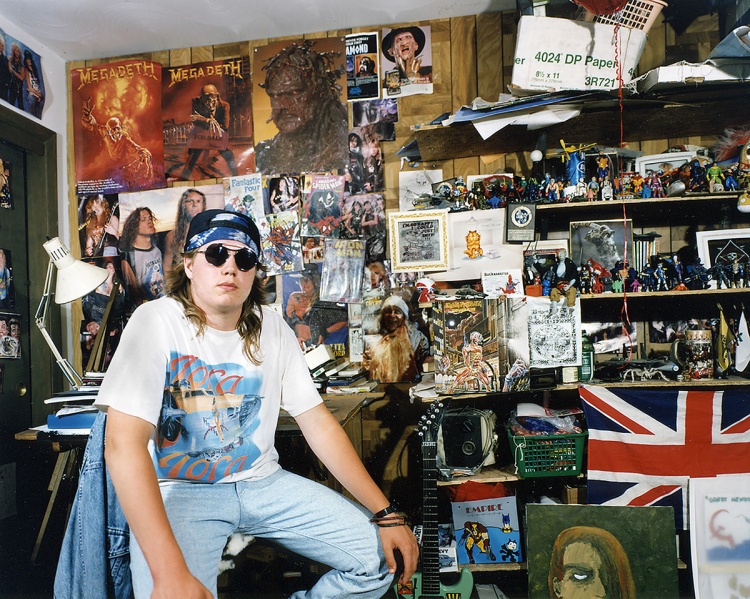 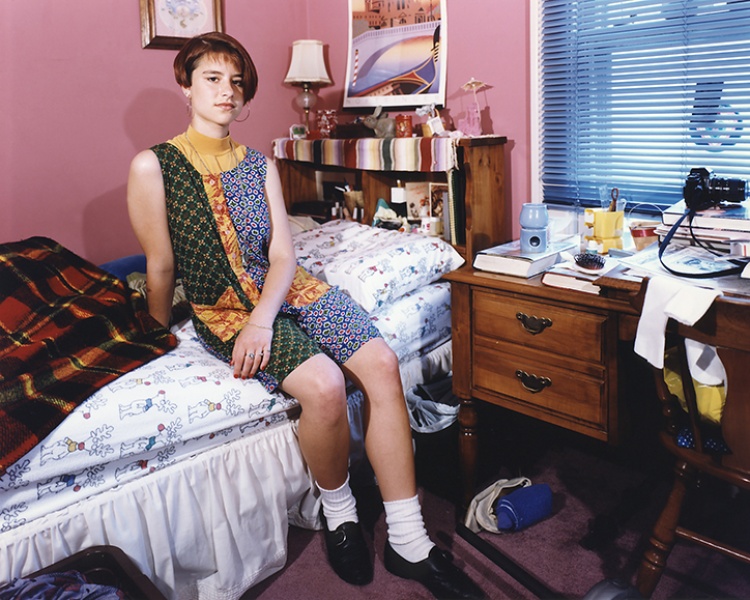