Mosse made several trips to eastern Congo to capture on film the region's intractable spiral of war. Since 1998, this conflict has claimed the lives of 5.4 million people, yet goes relatively unreported in the mass media.  Richard Mosse documents armed rebel groups in eastern Democratic Republic of Congo using a type of infrared film that was originally developed by the military to detect camouflage. This now discontinued film registers infrared light and is characterised by its unusual colour palette of vivid pink and teal blue. 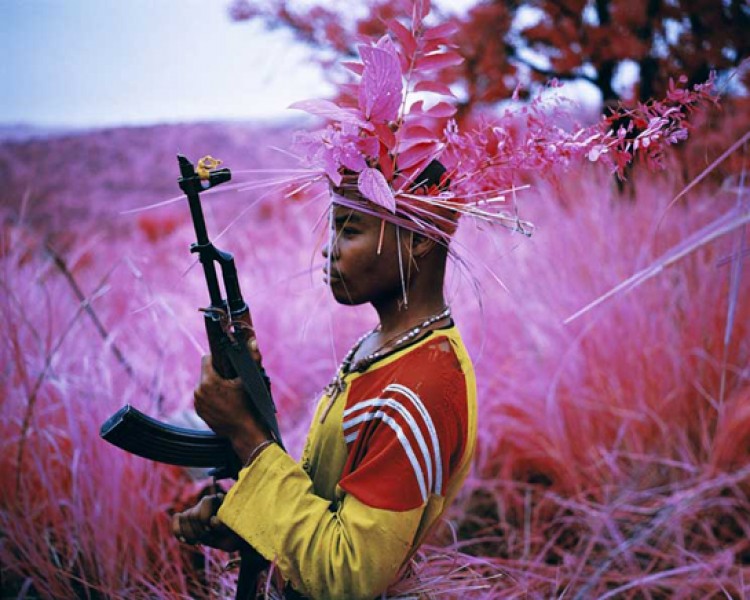